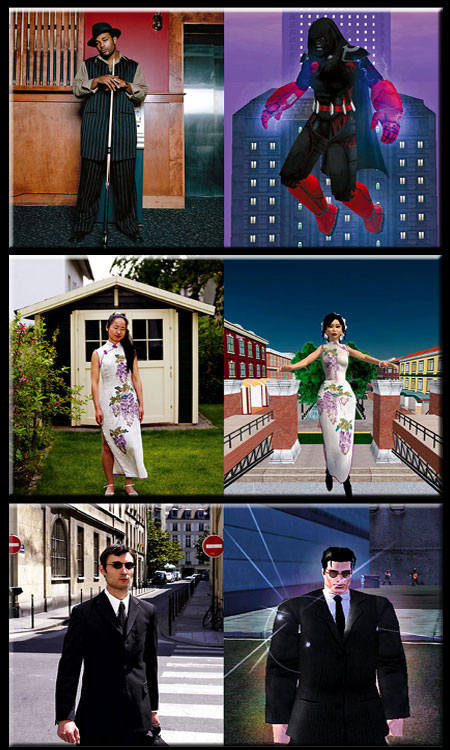 Many people who have an avatar (digital representation) in online communities like Second Life choose to appear completely different, but some people bear a striking resemblance to their virtual persona.‚ This New York Times‚ photo‚ series‚ shows a set of images that span the spectrum, but the best pairs‚ from the set are shown below – each showing different kinds of similarities.

In the top photo, the personality seems to show between the characters despite a dissonance in terms of actual appearance. The second pair shows a surprisingly close set of physical and actual outfits. The third, though, seems the best of the bunch – one can almost imagine the guy on the left exuding the presence that is physically represented by his bulkier virtual counterpart.