(Above [Citation Needed] Wikipedia Graffiti from Flickr via Snarfd)

What makes great graffiti into geek graffiti? It can be the approach, using nifty computer equipment to generate graffiti (for example). It can also be the content, as in the case of pixelated, projected or or even “physically hyperlinked” street art. The following examples span the spectrum but share elements only a geek can fully appreciate. And see more under 100+ Works of Creative and Geeky Art and Graffiti. 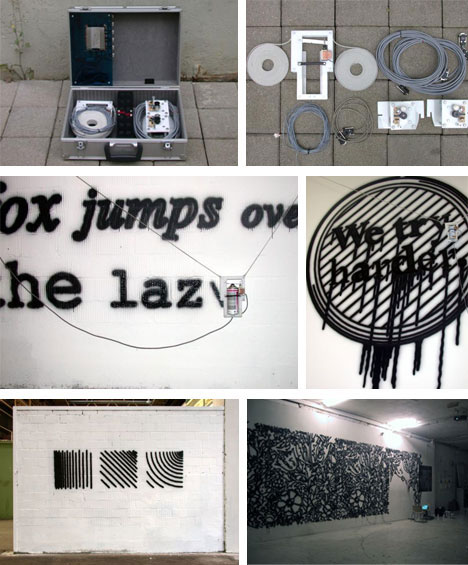 Hektor “is a portable spray-paint output device for laptop computers.” In essence, it is a machine that packs into a suitcase but that can be rapidly deployed to plot out digitally created graffiti on urban surfaces or at art shows. This geeky graffiti art project is even open source, with the technology made available to anyone who wants to use it. The low-tech nature of production results in interesting ambiguities that inform the finished works and make even repeat pieces varied and original. 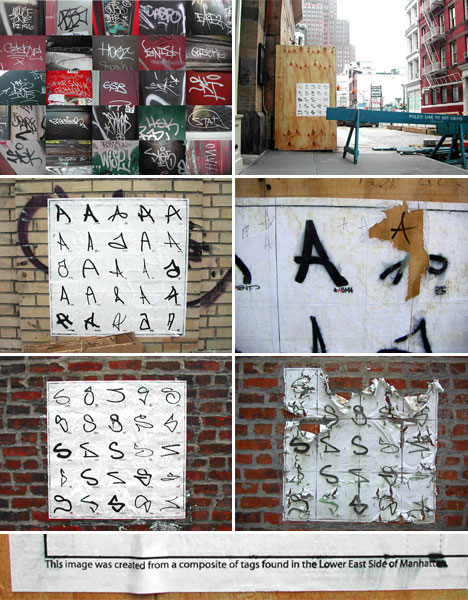 Graffiti Taxonomy starts with finding tags in a given area (e.g. the Lower East Side) and distilled into font-like digital representations. They are then sorted by letter to compare the differences from one tagger’s work to the next. Finally, they are printed out as collections and pasted on public surfaces, a kind of geeky intellectual meta-graffiti. 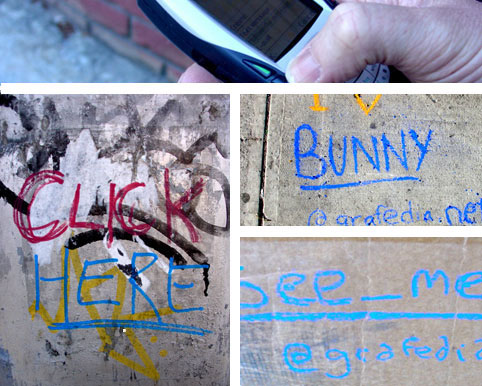 Grafedia is an interactive process of ‘linking’ the real world and in the internet (yes, double-meaning intended). People submit media files (images, text or video) to the Grafedia website then scrawl email addresses on real world walls that, if emailed, will return that media file to the emailer – a “real-life hyperlink with urban surfaces as webpages.” 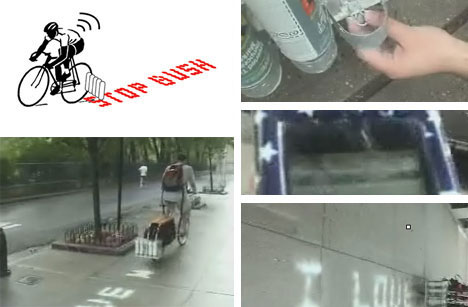 The SMS Guerilla Projector “is a high powered, home made projection device that can be used to project SMS messages on to buildings, signs or any other surface.” A mobile phone, camera lense and slide projector are combined to create this light graffiti device that can be used to broadcast visual messages many times the size of the device itself and on prominent urban surfaces.

The TXTualHealing mobile projection idea would work great with the guerilla projecter above. Messages are texted to laptops attached to projects and broadcast in realtime at set locations all the way from Munich, Germany to Toronto, Canada high up on buildings in crowded places. The short film above demonstrates this strange street art in action. For more, here is a great illustrated guide to graffiti around the world

as well as related articles on architectural light graffiti and 3D street art. Know of more? Add them in the comments below!

And: Hilariously Geeky Art and Graffiti