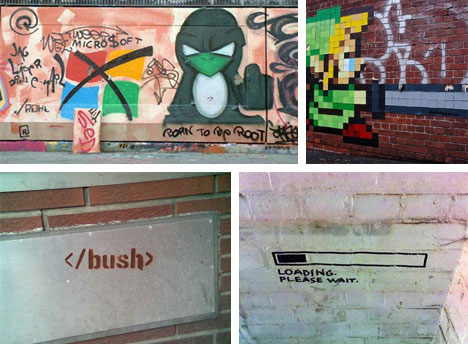 What qualifies something as unusually geeky street graffiti? In some cases it is the content but in many instances it is the methods employed in its creation. Here are seven more geek graffiti projects that comment on and employ tools of the digital age to reinterpret traditional street art approaches or convey contemporary messages via new media. 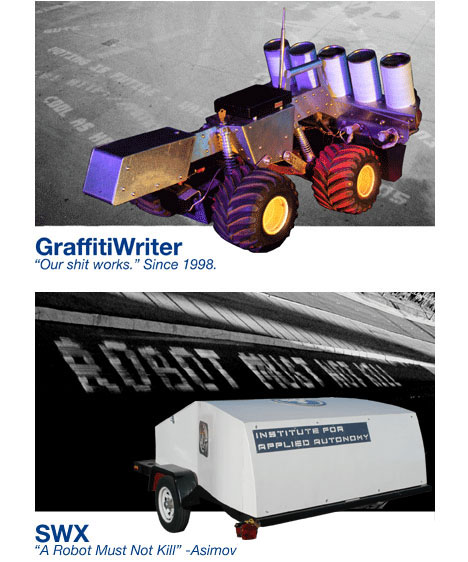 The GraffitiWriter is a remote-control robot that can write any programmed or instructed text message on the ground as it travels at speeds of up to 8 miles per hour. This dot matrix printer-on-wheels circumvents the potential problems graffiti writers might encounter with the authorities. It can also be equipped with non-permanent rain washable paints and deploy these rather than normal graffiti sprays as it traverses the urban environment. 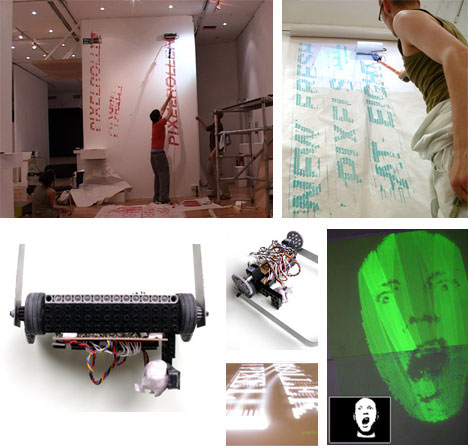 The PixelRoller is an intentional cross between conventional and manual printing methods, combining the ease of computer-age printing with the creativity of manual printing. This graffiti creation tool can be programmed to print any number of patterns with uniqueness and variability contingent upon the way these patterns are then ‘rolled’ on to a surface. 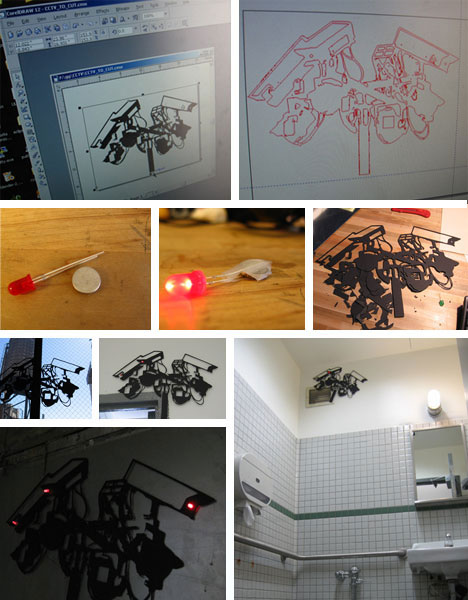 A few magnets, cheap cardboard, a laser cutter and a few other odds and ends were used to create the so-called CCTV Reminder. The basic idea is to leave non-operational reminders of the closed circuit television surveillance one might find oneself in when in various public contexts. In addition to the silhouette of a camera a simply battery-operated red light adds a final jarring touch of realism. 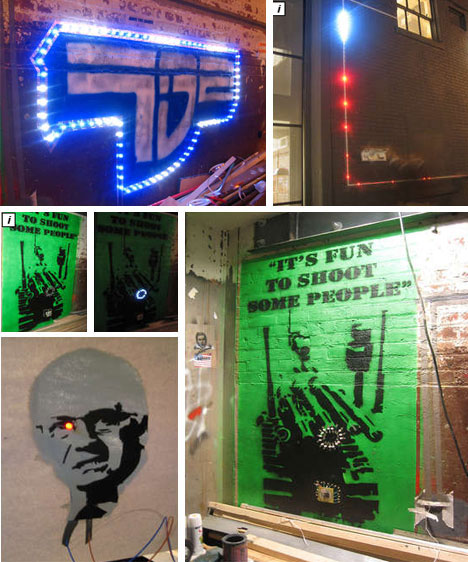 The Graffiti Research Lab, known for architectural light projection graffiti and other projects, developed the ElectroGraff method for embedding movable LED display electronics. Using conductive spray-paint and magnetic paint they are able to attach the display elements and power them without recourse to traditional and more-visible methods. 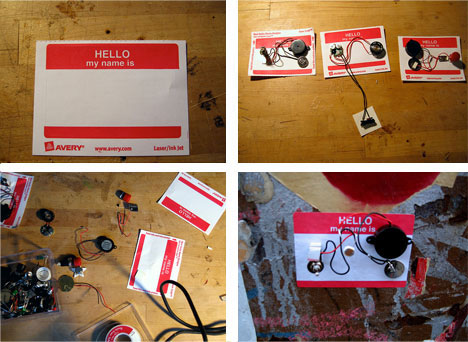 This simple Hello Nametag device replicates a common mode of self-labeling found in stranger-filled situations like business conferences and reapplies them to objects in the public realm. Programmed to speak the name of any desired urban furniture these can be stuck to virtually any surface and invite interaction by passers by. 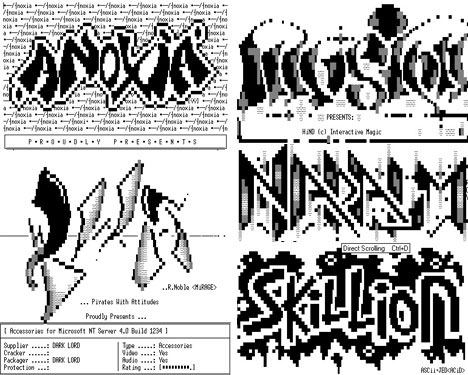 Ascii Graffiti is perhaps some of the earliest computer geek-oriented graffiti around. While it rarely leaves the digital realm it does appropriate compositional and stylistic conventions from traditional spray-painted graffiti and reinterprets them for computer display.

Perhaps the ultimate in digital-age geek graffiti, Tagging in Motion (shown above) is a kind of three-dimensional street graffiti using a virtual reality interface coupled with digital rendering. The graffiti artist is taped by multiple cameras throughout his spraying motions in 3D space, generating street art that requires no physical surface and leaves no trace in physical reality like other creative urban light art

Next: Hilariously Geeky Art and Graffiti