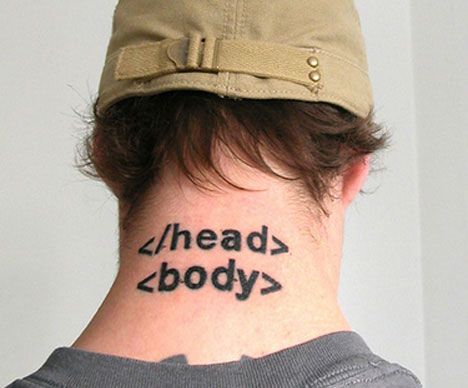 This unidentified individual is clearly a big fan of html. For the uninitiated, the </head> and <body> tags are used to define areas of a web page. 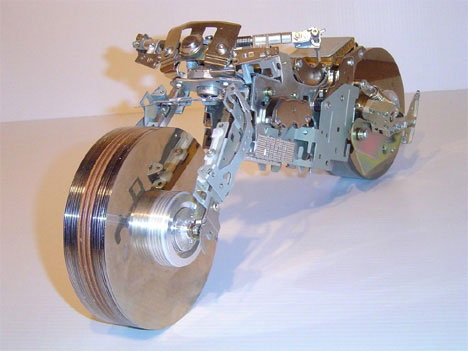 This “futuristic motorbike” called “Unlimited Drive” is made entirely of computer and VCR parts. Created in 1995, this piece measures 18 x 7 x 7. The wheels are magnetic discs from old computer hard drives. It was created by Alex Andromeda, who has also made dozens more sculptures of recycled computer parts. 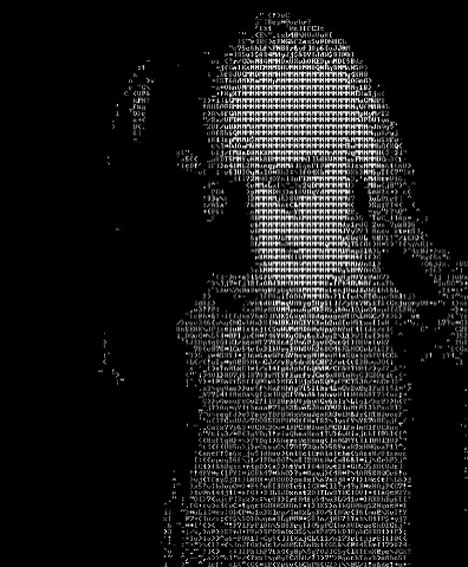 Like ASCII graffiti, ASCII art consists of pictures created from 95 printable ASCII characters and also loosely refers to text-based art in general. It can be created with any text editor, though ASCII artists now often use programs to convert pixels to ASCII. This image, showing Ian McKellen as Gandalf in Lord of the Rings, was created by “Yet Another Language Geek“. 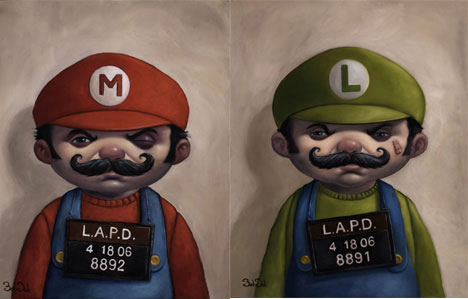 These two paintings depicting Mario and Luigi from “Super Mario Bros.” Are called “Rough Night Out” and “Rougher Night Out”, respectively. They’re by artist Bob Dob, who seeks to give his woesome bad-boy characters a sardonic aura of humor and pain. 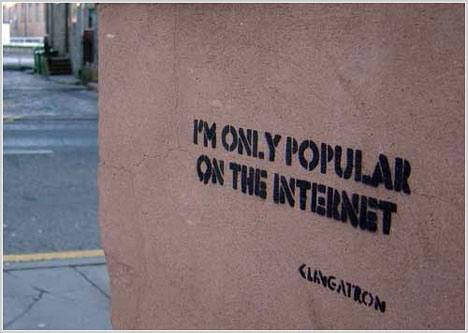 Glasgow, Scotland based artist Klingatron reflected the sentiments of millions of geeks worldwide with this bit of graffiti, “I’m only popular on the internet”. Klingatron only recently got started with stencil graffiti after buying a book on the subject in 2004. 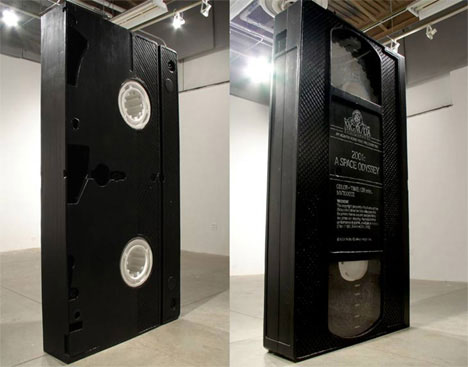 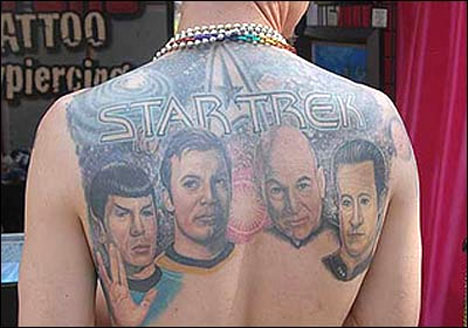 You have to be a pretty big Trekkie to get your entire back covered in portraits of Spock, Kirk, Picard and Data, from left to right. Then again, Star Trek fans tend to be a pretty devoted bunch. Few people would argue that this qualifies as a very geeky piece of body art. 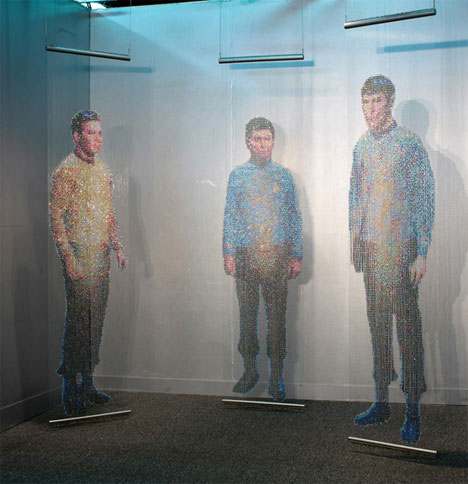 In another Star Trek-themed work, artist Deborah Sperber has created this piece called “Spock, Kirk and McCoy Beaming In (Barely There)”. The truly amazing thing about this is that each character is actually a beaded curtain. Sperber threads thousands of colored beads onto threads to create the portraits. 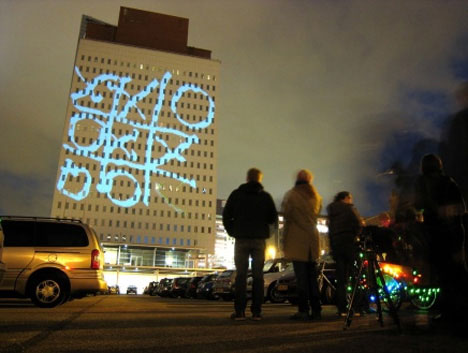 The Graffiti Research Lab (GRL), kings of the light graffiti movement and unquestionably geeky graffiti artists, used a high powered projector, computer parts and a camera to “write” on the side of a building with a “mega laser”, which has a beam that can reach 5 miles away, for their “L.A.S.E.R.” project.