Biotypography
From sketch to final creation for his Biotypography project, Oded wanted to create live, almost cinematic situations where these typo creatures “act” and “behave.” He says the most difficult part of the project was the issue of balance — where to draw the line between the insect and the letters. 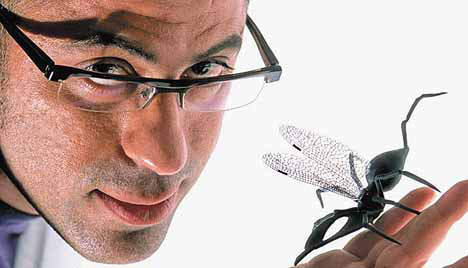 “When I saw an ant on the floor of my studio, I started to imagine what would happen if this was a creature half ant and half letter. Wouldn’t it be wonderful if nature had invented letters? And then maybe different letter-ants could gather, create words and communicate with us!?”

“I could manufacture a medium wherein typography could develop and evolve into something completely different.” 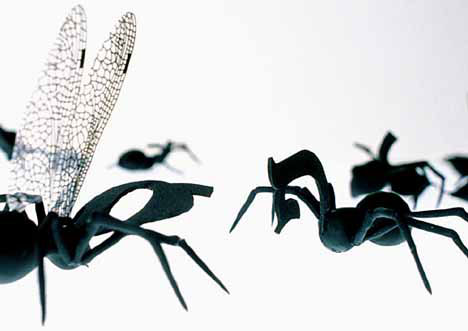 For his lecture titled “The Typographer’s Guide to the Galaxy,” Oded attempted to explore cloning and envisioned a mouse whose ear becomes a letter, and thought “Why not make an animal into the letter F?” The letter by itself wouldn’t mean much, but together with other letter creatures, they could spell out a word. 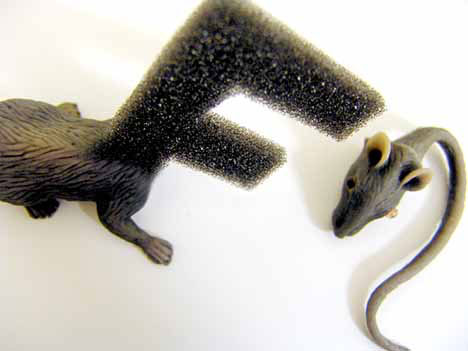 “Or imagine my ants, the mutated letters gathering as a collective, and express a message that we can understand, like “food.” 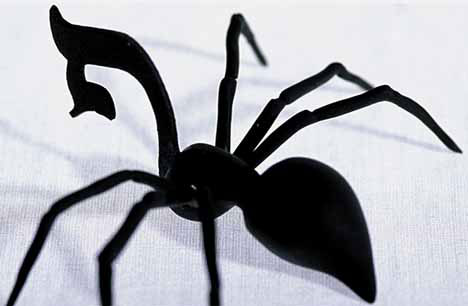 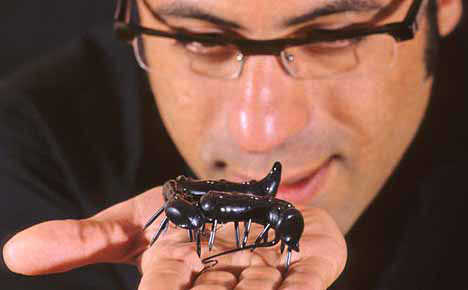 Tybrid
“Tybrid” = typographic hybrids — a project created for an invitational poster exhibition, themed “My favorite Game, which consists of 4 squares. Combined together they form the Hebrew word for “Typography.” 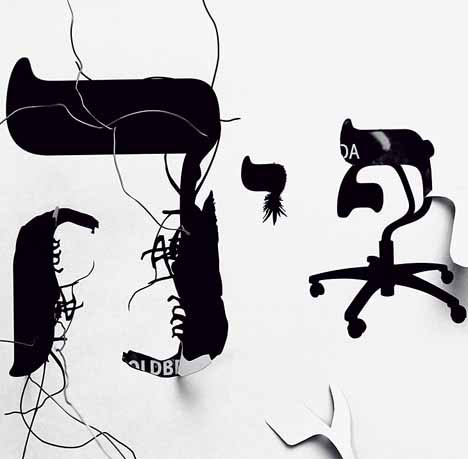 Typography researcher Yehuda Hofshi commented on the works, “Influenced by Dadaist methods and contemporary virtual hybridizations of animals and human beings, Ezer treats this work as a suggestion for typographic / visual expression, something to look at and not necessarily to write with.”

“These typo hybrids suggest a more playful and humorous attitude to typography, a field that often suffers from an unjust reputation of an overly strict and serious one.” 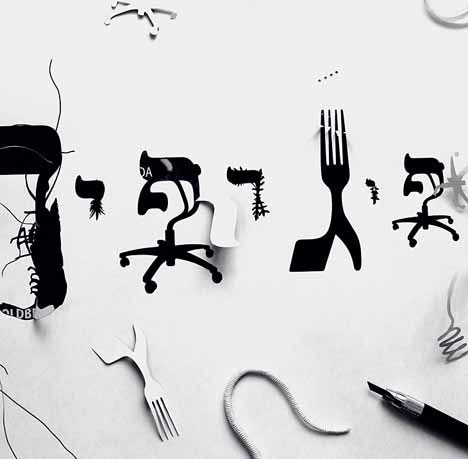 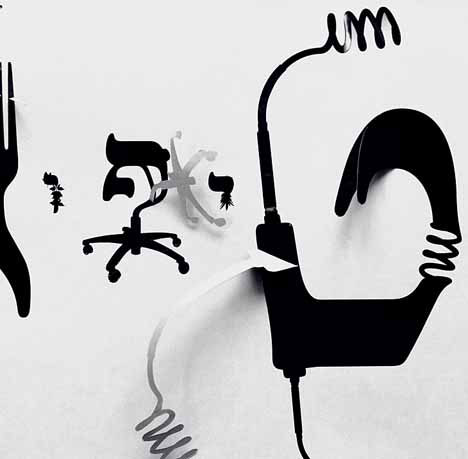 Small Rooms
Oded’s project for Small Rooms consists of leeches, or “Leech letters” which are simulations of doors, created from of different words. 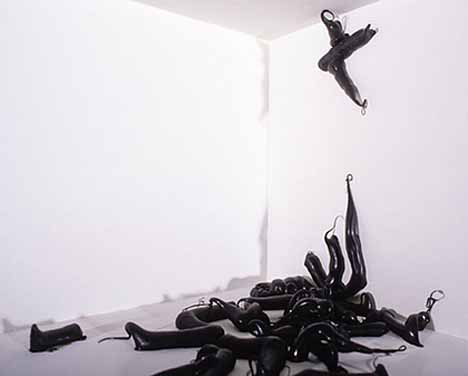 The Hebrew letter “Alef” is being “chased” by the rest of the alphabet.

“These are like verbal ambassadors existing in space. They don’t mean anything, supposedly, and they don’t make sense, but they are letters on a wall. Why this letter and not another? What is its story?”

“I’m trying to create an experience, with nonsense words, I’m canceling the meaning of the word, and getting in return a gift, the reaction of the viewer to the material, the form, the space, the atmosphere.” 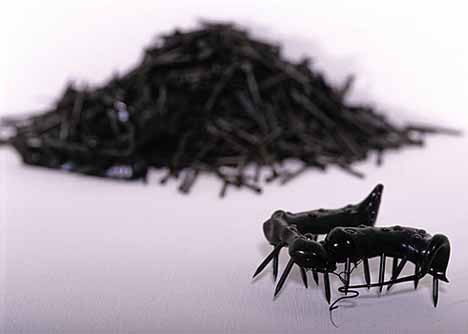 “This is typography that creates an experience, and if I can do that, that’s a good enough reason for me to go on living.” 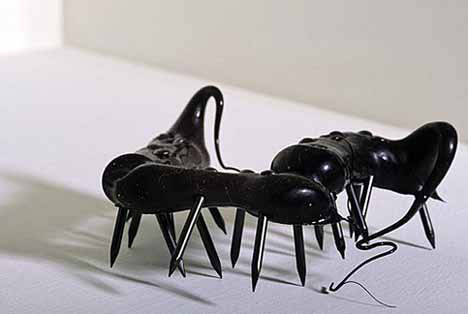 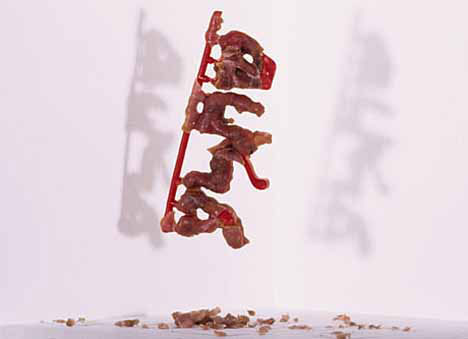 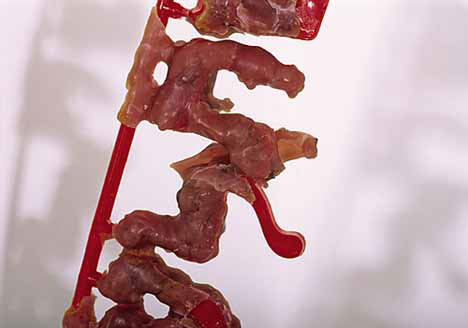 Plastica
Winning first prize in a poster competition in Nagoya, Japan, it was the first poster Oded created in the “Plastica” collection. 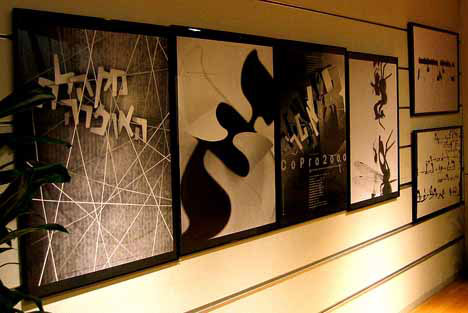 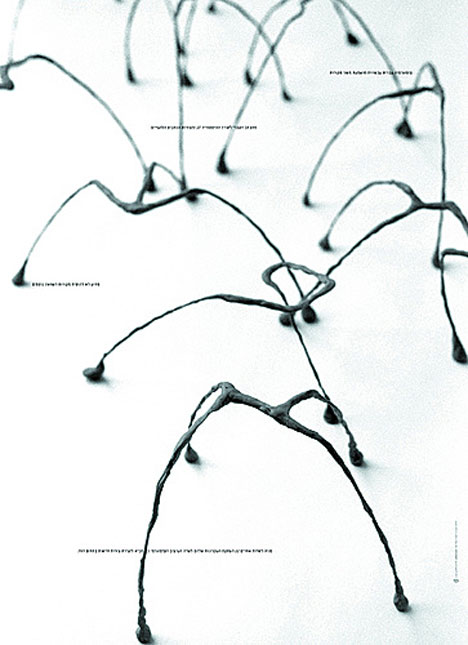 (For more awesome typography check out page 2 and page 3)