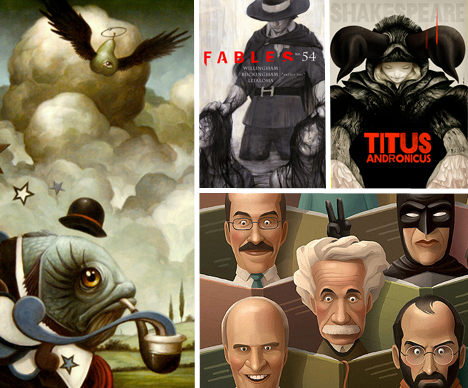 Illustrators have an incredible power to bring stories, concepts and brands to vivid life through visuals that grab the viewer’s attention and convey emotion or elucidate a technical subject. These 15 artists working in editorial illustration, comic books, video games and advertising are especially adept at using their remarkable creativity to bring ideas into sharp focus through a variety of artistic media. 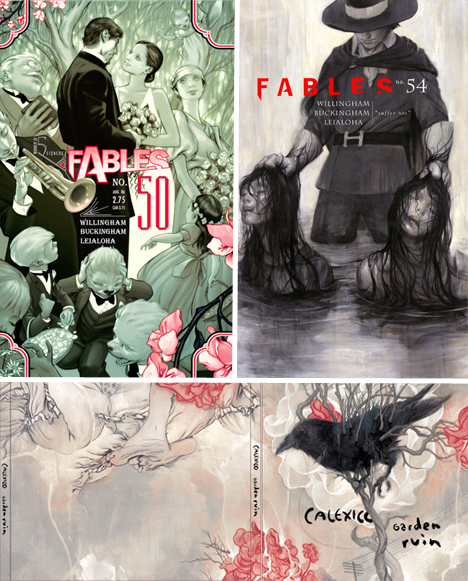 Taiwanese-American illustrator and artist James Jean rose to fame as a cover artist for DC Comics, winning many awards including seven Eisner awards. He is best known for the many acclaimed cover illustrations he created for comic book series Fables but his clients also include The New York Times, Time Magazine, Rolling Stone, Spin and Playboy. Jean currently has four published collections of his works including Process Recess volumes 1 and 2, which show his illustration process including the original drawings. 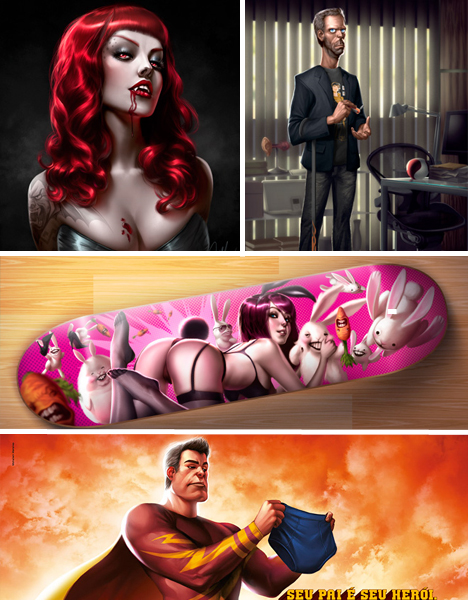 Brazilian illustrator and comic book colorist Will Murai has worked with W/Brasil, Marvel Comics, DC Comics and Dynamite Entertainment among many other clients. Murai starts with sketches, concepts, studies and textures created using traditional art materials and methods and then completes the painting and coloration process digitally using software like Adobe Illustrator and Corel Painter. 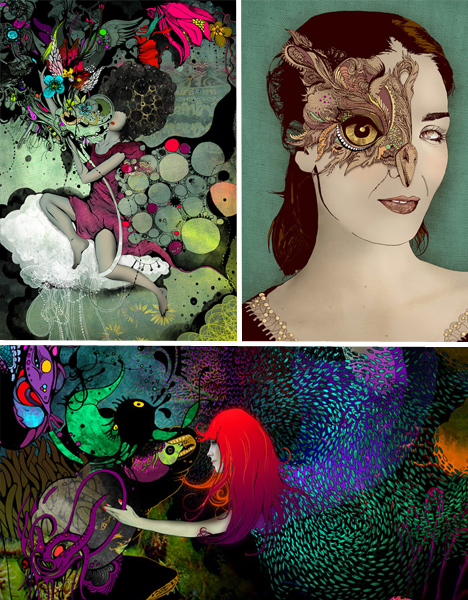 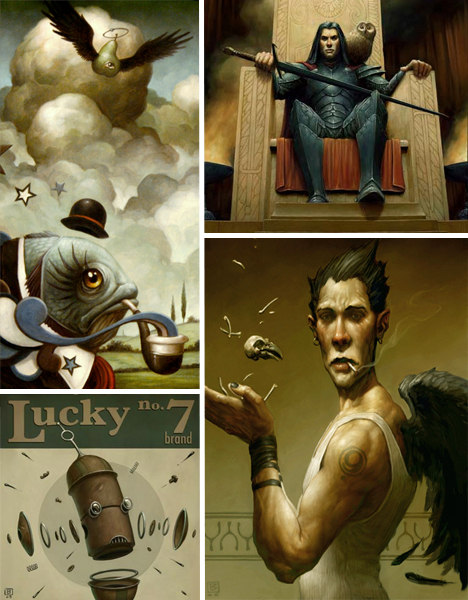 Brian Despain is a painter and illustrator who has worked with industry giants like game publishing companies TSR and Wizards of the Coast. Even the work that Despain does for pleasure tells a story, and his oil paintings reveal a vast imaginary landscape populated with fascinating creatures like robots and walking fish. 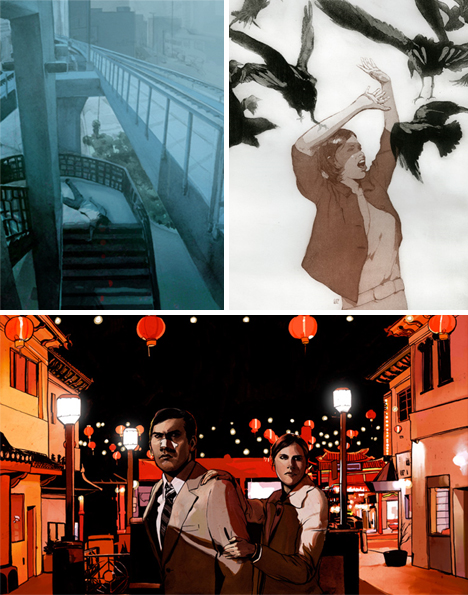 Whether depicting grisly unsolved Los Angeles murders or capturing the sinister side of Chinatown, illustrator Owen Freeman’s work often has a dark and mysterious feel to it that makes him sought after by publications like LA Weekly and FHM. His illustrations have been featured in American Illustration 27, Novum, CMYK, and CQ. 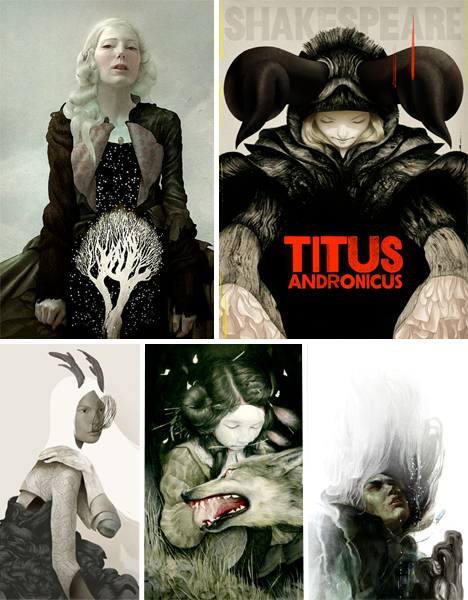 Vampires, creepy hyenas, Shakespearean heroines and wood nymphs: Sam Weber brings them all to life using watercolor, acrylic paint, ink and computer software. Most of Weber’s imagery is interpretations of text or narratives, and his illustrations have appeared in The New Yorker, The New York Times, The Atlantic and many other publications. 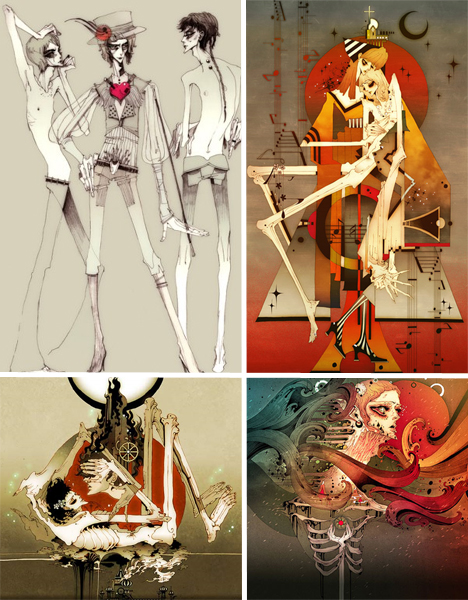 New York-based Korean artist Jinyoung Shin’s illustrations are clearly influenced by Japanese Manga, but her hauntingly skeletal figures combined with brooding colors and surreal imagery are all her own. Shin, who has a master’s degree in computer art from New York’s School of Visual Arts, starts her drawings in pencil and uses digital software to color them. 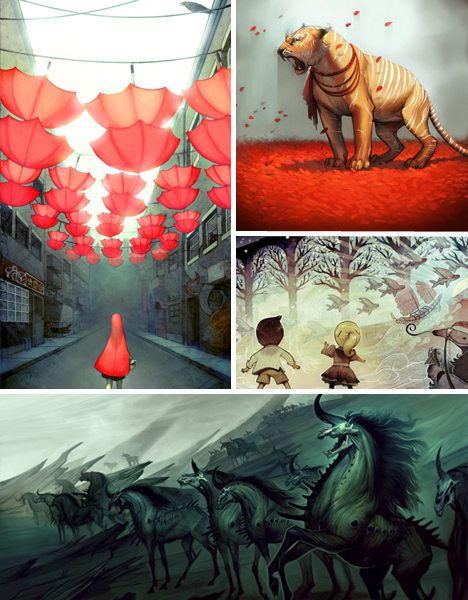 23-year-old graduate of Alberta College of Art & Design Joy Ang already has an impressive roster of clients under her belt including Marvel, Capcom, Nokia, BioWare an Udon Comics. Her expressive illustrations are crisp yet luminous and packed with emotion, qualities that can be rare among digital artwork. 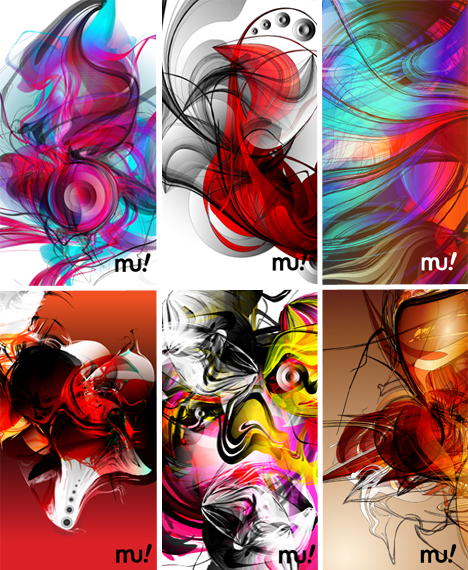 This Colombian-born, Barcelona-based artist primarily works in graphic and motion design but has created a compelling series of abstract illustrations meant to convey emotions like passion, love, aggression and joy. Of his work, Ramirez – known as Mu – says, “For me each illustration has its meaning but everyone can have his own interpretation. Eventually through abstraction the illustration becomes yours because of the input you make out of it.” 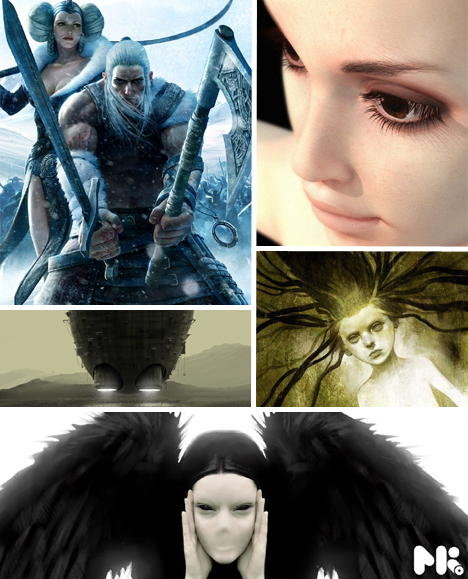 Award-winning German conceptual artist, character designer and illustrator Michael Kutsche has worked in the visual effects industry since 1998 and just finished work on Tim Burton’s “Alice in Wonderland”. His clients include Sony Imageworks, Marvel Studios, SEGA and The Creative Assembly. 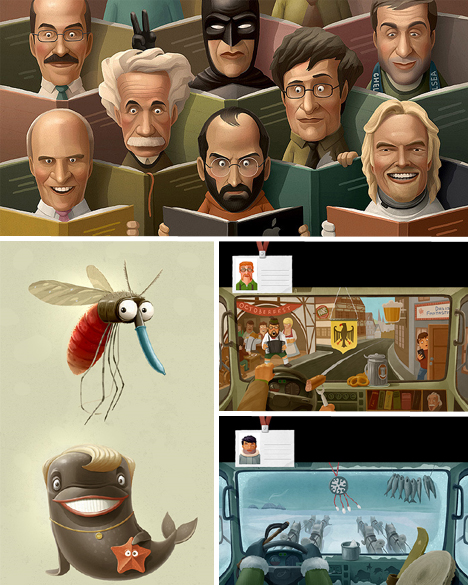 Russian illustrator Andrey Gordeev has a humorous, colorful style that lends itself well to subjects like animal sex and “Around the world in twelve months”, a series created for the corporate calendar of a truck trading company. 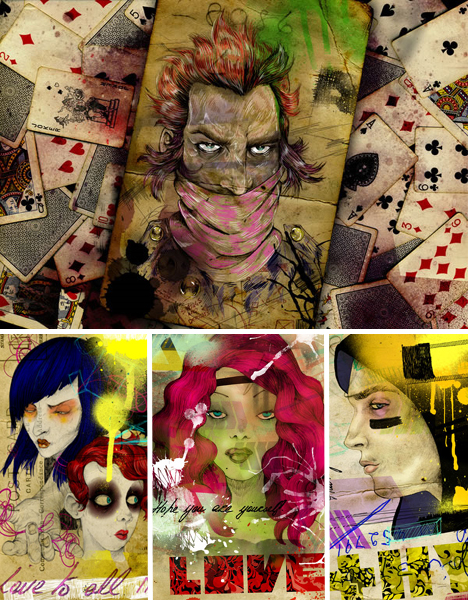 Phil Dunne is an illustrator from Dublin, Ireland who has worked with clients like Sony Playstation, The Financial Times and Barry’s Tea. His creative process, as explained to Abduzeedo, starts with a pencil drawing and various digital images which are combined in Adobe Photoshop, adjusted and colored. 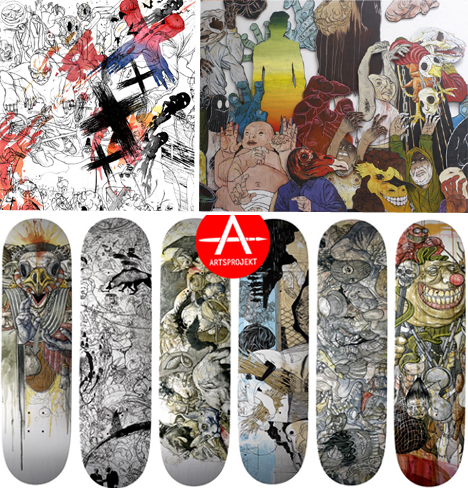 Zacharia Johnsen uses his signature sketchy ink-and-watercolor style and dark sense of aesthetics to create original artwork for print and publications, skateboards, skis, furniture and apparel. His clients include MTV, ESPN Xgames, K2 Snowboards and Ecko. He also owns a t-shirt company called Tank Theory for which he creates designs, often collaborating with other artists. 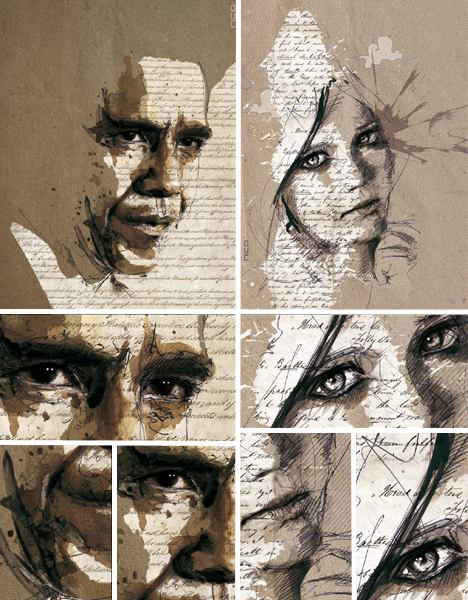 Florian Nicolle, known as Neo, is a young French illustrator whose work often combines monochromatic drawings with text in beautifully written script. This up-and-coming artist, who recently moved to Paris to focus on illustration, says of his style, “I draw a picture as if I wrote a text, with the same tool, the same freedom, with erasures, lines, scribbles -what is written does not matter.” 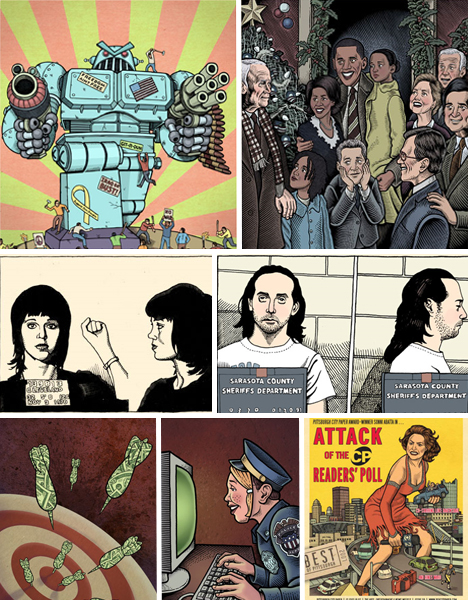 Mario Zucca is an artist working in editorial illustration, book illustration, packaging and advertising and his clients include The New York Times, The Wall Street Journal and American Medical News. His work is crisp, colorful and humorous.

In an interview, he told ImageKind, “Humor is extremely important to me. There’s no bigger travesty than when someone takes themselves too seriously. I think it was Mark Rothko who said something to the effect of, and I’m totally paraphrasing here, ‘If you don’t break down and cry in front of one of my paintings, then you’re missing the point.’ It’s statements like that that make me want to barf.”