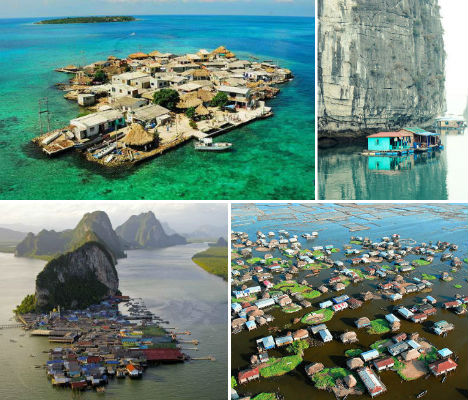 There’s only one Venice, but you might be surprised to find that you can get the same scenic and historic feel – complete with canal ‘streets’ and gondoliers – in several other towns across the globe. In fact, there are dozens of picturesque floating villages and islands that are so heavily populated, you can barely tell that there’s land under all the man-made structures. Here are 15 of the world’s most fascinating water-based communities. 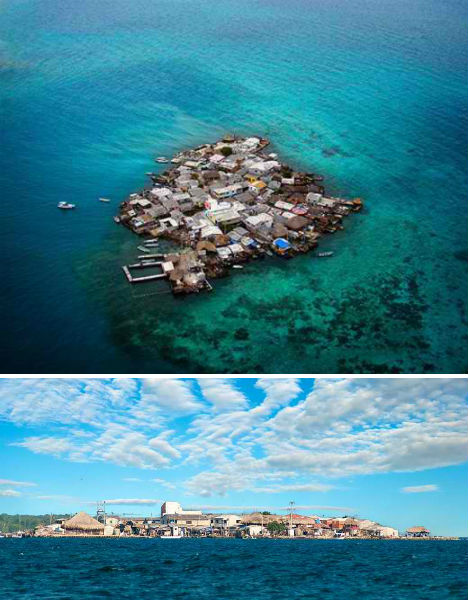 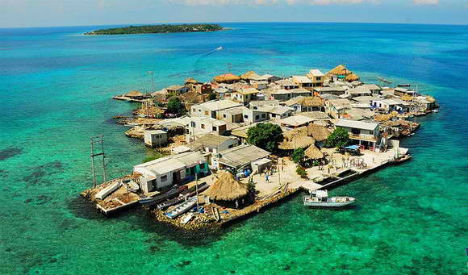 From above, you can barely see a spot of land on this island, so completely covered is it with houses. Santa Cruz del Islote is located off the coast of Colombia and measures just 0.0046 square miles (less than 1/200th), yet has an astonishing population of 1,200, making it the most densely populated island on earth. 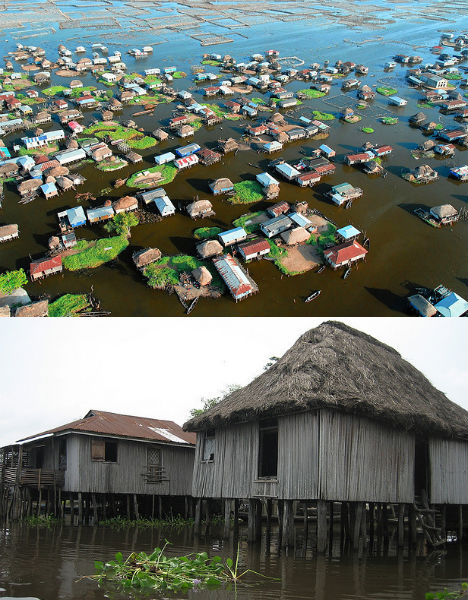 The largest lake village in Africa can be found in Lake Nokoué, in the  nation of Benin. Established in the 16th or 17th centuries, Ganvie is a neighborhood of 3,000 buildings on stilts, with a population of 20-30,000. Residentsof Ganvie, which is often referred to as Africa’s Venice, subsist mostly on fishing with a little tourism, and use pirogues (canoes) to get around. 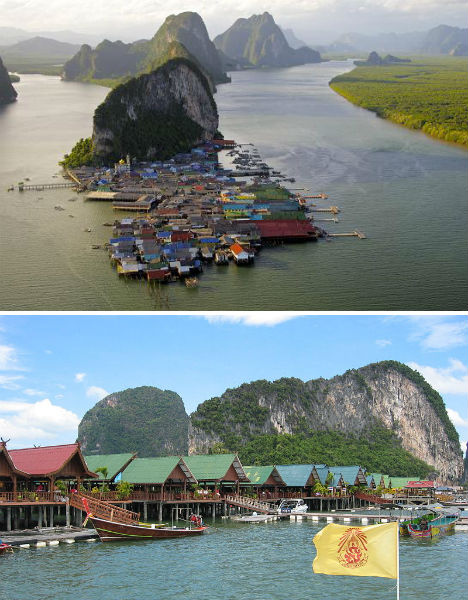 Set against the dramatic background of picturesque Phang Nga Province in Thailand, the fishing village of Ko Panyi looks like paradise for people who love the water and tropical weather. The village was built on stilts by fishermen and houses about 2,000 people descended from 2 families. The coolest thing about this village is its floating soccer pitch, built by local children from old scraps of wood and fishing rafts. 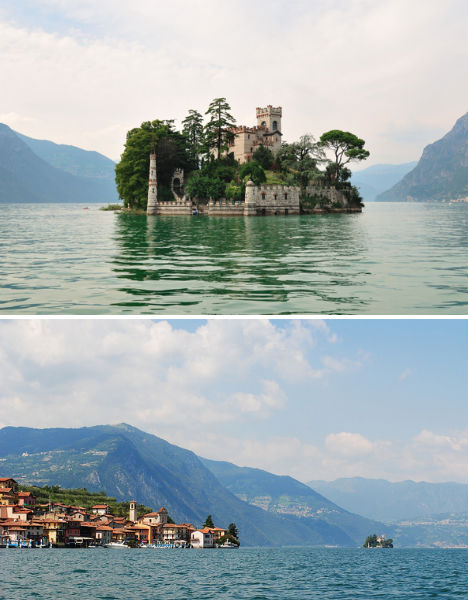 L’isola di Loreto in Italy’s Lake Iseo is not exactly crowded with people, but it’s almost entirely taken up by a castle, making it an unforgettable visual. Privately owned, the island was once the site of cloisters for the Sisters of Santa Chiara, built in 1400. 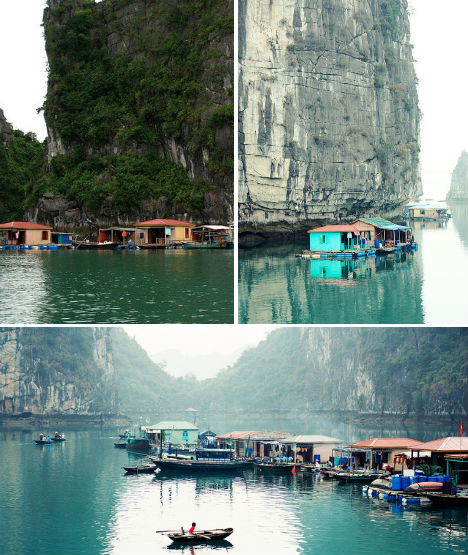 Like Ko Panyi, the Halong Bay village in Vietnam is set up on the only flat space to be seen – the surface of the water. Except this one isn’t on stilts. It floats. Living directly on the bay makes it easy for the roughly 1,000 locals to catch fish and other seafood. The first two villages were formed in the early 19th century and the only time since then that the water hasn’t been heavily occupied with floating homes was during the war against the French from 1946 to 1954. 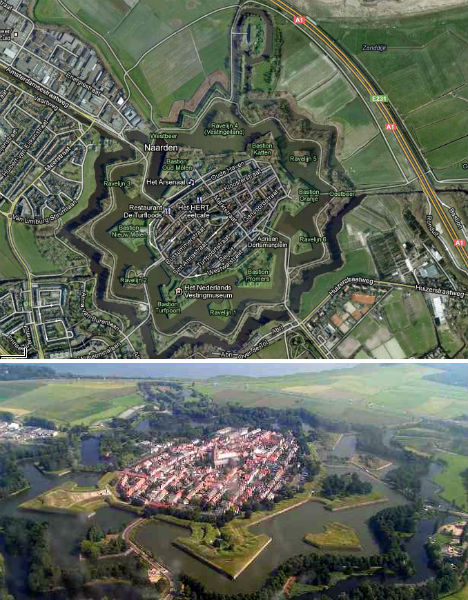 The geometry of the village of Naarden makes it an eye-catching sight when seen from above in a plane or virtually in Google Earth. It’s actually a star fort with fortified walls and a moat. Originally declared its own city in the year 1300, Naarden was fortified in the 17th century. It’s located about 15km east of Amsterdam. 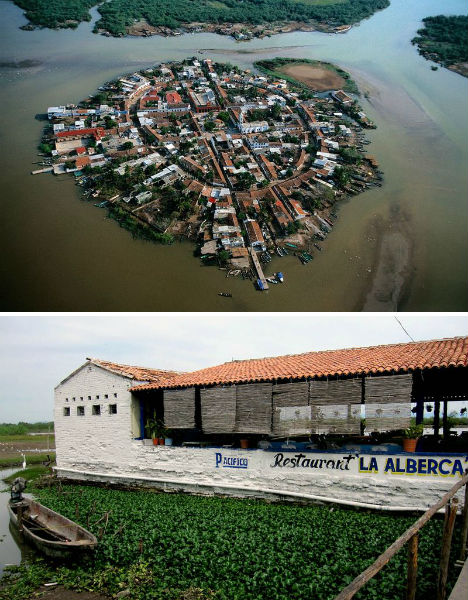 ‘Mexico’s Venice’ is a small man-made island off the coast of the state of Nayarit reputed to be the birthplace of the Aztecs, the legendary Aztlan. Now promoted as a tourist attraction, Mexicaltitan is 1300 feet in diameter and home to more than 800 people. During the dry season it looks like any other island, but in the rainy season the streets flood, forcing locals to get around via canoe. 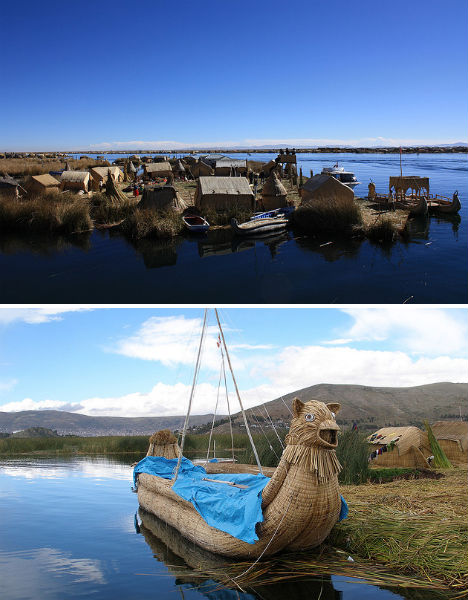 The Uros people of Peru craft the islands they live on themselves, from dried totora reeds that grow within Lake Titicaca where they live. Originally built for defense purposes, the islands became the primary home of the Uros. When in contact with the water, the reeds at the bottoms of the islands rot, so they must be constantly replaced with new layers on top. Each island lasts about thirty years. 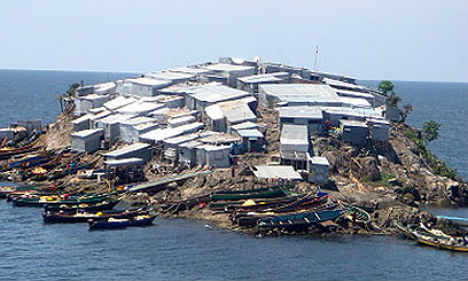 The oft-disputed island of Migingo on Lake Victoria measures just half an acre and supports about 131 people, mostly fishermen. The modest island may not seem all that valuable, but it’s been claimed by both Kenya and Uganda because each wants access to potentially lucrative fishing rights within about 1,670 feet of the island. 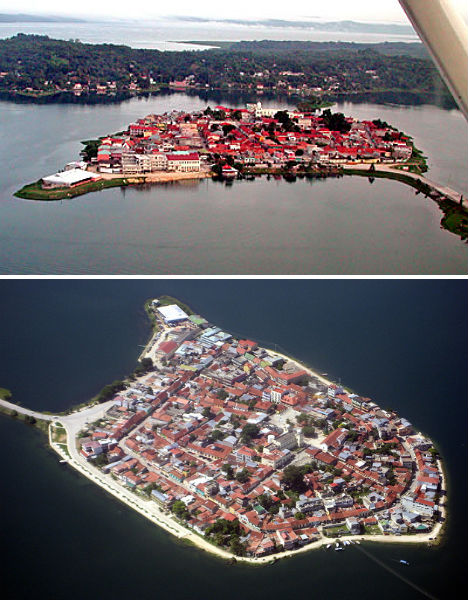 Beautiful colonial red-roofed buildings cover the small island town of Flores on Lago Petén Itzá in Guatemala. The charming town is often used as a home base for travelers who wish to explore nearby Mayan ruins. 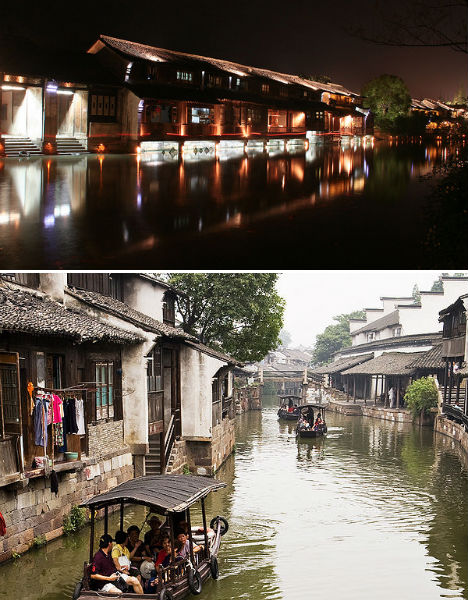 Located in the center of six ancient towns south of the Yangtze River in China, Wuzhen is a scenic town full of canals navigated by water taxis reminiscent of those in Venice. Known as Wuzhen Water Town, the historic town is said to have been populated for at least 7,000 years and bears ancient stone bridges and wooden carvings. 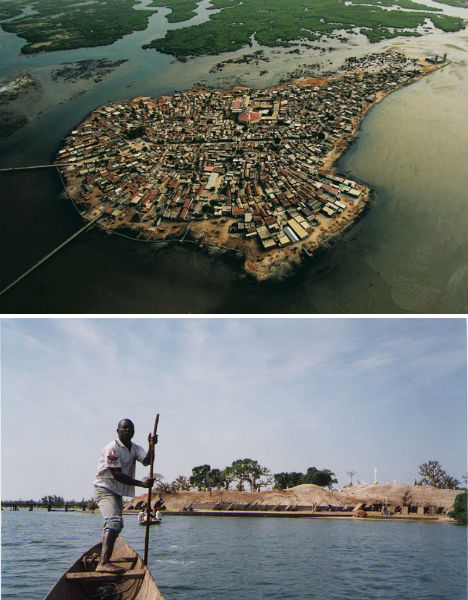 The entire town of Fadiouth sprang from a clam shell. Or, more accurately, thousands upon thousands of them. That’s what the island itself is made of. Just off the village of Joal in Senegal, Fadiouth has granaries on stilts in the water, growing exports like millet. There’s also a separate clam shell island that functions as the village’s cemetery. 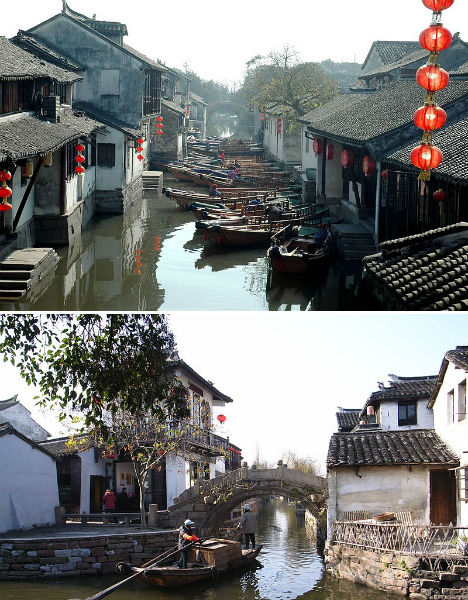 Here’s another example of a Venice-like town in China, infused with ancient Chinese history and culture. Zhouzhang is a water township surrounded and divided by lakes and rivers and has 14 stone bridges, including one built in the Ming Dynasty. 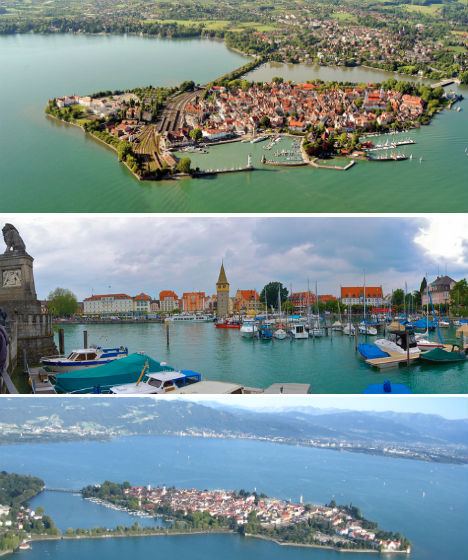 Connected to the mainland by a narrow causeway, the historic city of Lindau is a Bavarian town on an island in Lake Constance in Germany. Remains of an early Roman settlement from the 1st century have been found on the island, and in the 13th century it became home to a monastery. Today, its distinctive Bavarian architecture and beautiful views have made it a popular tourist spot. 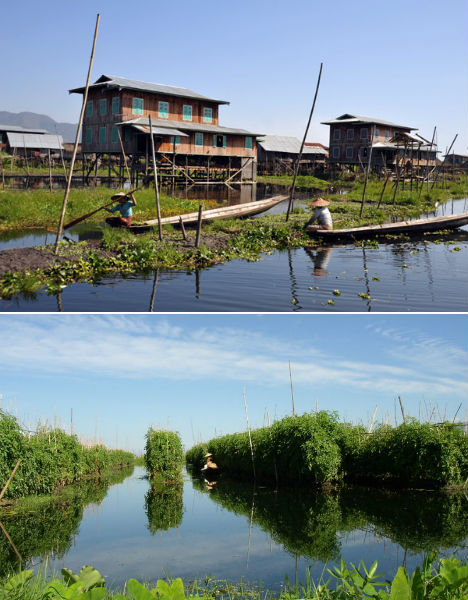 Myanmar’s Inle Lake supports 70,000 people in four cities including the small comity of Kay Lar Ywa. Many of the residents live in simple wooden houses on bamboo stilts, and support themselves by growing food in floating gardens. The Intha people have a practice known as ‘leg rowing’, hooking a leg around a long oar to propel a boat to navigate between their homes and gardens. Some 100,000 people live and work on the water.