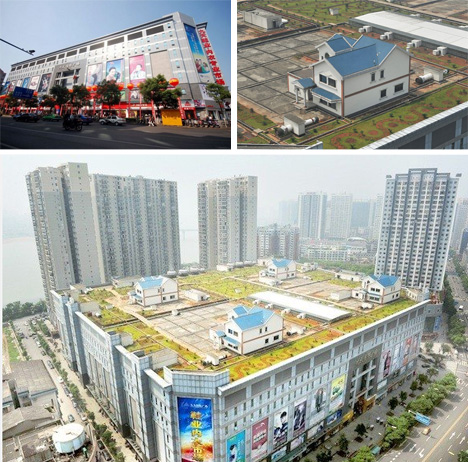 It sounds like a hoax at best, an architectural student thesis gone wrong at worst … yet it is entirely real: a series of conventional-looking, a-frame abodes atop a gigantic mega-block shopping center. And it only makes more sense the more you think about it. 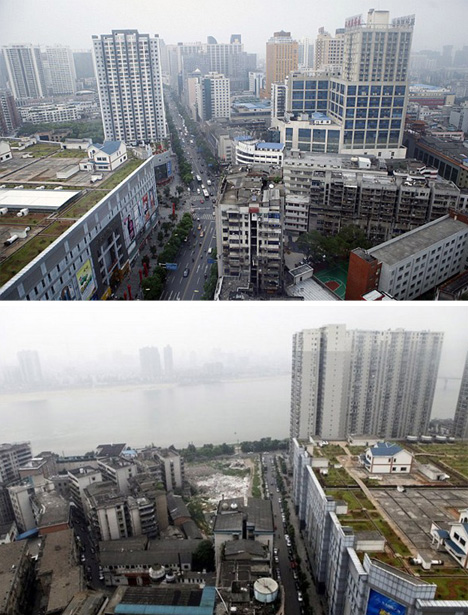 After all, views command a premium, yards are a rare luxury, and stand-alone houses in cities in China are almost unheard of, so this four-home development can command some of the highest prices on the market. 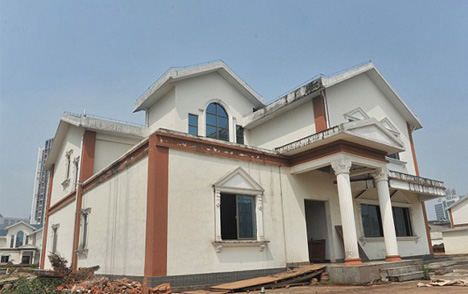 Located stories above the sidewalks of Zhuzhou (Hunan province), the homes are spared street noise and have a surprising degree of privacy, being significantly set  back from the streets (images by China Foto Press/Barcroft Media). 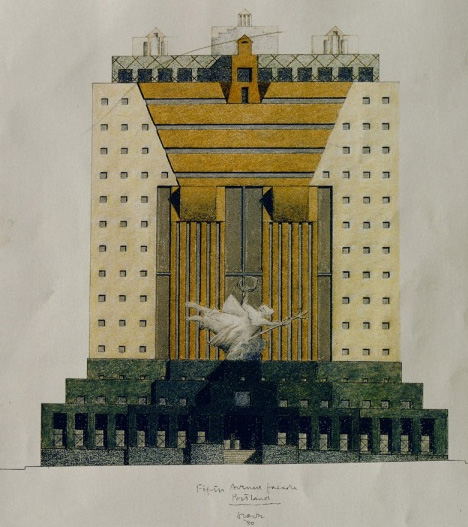 Trivia(l) postscript: architecture buffs may remember the Postmodern-style Portland Building of the early 1980s – its original design featured a Greek temple-like structure to house rooftop HVAC systems (eventually discarded from the design due to cost). And speaking of HVAC … just how noisy will it be to live above a shopping mall alongside all of that mechanical? Only time and its residents can tell.