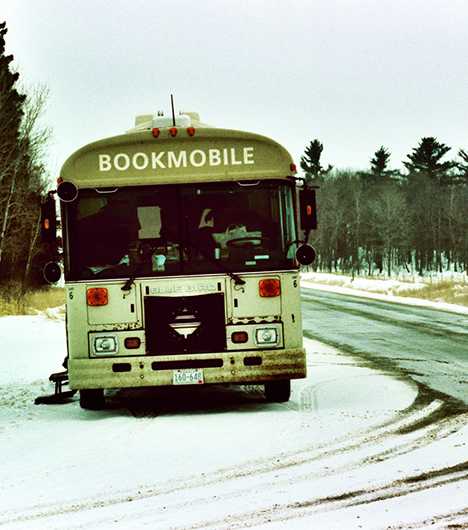 Flickr user Sean Tubridy captured this de-roaded bookmobile somewhere in the wilds of northern Minnesota; the image’s gritty timelessness was achieved through the creative use of cross-processed Kodak Ektachrome film and Tubridy’s own natural artistic mojo. 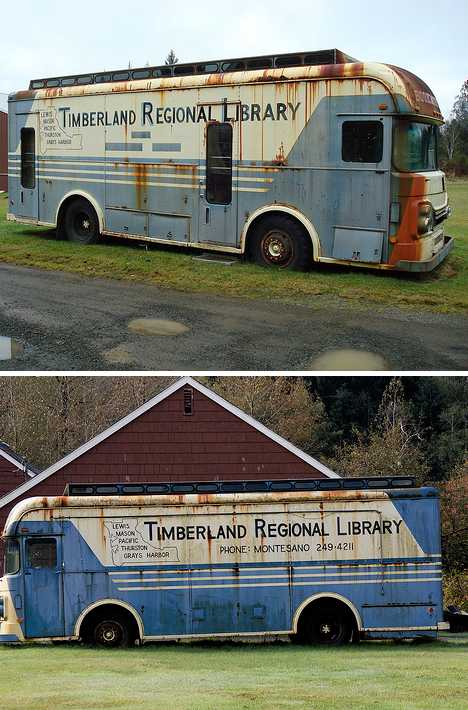 Oh how the mighty have fallen… the Timberland Regional Library once operated a small fleet of bookmobiles decked out in sky blue, ivory white and brilliant chrome. Now a new hue jockeys for pride of place on the vehicles’ slab sides: rust. 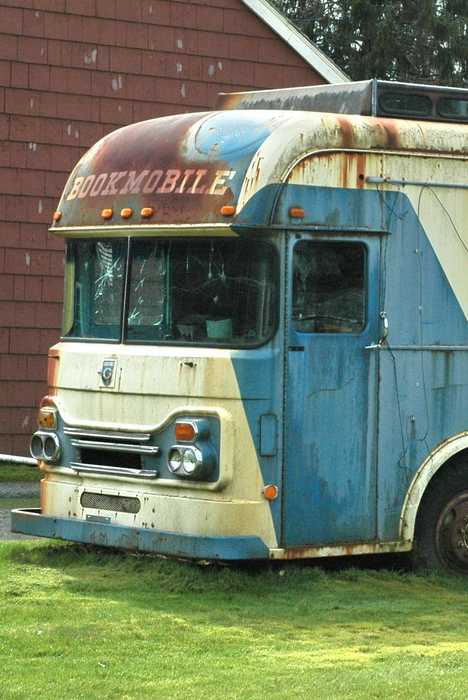 It’s not known exactly when the once sleek and spiffy early 1960’s Gerstenslager bookmobile above was put to pasture permanently. As of late December of 2011, it could be spied from US 101 in downtown Nielton, Washington. Flickr user Jim Culp was in the right place at the right time to capture this fading beauty’s fading beauty! 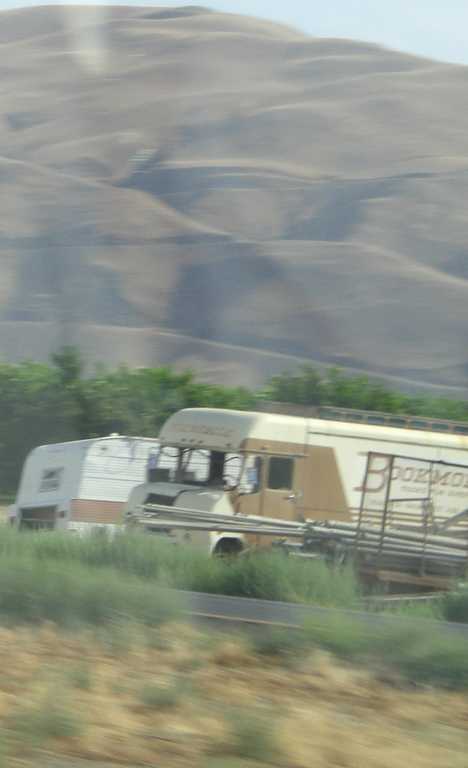 “Books for everyone… read for knowledge and recreation.” Back in the early 1960s the slogan on the sides of this abandoned bookmobile made a lot more sense. Nowadays it seems more than a little corny: most everyone gets their knowledge from the ‘net and enjoys recreation in ways Space Age prognosticators could only dream about.

Kudos to Flickr user Lovely Librarians for the ethereal shot of a long-abandoned bookmobile just off I-5 in California’s San Joaquin Valley. To view more images of this sand-blasted relic, we encourage you to visit Ken Duffy’s Flickr page and Jen Zahigian’s website.