(images via: B L Clark and Adam W. Reif (DesignMassif))

Founded in March of 1776, the Presidio of San Francisco is older than the United States itself though bookmobiles began patrolling its streets and avenues rather late in its history. US Army San Francisco Presidio Bookmobile #1G-2821 is a long-retired military bookmobile (now there’s a term one doesn’t read often!) that now molders quietly away in Modesto, California after enjoying a short stint as an RV conversion. 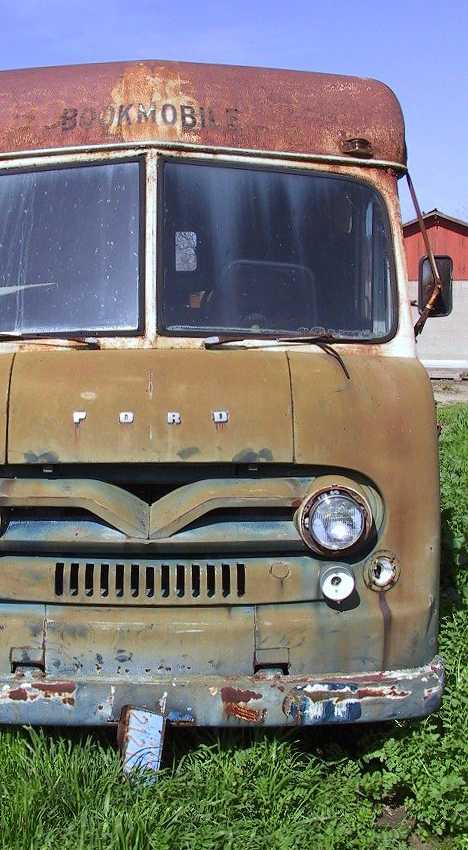 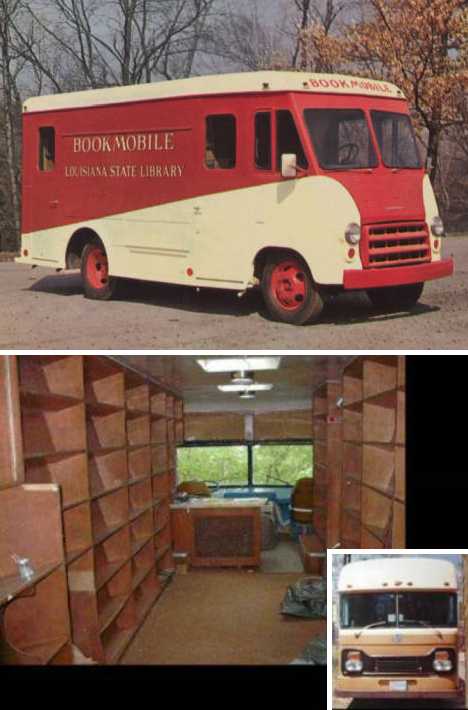 Like many public libraries, the Shreve Memorial Library in Shreveport, Louisiana instituted a bookmobile service in the late 1950s. A number of natty red & white customized vans like the one pictured above began bringing a limited selection of books to the city’s suburban and rural environs. Later versions sported a bronze & white color scheme commonly sported by many other bookmobiles across the country. At the very least, the rusty hues helped make these bookmobiles look a little less neglected once they were abandoned.

The Greatest Stories Ever Towed 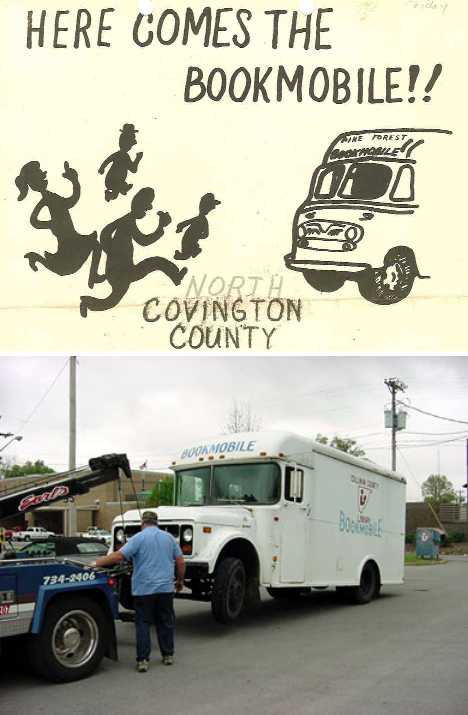 “Here comes the bookmobile!…” And there they go, off into history via the automotive version of the glue factory. Will they be missed? Certainly those who worked with them (and IN them) have a wealth of fond memories. Take “Galloping Gertie”, shown above making an ignominious exit at the end of a tow truck’s chains.

Manufactured by Gerstenslager in 1978 and employed by the Cullman County (Alabama) Public Library System from 1993 to 2003, the CCPLS Bookmobile lost a long and costly battle to mechanical aging and economic austerity. It’s an all too common story when it comes to bookmobiles; one that rarely has a happy ending. 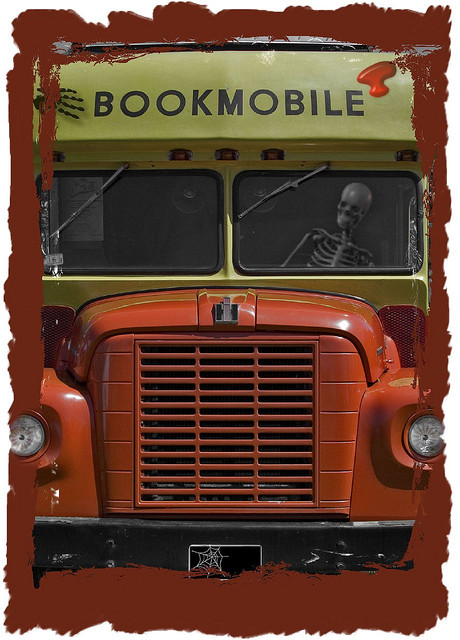 Stephen King didn’t really write “The Bookmobile” or at least he hasn’t written it yet, but the concept of a creepy traveling library that stocked only works of horror seems right up his creative alley and the awesome cover artwork is ready to roll. Full credit to Flickr user Alan (Sunset Sailor) for showing us the dark side of bookmobiles, a side few of us realized was there but now can never be forgotten.