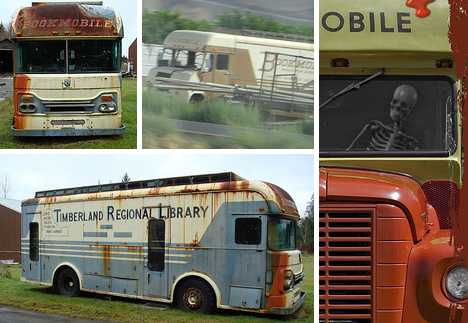 Remember bookmobiles? Bookmobiles were bus-like rolling libraries that brought the joy of reading to folks who didn’t have easy access to books. Remember books? 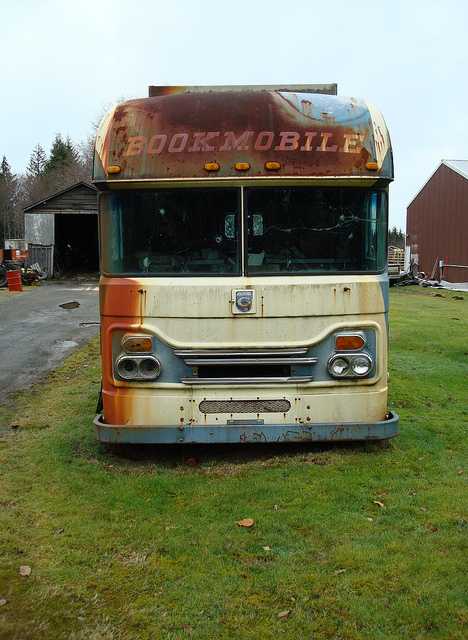 The first bookmobiles were horse-drawn “perambulating libraries” that plied the rough & rudimentary rural roads of 1850’s England. By the early years of the 20th century traveling book-wagons began to visit isolated farming towns in the United States. The People’s Free Library of Chester County, South Carolina operated one of the first American bookmobiles, essentially a mule-drawn wagon modified to carry wooden-shelved boxes of books.

The automotive age provided a huge boon for bookmobiles, adding greatly to their size, speed and the distances they could travel. The abandoned mid-century bookmobile above, quietly rusting in peace just south of Amanda Park, Washington, epitomizes the apex of bookmobile design from a bright future whose time seems to have passed.

Checked Out, Won’t Be Returned 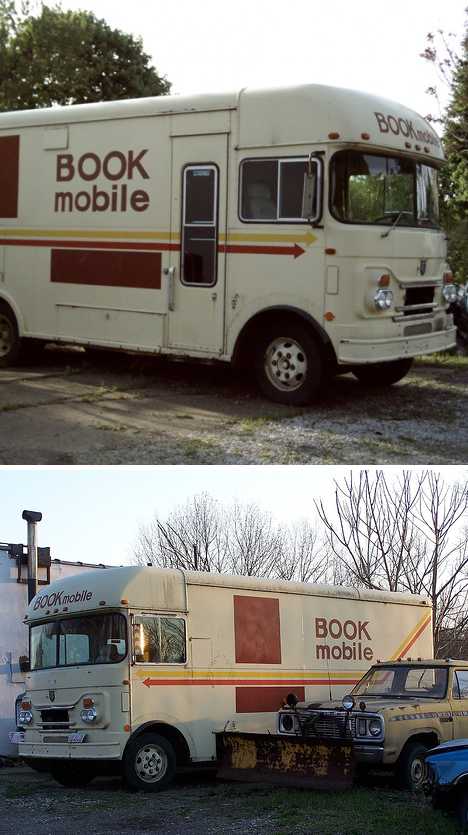 (images via: Wired and Roger Cross)

Displaying a strong Seventies earthtone vibe, this mid-sized bookmobile from Kent, Ohio looks to have made its final run and now awaits an uncertain future. Though still a useful tool for school districts and public libraries, the rise of the internet has negatively affected demand for bookmobiles these days. Older, less fuel-efficient bookmobiles that have been around the block more than a few times find themselves especially on the outs. 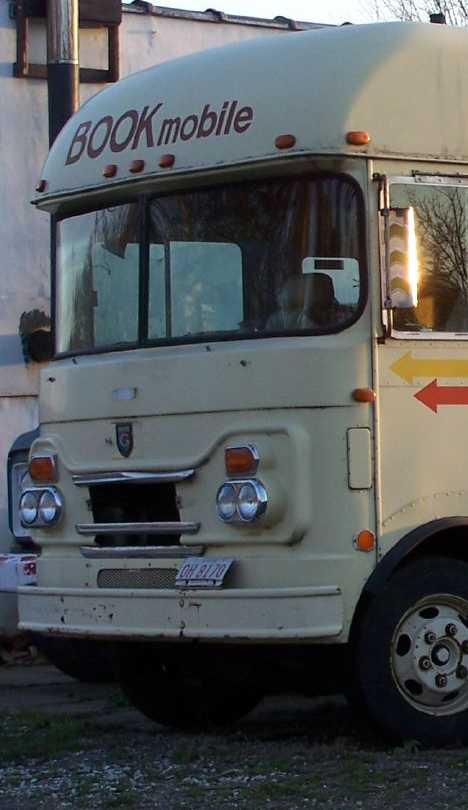 Kudos to Flickr user Roger Cross for capturing this somewhat sad bookmobile whiling away its sunset years, coincidentally at sunset. It’s a good thing he had his camera with him at the time, too, for as Cross relates: “As of this last weekend, 3 May 09, this bookmobile is no longer at this location in Kent OH.”

My Bookmobile, My Home 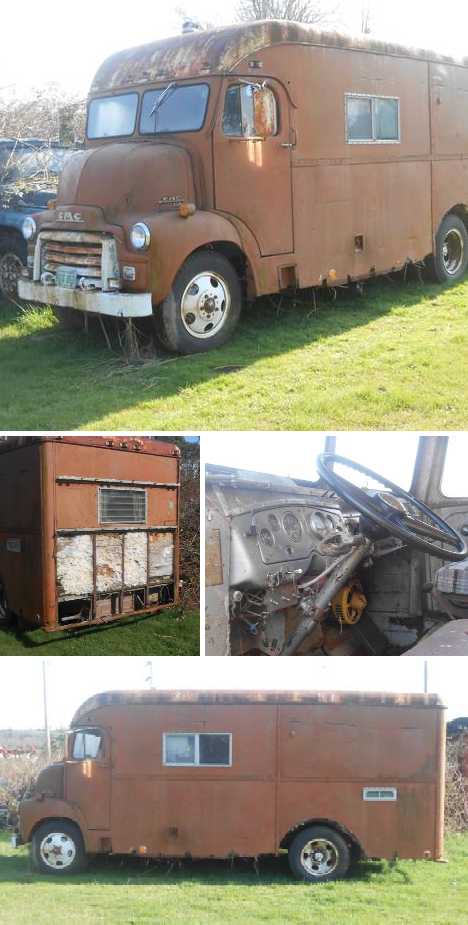 Now here’s a real fixer-upper: a 1953 GMC cab-over bookmobile that was converted to a motor home over 30 years ago. In its free & easy bookmobile days, the Kitsap County Public Library operated it in the Crystal Mountain area twice monthly while organizing longer distance expeditions around Washington State during the summer. Factory equipped with a straight 6 engine and a 4-speed manual transmission, this beast must have been a handful on frosty mornings high in the Cascades!