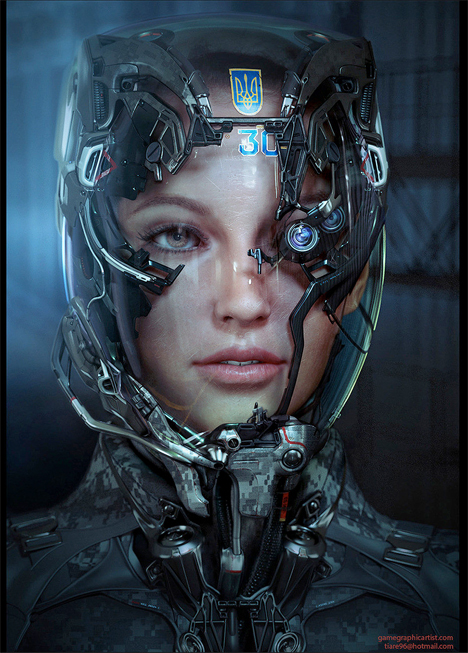 View this image in full size on CG Hub to really get a look at all of the lenses and other gadgetry built into the helmet of this Ukrainian pilot of the future. 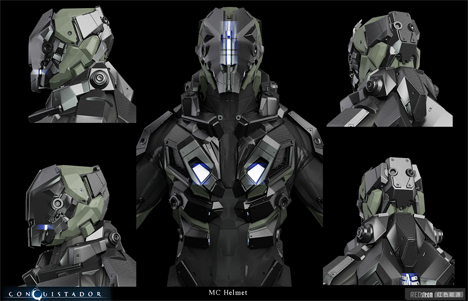 This MC helmet was designed by artist Kyoungmin Lee for a canceled project at Redsteam, a concept art studio at video game developer Gameloft. 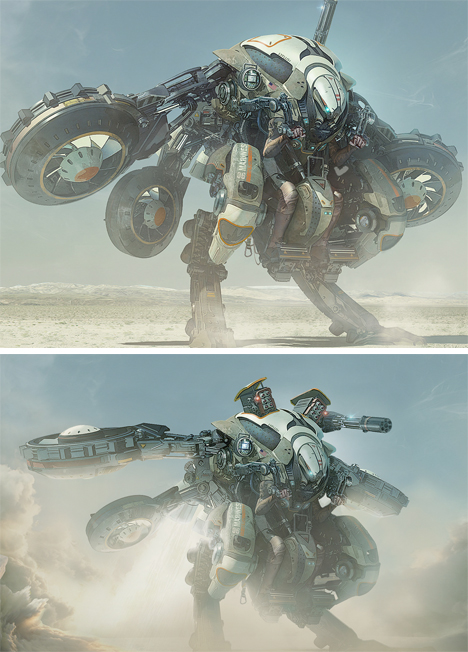 Another exoskeleton suit from Matthew Burke is inspired by a roach, and it certainly looks tough. Says the artist, “Manned combat exo-suit designed to leap a distance of five to eight miles. Equipped with four stabilizing engines to navigate while airborne and compensate so each landing is level. Large thrusters on the rear along with powerful spring loaded legs propel the Roach above the battleground where it can attack with a release of cluster bombs and rapid fire Gatling gun. Has been known to land on fools.” 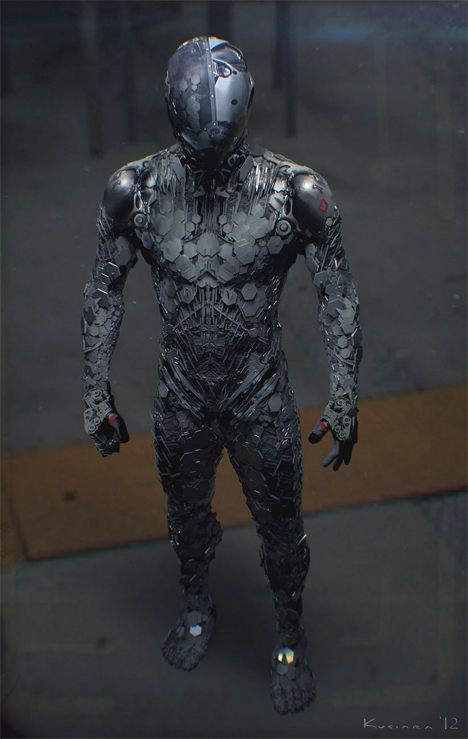 Artist Majiej Kuciara created this intricate suit as a test of the Replicators tools in Modo, which generate duplicates of geometry in a scene with realistic shading and rendering.