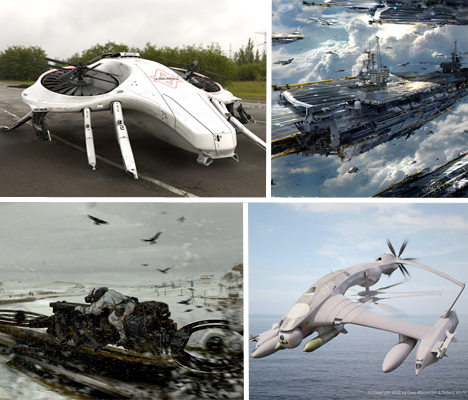 Never mind the mechanics of these fantastical digital art renderings of alien spaceships, advanced military vehicles and futuristic aircraft. Whether or not they’re compatible with the laws of physics, these sci-fi visions are a thrill to take in, inspiring a sense of wonder about the possibilities of the future and the technology that might already be present in the far-off reaches of outer space. 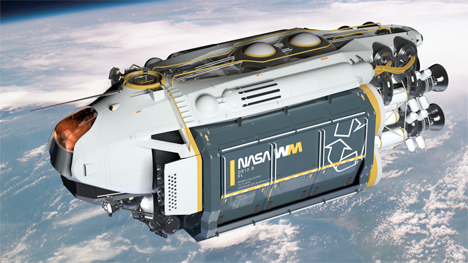 Concept artist Vaughan Ling envisions a ship for NASA that would collect and recycle garbage in space. He wrote to io9, “My fantasy concept is a system composed of the collector, a net dispenser and a recycling station in low earth orbit. Considering the launch cost can range from $4-5k per pound, not including the precious metals often used for satellite constrution, I thought that recycling could be a viable business one day. The collector would use nuclear power + highly efficient VASIMR rockets for propulsion and a detachable holding bay for dropping off at the station plus an arm similar to Canadarm on the space shuttle and ISS.” 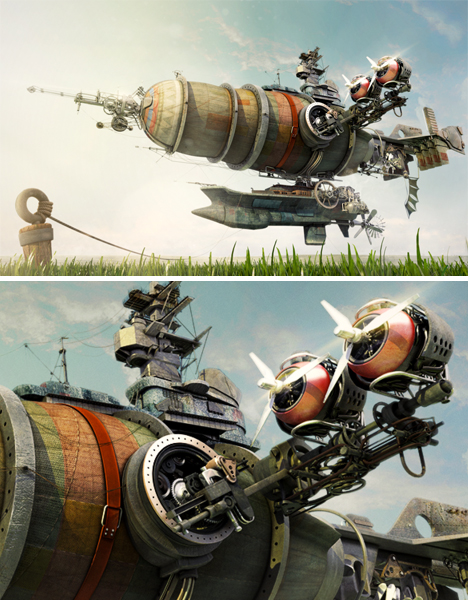 A complex steampunk airship hovers over a grassy field in this digital concept by artist Darkki1 on deviantART. 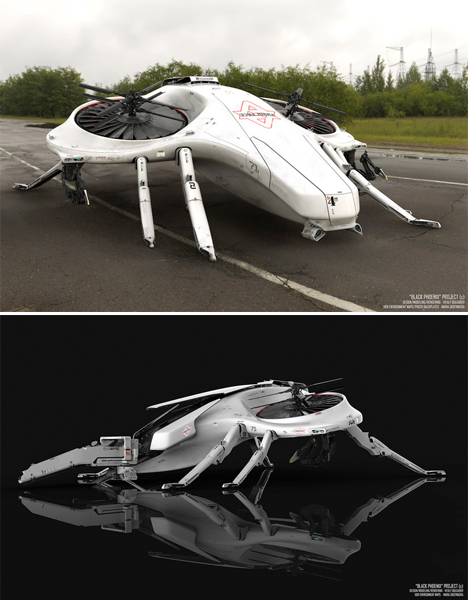 This ambulance mech by Vitaly Bulgarov is part of the Black Phoenix Project, a series of designs showcasing the product line of a fictional military corporation. The series is produced in collaboration with photographer Maria Skotnikova, who creates the high-res HDR-environment maps Bulgarov uses for lighting. The artists plan to release the series in the form of an art book. 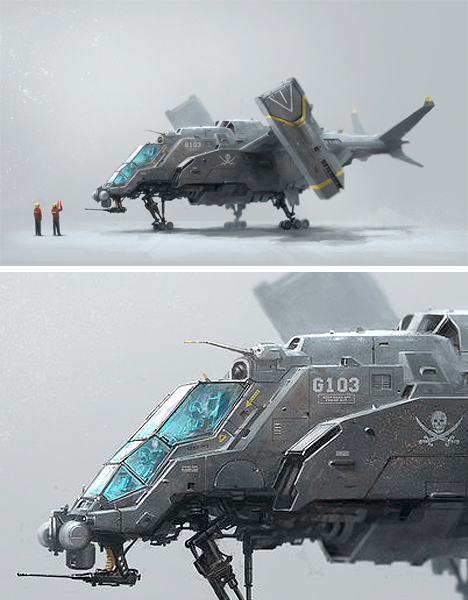 The G103 is a concept gunship by artist Alex Ichim. 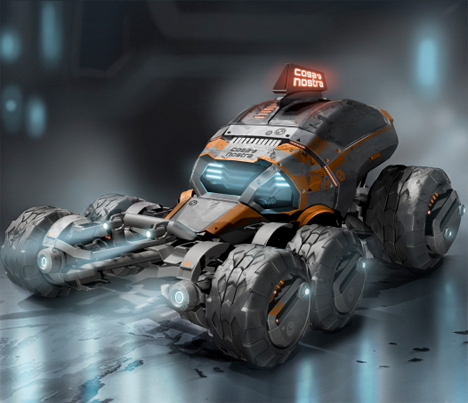 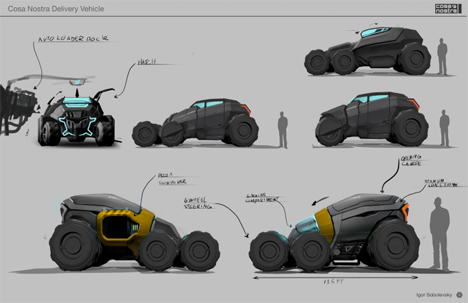