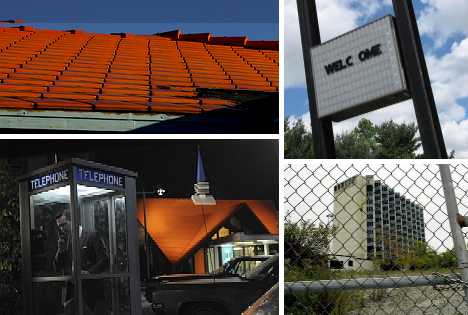 Mistake By The Lake – Cleveland, OH 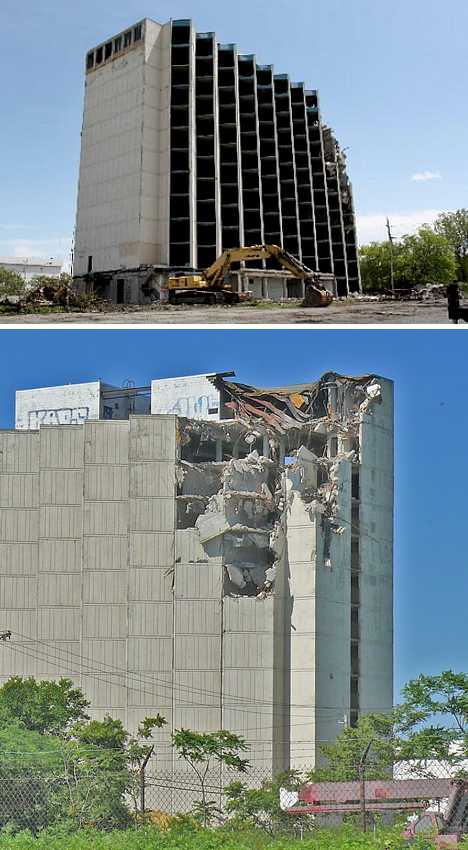 (images via: The Plain Dealer/Marvin Fong and Peace On Earth)

When Howard Brennan Johnson (son of founder Howard Deering Johnson) sold his company in 1979, it set off a decade-long domino effect of ownership changes, none of which helped the chain recover its declining fortunes. Howard Johnson’s Lakefront Motor Lodge epitomized the corporate trainwreck: by 1986 the hotel had lost its Howard Johnson’s branding and stood as an abandoned eyesore until late 2009, when the wrecker’s ball was finally allowed to complete the building’s collapse. 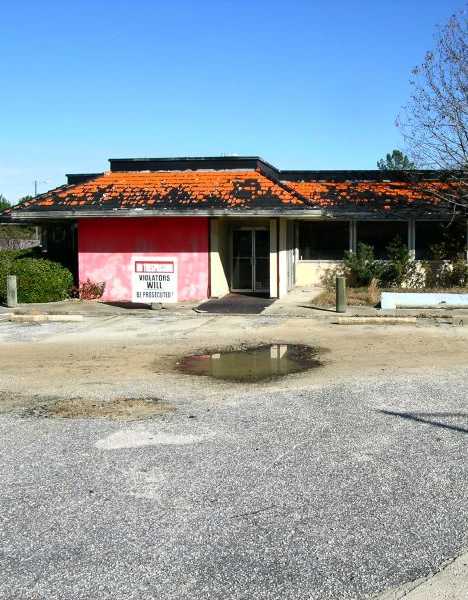 The I-95 corridor was made for travelers and where there are travelers, you’ll find a Howard Johnson’s… or what used to be one. This moldering abandonment waits silently for either the wrecking ball or a casual arsonist while defiantly wearing its mildewed orange roof as a callout to long past better days. Kudos to Flickr user Tim Hill (timojhill) for infusing just the right amount of subtle menace into the disturbingly distinct photo above. By the way, potential trespassers, the “pool” is closed and diving is NOT recommended. 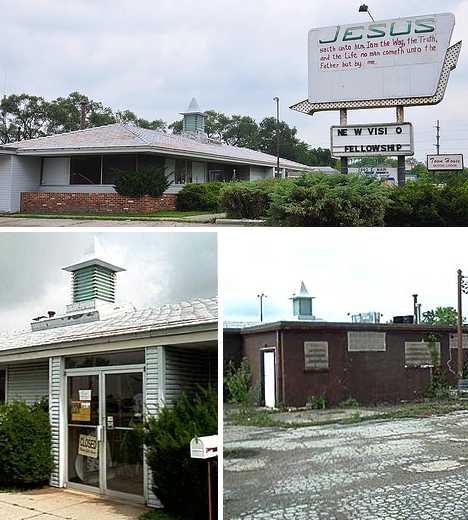 (images via: Debra Jane Seltzer (Roadsidenut) and Host of the Highways)

All dogs may go to heaven but only a few expired Howard Johnson’s make the leap, and the former HoJo’s restaurant off US-40 in Springfield, Ohio is one of them. Would it be flippant to suggest this venerable eatery has been reborn to serve a higher power? Does the collection plate exude the faint aroma of fried clams? Does the whole scenario smack of a yet-untold Simpsons story line? Hey, we’re in Springfield after all. 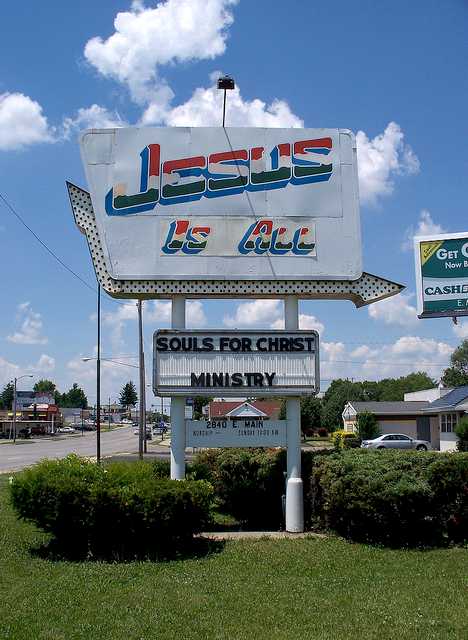 Much like old Holiday Inn signs, Howard Johnson’s signs were the faces of the franchise and when a HoJo loses its mojo, the sign is either the last to go or the first remnant to be reused. A tip of the hat to Flickr user Scottamus for the er, heavenly photo from July of 2010 of the former HoJo’s main signage above. 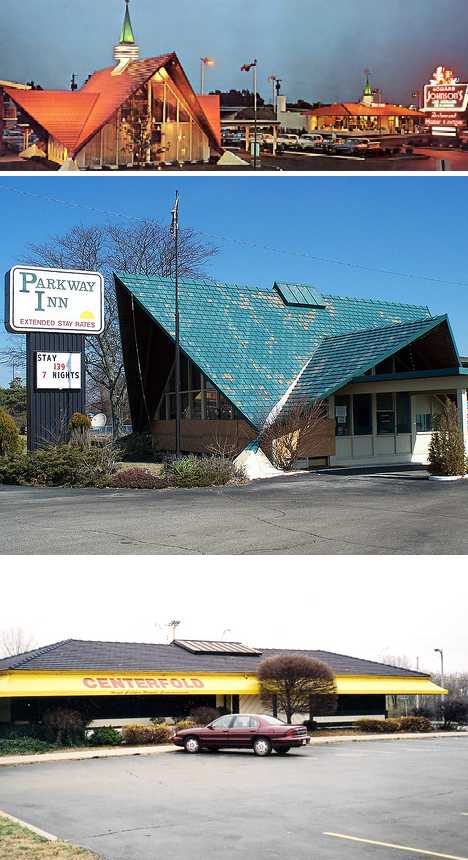 (images via: Host of the Highways and Scottamus)

The Howard Johnson’s Motor Lodge and restaurant off I-75 in Dayton was built in 1959 and enjoyed the better part of a quarter-century as one of the Ohio city’s prime travel service destinations. All that came to an end in the mid-1980s when the Motor Lodge became first an Econo Lodge, then the unbranded Parkway Inn. The latter closed in 2005 following the shooting death of a patron in a drug deal gone bad. After sitting abandoned for several years, during which the former HoJo’s trademark orange roof threatened to shed its alien coat of dull blue paint, the complex was demolished in April of 2010.