You may not have heard of Kulula Airlines but this South African (no, not Hawaiian) carrier is doing its best to get the word out. Painting its planes a vivid shade of Toxic Waste Green is one way to get noticed; turning a Boeing 737 into a full-size flying infographic is another. 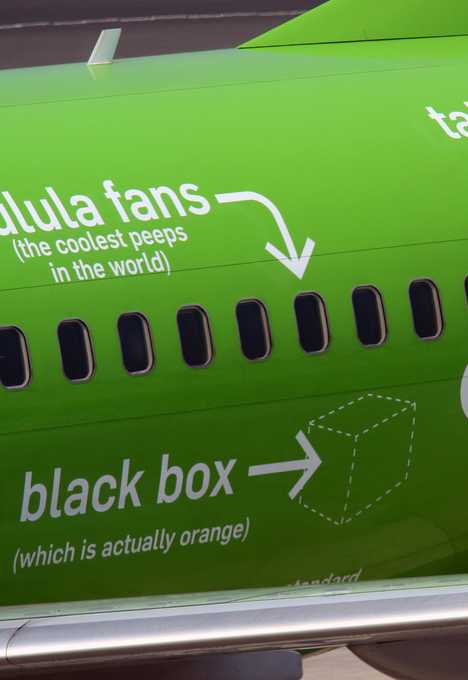 While infographics are cool in their own right, there’s something to be said for the TMI factor. On the other hand, in the event of an unfortunate incident searchers might appreciate assistance in a little exercise we like to call Black Box (which is actually orange) Recovery. A tip of the hat to Flickr user Johan Hetebrij for the slightly disquieting photo from which the above image was derived.

Bringin’ In The DOH

Low-cost carrier Western Pacific Airlines was only in business for three years but they definitely left their mark on the so-called “logojet” scene, employing over a dozen colorfully painted designs that not only looked distinctive but helped bring in some extra cash. One of the most memorable was the Simpsons Jet, a banana-yellow Boeing B737-300 bearing the familiar faces of America’s favorite animated family. Hmm, did they fly to Flanders? Stupid Flanders! 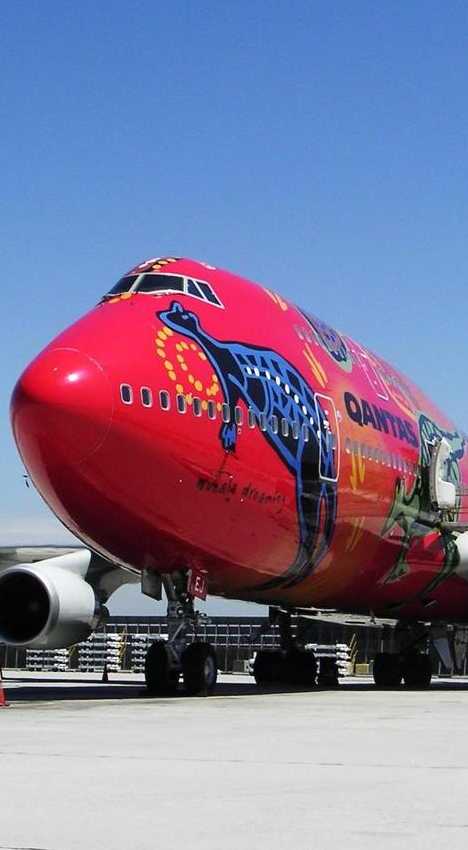 Launched in 2013, the Wunula Dreaming 747-400 was the fourth aircraft in Qantas’ Indigenous Flying Art series. Qantas has made the news overly often of late for all the wrong reasons – a bleeding snake stuck in the wing, for instance – so a snazzy paint job paying homage to Australia’s rich pre-colonial culture can only be an improvement.

It may just be the most memorable, though, thanks to the use of searingly brilliant colors and an authentic historic design: the plane is in effect the world’s largest moveable piece of Aboriginal art. No one could roo the day they book passage!