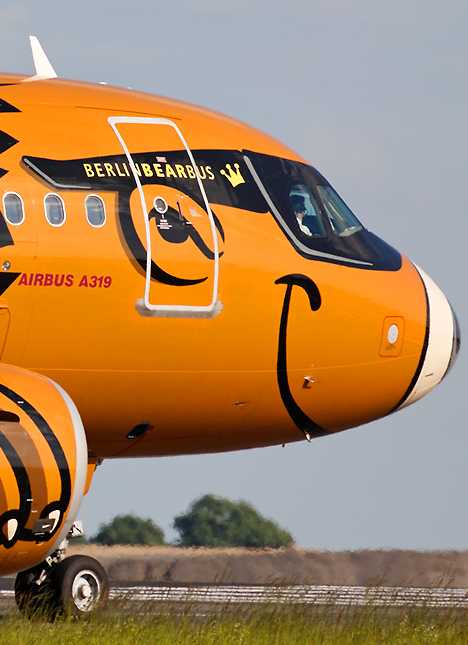 Japan has a CatBus, Germany counters with a BearBus… and we don’t mean Southwest Airlines’ Bar Refaeli Special, either. This smarter-than-the-average-Bearliner is an Airbus A319-100 operated by Germanwings, a Cologne-based budget carrier owned by Lufthansa.

In case you weren’t aware, the bear is Berlin’s official animal. Cool as this swept-wing sunglasses-wearing soaring Sugar Bear is today, we wonder what reception it would have received from the locals (and their occupiers) during the 1948 Berlin Airlift. 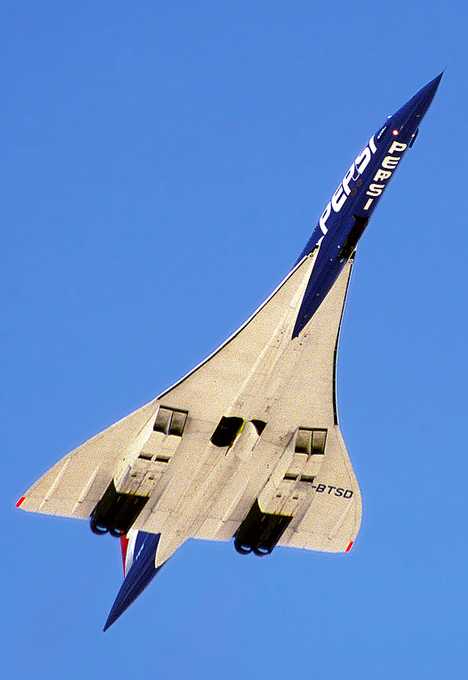 When it comes to the Cola Wars, thinking big is a must and when it comes to commercial passenger airliners, thinking big means the Concorde. At least, it did back in 1996 when Pepsi-Cola paid the joint French-British consortium that built the swoopy SSTs an undisclosed amount for a mere 16 days of unique branding exposure. Kudos to Flickr user Mikael Persson for the dynamic image of a carbonated Concorde in flight over Stockholm on its way to Paris. Wouldn’t it be cool to be on board… and ask the stewardess for a Coke?

(images via: WIRED, YouTube/TheConcordeChannel and The National)

One does not simply re-paint a Concorde in corporate colors, of course. The aircraft’s archetypical white paint was specially formulated to withstand heat generated by friction with air moving at over twice the speed of sound. The end result was only the fuselage was painted blue while the wings remained white, plus lettering and logos. Was it worth it? Consider that Pepsi is still fizzing today while the Concorde more or less fizzled out.