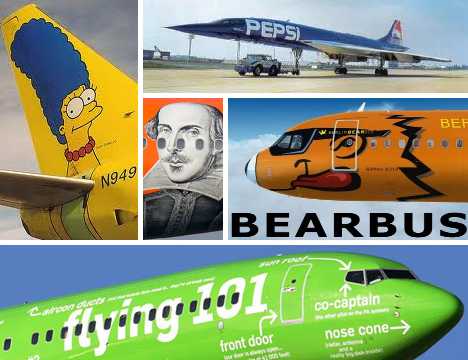 Airlines large and small are artistically painting their aircraft in flying colors to ensure the view from outside is as nice as the one from your window seat.

Shakes On A Plane 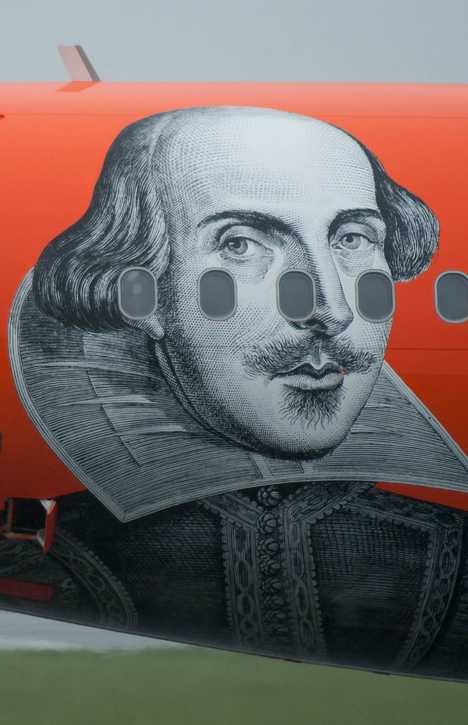 It’s a bard, it’s a plane! To help celebrate the 450th anniversary of William Shakespeare’s birth, British budget airline easyJet has rolled out a distinctly decorated Airbus A319-111 emblazoned with the legendary English playwright’s visage. The brilliant orange and white jet is the centerpiece of easyJet’s promotional campaign supporting the establishment of an annual national William Shakespeare Day on the literary icon’s birthday, April 23rd. A curtain call for Flickr user Joshua_Risker for the eloquently Elizabethan image of Sir Will above.

One curious feature of the promotion was the enlisting of the UK’s oldest living “William Shakespeare”, aged 91. Those interested in riding the Shakespeare plane will be pleased to note easyJet will be running special “on-bard entertainment” (their pun, not mine) flights from Gatwick Airport across the carrier’s network in the UK and Europe this summer. We’re guessing the Twelfth Night is fully booked.

In 2009 Sports Illustrated swimsuit issue cover model Bar Refaeli practiced a little double coverage when her bikini-clad likeness was plastered across both sides of a Southwest Airlines 737. While the Israeli beauty herself approved of the SIxSW promotional gimmick, the airline reaped a whirlwind of controversy when some passengers felt the imagery was, shall we say, less than family-friendly. 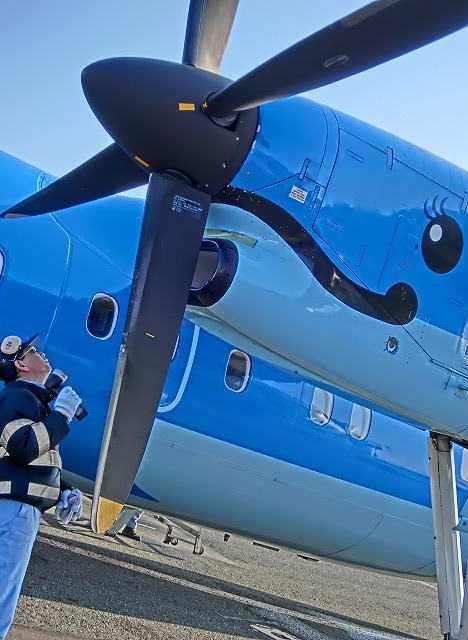 When Japan’s Amakusa Airlines decided to paint their entire fleet to resemble the company’s dolphin mascot, the firm’s accountants kept their composure… the “airline” only has one plane! Amakusa managed to make the most of their resources, however, as their workhorse twin-engine Bombardier Dash 8 turboprop was arted up to resemble a mother dolphin and her two babies – one on each side. Everybody now: “Awww!”

Amakusa Airlines may be small but when it comes to social media they punch far above their weight. The company’s Facebook page gleefully promotes the plane’s extreme makeover with a marketing focus on Japan’s so-called airplane geeks. Riding the dolphin was never more fun… well, almost never.