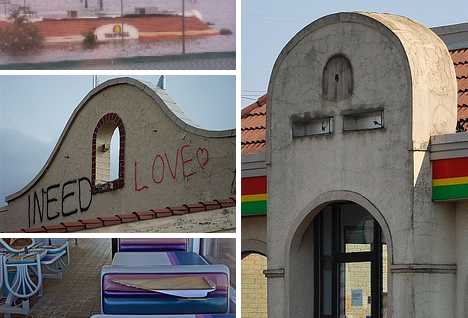 Don’t make a run for the border, most of Taco Bell’s 6,500 fast food restaurants are in the USA… not counting those that have been abandoned. 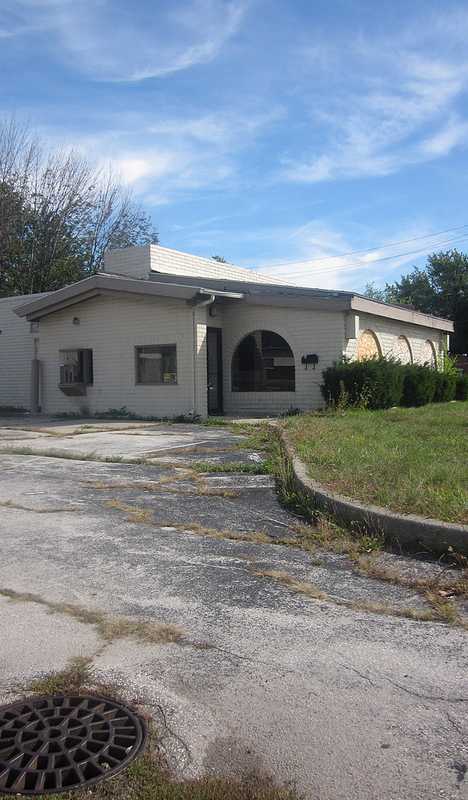 The future as depicted in the film Demolition Man posits that “all restaurants are Taco Bell”, but they sure didn’t look as decrepit and, well, post-apocalyptic as the one above. Located at 708 N Reynolds Rd in Toledo, Ohio, the bleached remains of this outlet markedly contrast with the site’s thriving vegetation and clear blue sky.

Kudos to Flickr user Brad Raye for these images of the former Taco Bell taken on September 17th of 2013. The utter desolation of the scene and the distinct lack of maintenance add an eerie aura to what is outwardly a peaceful, silent tableau of a future that never was. 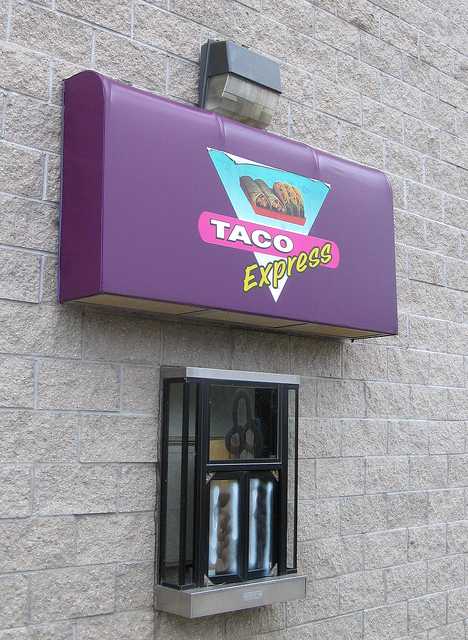 This former Taco Express location in Two Rivers, Wisconsin, may have shut its drive-thru window for good but that didn’t stop one disgruntled customer from getting the last word… or last pictograph, as the case may be. Full props to Flickr user Andrew T for capturing the frustration of a consumer unable to consume.

There’s A Sale At Penney’s!

Welcome to retail plaza hell, otherwise known as Torrington, Connecticut, where both a Taco Bell outlet and the JCPenney anchor store both appear to have bitten the biscuit. What can you make of this, Johnny? Flickr user MJBarnes photo-documented the current state of the for-sale unit on an otherwise beautiful spring day in 2012. 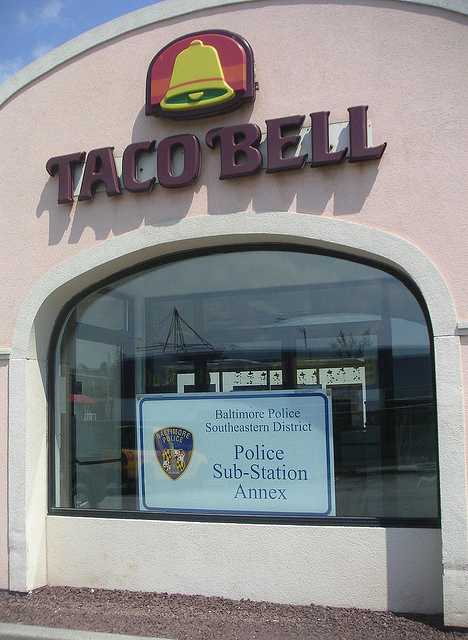 Anyone considering a dine & dash in East Baltimore has best avoid this particular Taco Bell. You’d think the police would really prefer to work out of a donut shop, and maybe they would, so you’d best pay for your order without using any two-dollar bills. A tip of the hat to Flickr user BETSY R for snapping the “only in East Baltimore” image above.