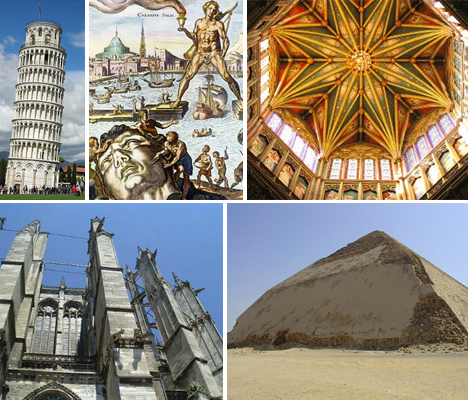 You can’t exactly fault ancient architects for building structures that were unable to withstand stone-shattering earthquakes, or simply experimental in nature – failure is part of the learning process, after all, and engineering methods were obviously less advanced back then. Big ambitions led to taking big chances, which often resulted in faulty construction and, occasionally, deadly collapses. Here are 13 examples of mistake-riddled churches, statues, lighthouses, stadiums and more from the period between 2600 BCE and the Renaissance. 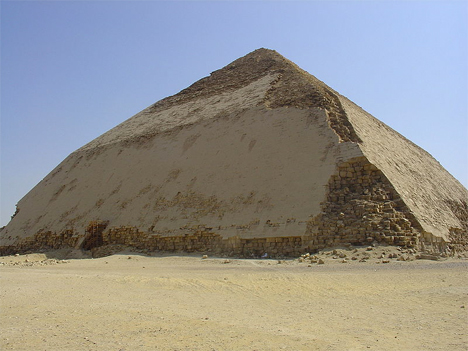 Why does Egypt’s Bent Pyramid, an unusual example of early pyramid development created around 2600 BCE, have a sudden change in angle about halfway up? Archaeologists believe that what we see today is basically a mistake created during the learning process, in which the builders realized that the steepness of the original angle would be unstable and prone to collapse. The lower portion of the pyramid inclines at an angle of 54 degrees, while the top is a shallower 43 degrees. Another 54-degree pyramid is believed to have collapsed while this one was under construction, leading the builders to suddenly change their plans. Subsequent pyramids in the area were constructed at the 43-degree angle instead.

The Colossus of Rhodes, Greece 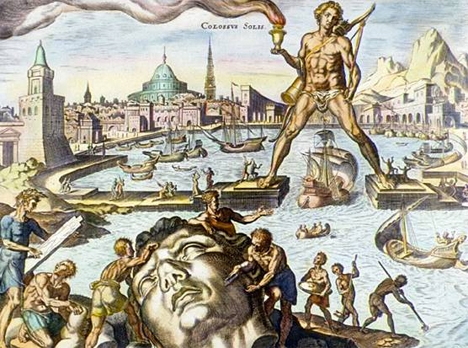 One of the seven wonders of the ancient world, the towering Colossus of Rhodes was a statue of the Greek Titan Helios that stood over 98 feet high on a pedestal in the city’s harbor. Erected by Chares of Lindos in 280 BCE to celebrate Rhodes’ victory over Antigonis I Monopthalmus of Cyprus, the statue was among the tallest of the ancient world. The statue stood for 56 years until the 226 BCE Rhodes earthquake, which brought it crashing down. After the oracle of Delphi stated that the Rhodians had offended Helios, they decided not to rebuild.

It’s certainly not surprising that seismic activity would have caused the statue to collapse, given that it was built long, long before any real understanding of earthquake-resistant engineering. But the fact that such a tall structure could have been built in the first place during that time is a wondering itself; modern engineers have speculated about the bronze plates and iron bars that would have been attached to the feet to reinforce them.

The Lighthouse of Alexandria, Egypt 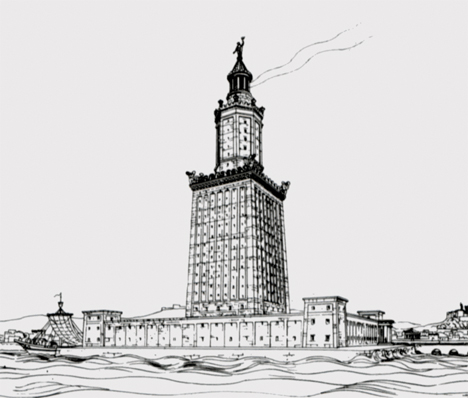 Another ancient wonder, the Lighthouse of Alexandria stood somewhere between 393 and 450 feet in height, making it among the tallest structures on earth for centuries. But the limestone structure, completed between 280 and 247 BCE on the island of Pharos, couldn’t stand up to three earthquakes spread out over four hundred years. It likely lost its upper tier before the first one struck in the year 956 CE, and by the third disaster in 1323, it was abandoned. What was left of it was covered with a medieval fort in 1480. 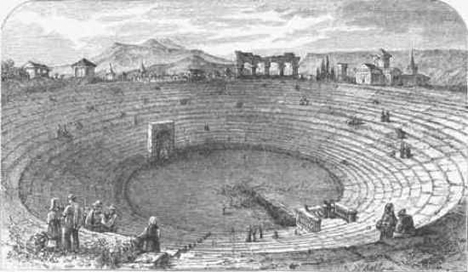 20,000 people were killed or wounded in the worst stadium disaster in history, which occurred in 27 AD at the Fidenae Ampthitheater about 8 miles north of Rome. The structure was cheaply built of wood and not up to the task of accommodating the 50,000 people who amassed to watch gladiatorial games after a ban on them was lifted. The Roman Senate decided that too many lower class people were ruining everyone’s fun, so they banned anyone with a personal worth under a certain amount from attending the events. 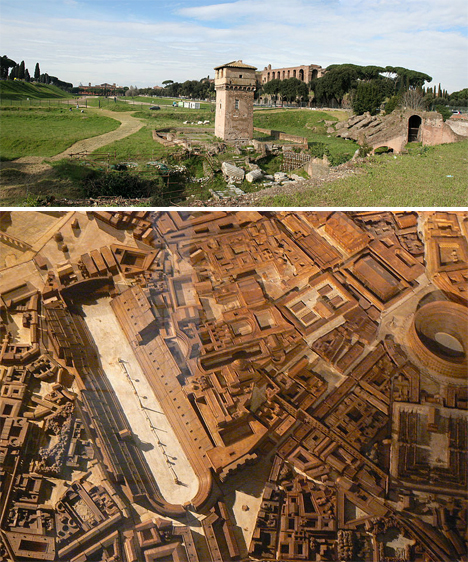 Built in the 6th century BCE, the infamous Circus Maximus was an ancient Roman chariot racing stadium capable of holding 250,000 spectators who gathered to watch the Roman Games and gladiator fights, and later, the races. The oldest and largest public space in Rome, and has been in near-constant use every since, with its latest incarnation as a public park and space for events like concerts and festivals. But in 140AD, it was the site of a major disaster: the upper tier of seats collapsed under the weight of too many spectators. 1,112 people were killed in what remains the deadliest sports-related incident in history.