Your Colonel, My King 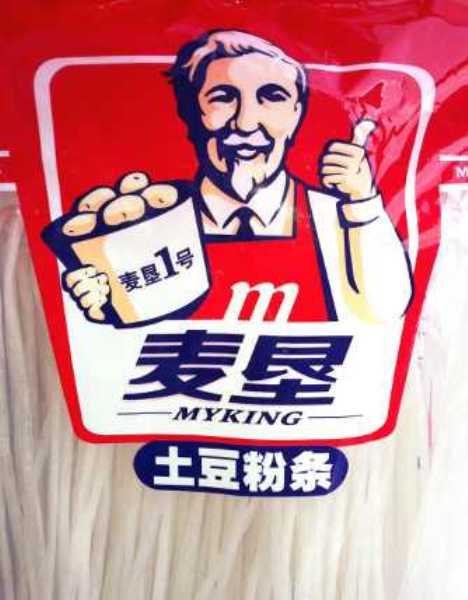 Ever wonder what kind of success Harland Sanders might have had if he started off serving buckets of potatoes instead of fried chicken? Wonder no more! If the image above (kudos to Sam Reeves of Chinese Culture) is any indication, he would have succeeded big time – in China, at least. Then he’d have to defend his copyright against a host of predatory American noodle-making imitators. 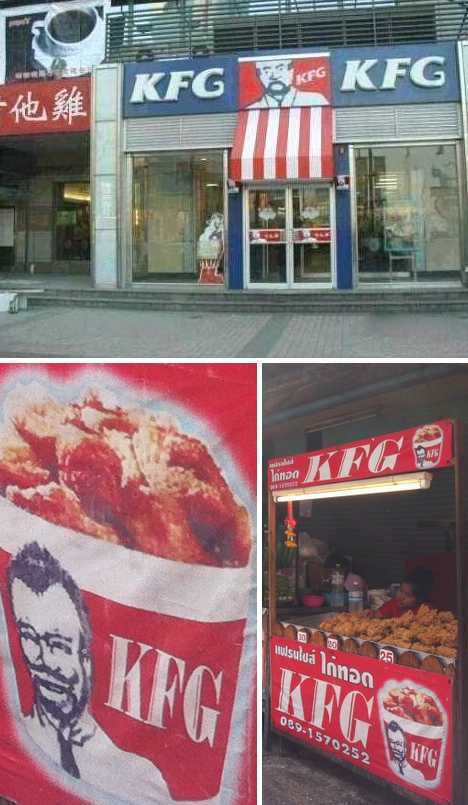 (images via: China Hush and The Mad Traveler)

So you’re hungry for fried chicken in Asia and you decide to take a chance on KFG… but which KFG will you choose? Either way, odds are you’ll be tossing and turning later that night while the hearing the voice of the crusader from Indiana Jones and the Last Crusade whispering “You chose poorly.” 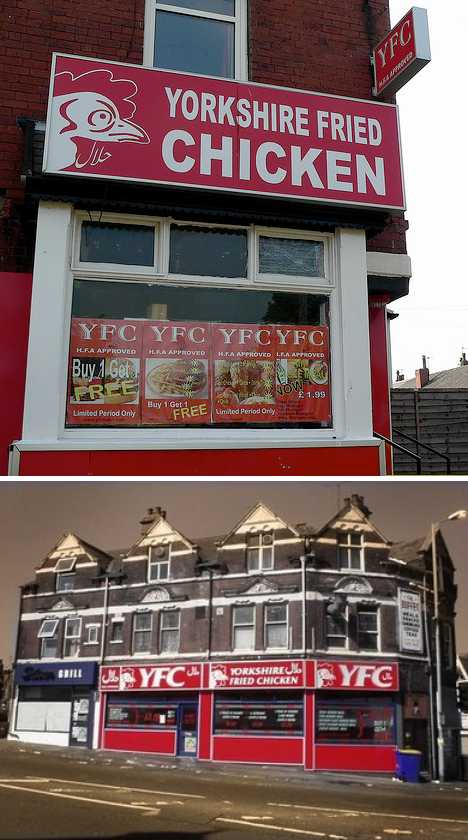 Unemployed rippers in the Yorkshire area now have another option: choppin’ up chickens at YFC! Bring your own knife. While Yorkshire may traditionally be known more for pudding rather than for chicken, operations like YFC just might change that. Besides, the thought of nom-nom-nomming an entire bucket of Yorkshire Pudding is enough to strike fear into the heart of any appetite.

Ve Have Vays To Make You Cluck 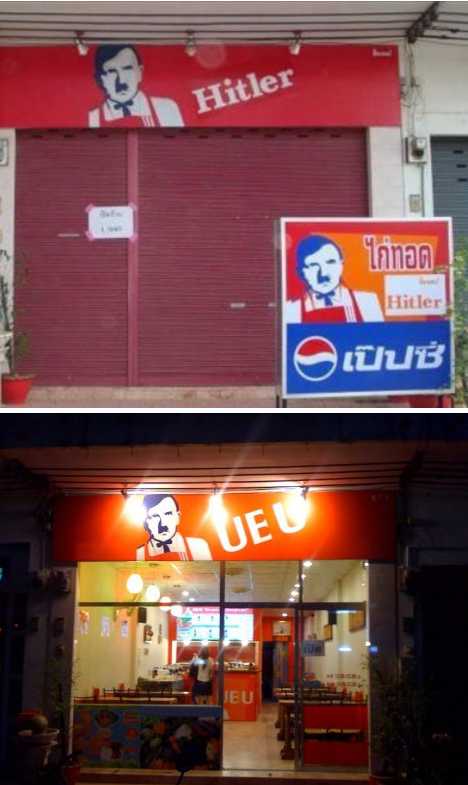 (images via: The Braiser and News Asylum)

You know who else opened a fake KFC outlet in Thailand? Yep, THAT guy… wait, wasn’t Der Fuhrer a vegetarian? Bangkok Dangerous indeed. KFC caught wind of the soon-to-open outlet in mid-2013 and threatened a lawsuit while issuing the following statement: “We find it extremely distasteful and are considering legal action since it is an infringement of our brand trademark and has nothing to do with us.” The store eventually opened as “UEU” instead of “Hitler” though the bizarre Fuhrer Sanders graphic remained. Perhaps KFC needs to open a second legal front.