The dark architectural equivalent of ‘Faces of Meth,’ these compiled Google Street View images of Detroit from 2009 through 2013 paint a poignant portrait of decay in the city. Entitled ‘GooBing Detroit,‘ a tumblr blog uses Google Street View Time Machine to follow the fast transformation of houses from cute and cheerful suburban residences to overgrown vacant lots. 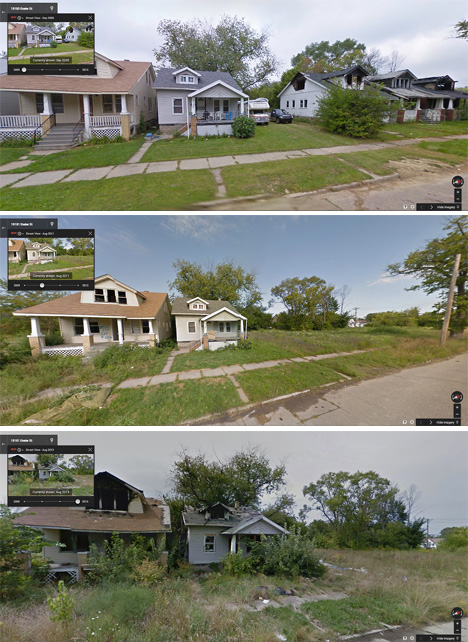 Much has been said about the decline of a once-great city, and the seemingly diminishing chances of a comeback. The city’s 78,000+ ‘feral houses‘ are the stuff of legend, seeming to revert back to a wild state the way domesticated animals tend to do when left to their own devices. 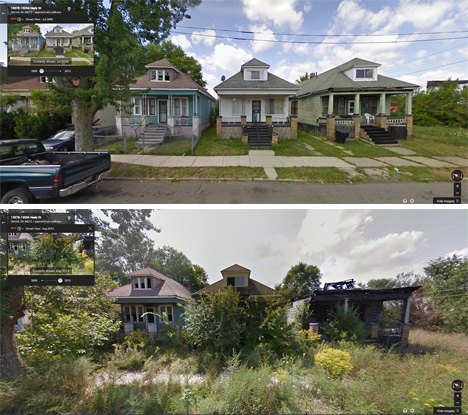 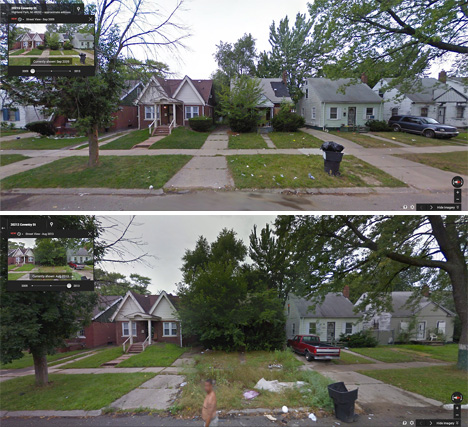 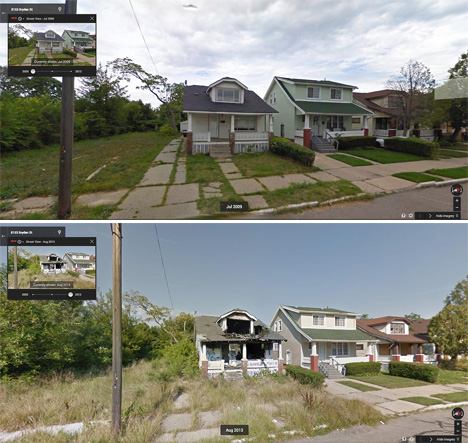 The Street View images are often astonishing in the rapid transition in a span of just a few short years. A stretch of houses may have cars parked in the driveways, toys on the lawn and other signs of life all around in the first image, while by the third or fourth they’re barely discernible among the overgrowth. 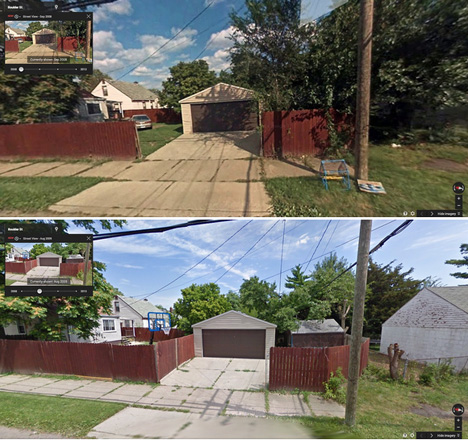 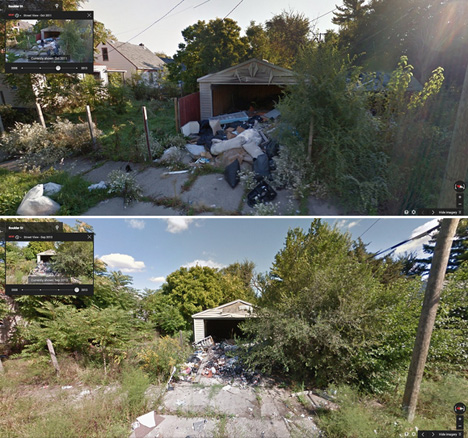 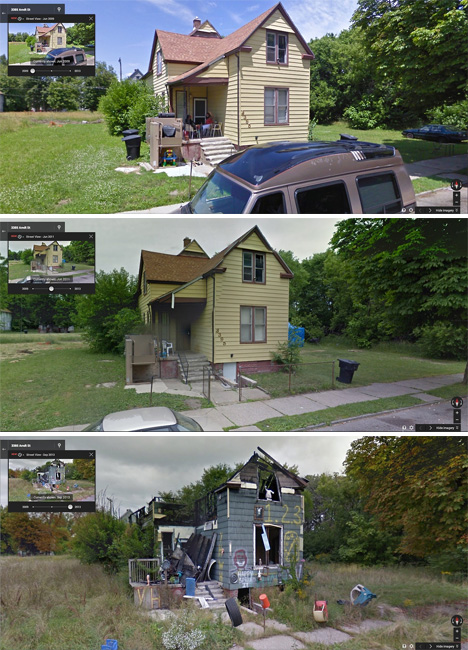 While these images really drive home how much Detroit has lost over the last three decades, many residents aren’t ready to give up hope, despite the fact that the city’s population has declined from a peak of 1.8 million to just 700,000. There are indeed areas of the city that still thrive, but the question of an overall plan (either to break the city into manageable pieces or reinvigorate it as a whole) remains an open one.