A forced relocation is underway as thousands of squatters are moved by authorities out of their homes and the city of Caracas, some of whom have called the infamous half-finished Tower of David home for as long as seven years. 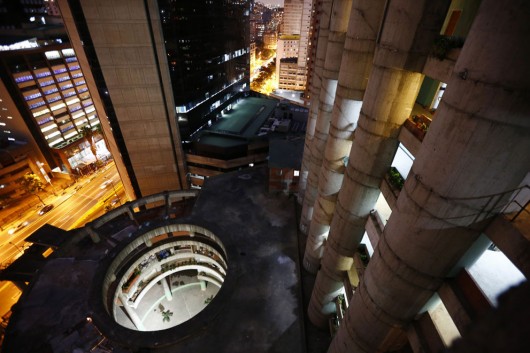 Rumors began a few weeks back as Chinese bankers expressed interest in purchasing the unfinished structure in Venezuela, with the intention of turning it back toward the (official and licensed) commercial and office uses for which it was originally intended. Currently, however, over 1,000 families live and work in the first few dozen floors of this 44-story skyscraper. 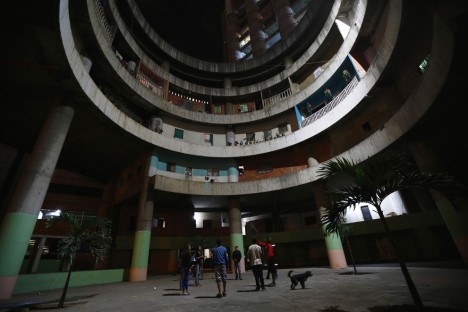 With surprising speed over the past week, the government has already shifted over 100 of these to a settlement outside of town (three floors a time) and is set to displace everyone living in the building, primarily to Valles del Tuy in the state of Miranda. 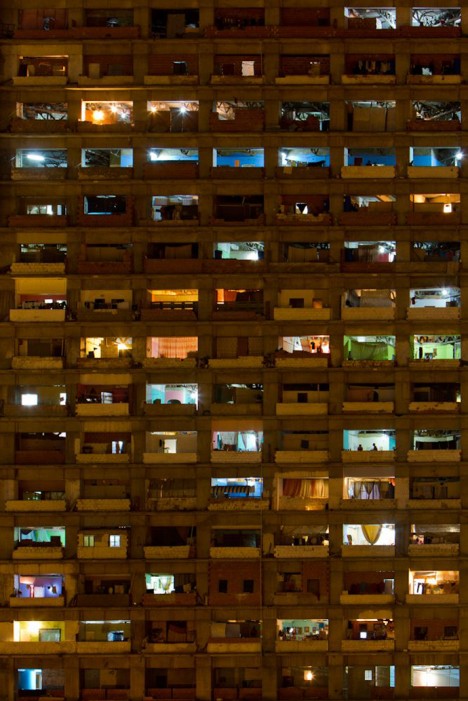 The tower was originally abandoned mid-construction in 1990 and eventually taken over by informal inhabitants who created not just homes but stores, offices, gyms, groceries, tailors, factories, churches tattoo parlors and even internet cafes within its walls. 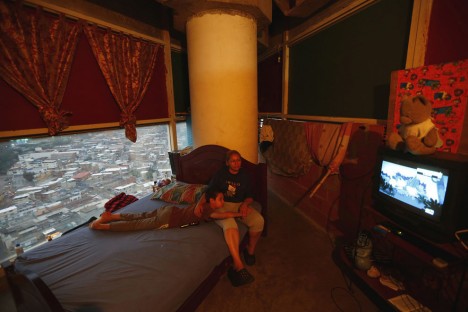 Without an elevator (and with missing windows on the top levels), its most prized spaces for occupants have been on the lower floors, with scooter taxis that ferry people up ramps to some levels adjacent to the parking structure. Like Kowloon Walled City, the place has its own rules and informal systems of bringing in and sharing resources, including limited water and power. 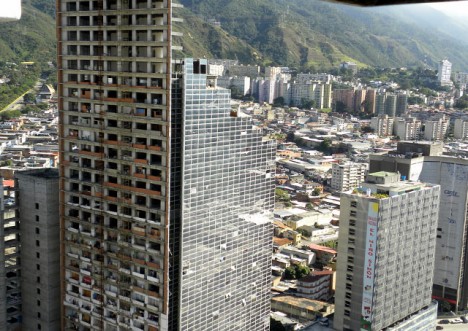 The Urban Think Tank, which spent years studying the building (and writing Torre David: Informal Vertical Communities), has weighed in on the significance of the building and its occupants as well as its sudden shift in direction: “What we found was neither a den of criminality nor a romantic utopia. Torre David is a building that has the complexity of a city. It merges formal structure and informal adaptation to provide urgently needed solutions, and shows us how bottom-up resourcefulness has the ability to address prevailing urban scarcities.”

More from UTT: “When dealing with informal settlements, infusions of money for major public works and other approaches that involve large-scale rapid change – such as the razing of slums and relocation of poor populations – have generally failed in the complex setting of the city. The commercial housing market simply does not supply enough homes. There are too few units of social housing, and the majority of these are far beyond the reach of low-income families.”

“The dire asymmetries of capital in the global south do little to help; yet various forms of structural neglect have not always diminished great entrepreneurial vigor. Shunned by governments and the formal private sector, city dwellers, like those in Torre David, have devised and employed tactics to improvise shelter and housing.” Images via The Atlantic and Torre David: Informal Vertical Communities.