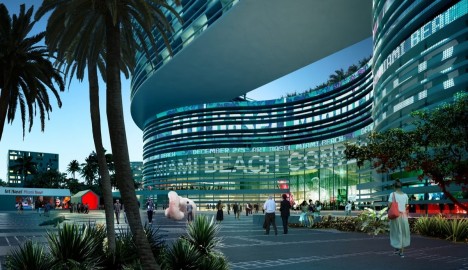 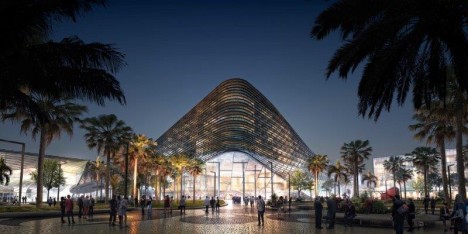 Rem Koolhaas beat out his one-time employee Bjarke Ingels and a host of other architects for the honor of designing a sizable swath of Miami Beach in the form of the city’s convention center, a 52-acre, $1-billion project that the Miami Herald called “the most important development deal in the history of Miami Beach.” Koolhaas’ firm OMA designed a curving, vaguely futuristic structure that would have fit right in with other major architectural projects in the area, including a striking parking garage by Herzog & de Meuron. But a new mayor and city commission decided the project was too big and ambitious, scrapping it for something with a smaller price tag that can be completed more quickly. 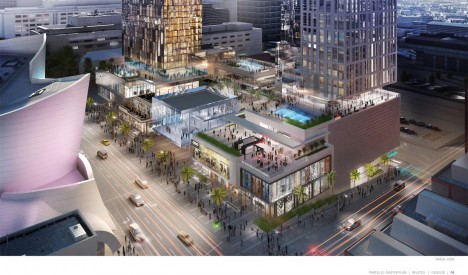 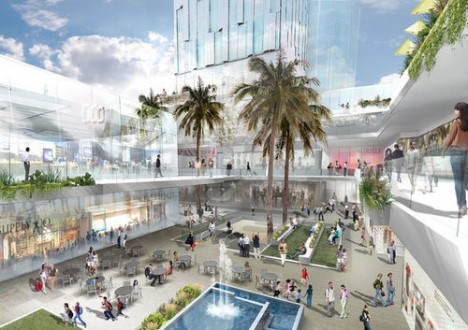 Frank Gehry might have lost the Eisenhower Project, but he’s gained the honor of designing a new stretch of hotels, shops and public spaces adjacent to his own Walt Disney Concert Hall in Los Angeles. Actually, he won it back, technically, as his firm Gehry Partners was once atop the design team for the Grand Avenue Project, which includes 380 apartments, 50 condos, 250 hotel rooms and 171,000 square feet of retail. The developers brought in local firm Gensler and New York-based starchitect Robert AM Stern instead, but their “hasty collaboration” (seen above) was rejected by the property owners for being “uninspired and overly commercial.” Gehry has yet to debut his own designs. 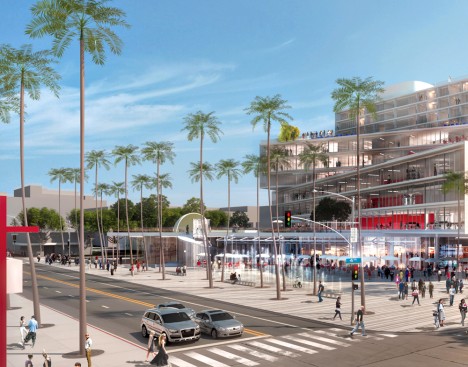 In yet another case of winning out over Bjarke Ingels only to see his design ultimately rejected, Rem Koolhaas was on track with the 400,000-square-foot Plaza at Santa Monica, just waiting for final approval of the proposal to make things official. But in a surprise move, the city council rejected OMA’s proposal in a 5-1 vote despite the mayor calling it “the most perfect project on this site.” It’s not clear exactly why the plan was rejected, or whether Koolhaas will remain at the helm of a new proposal. 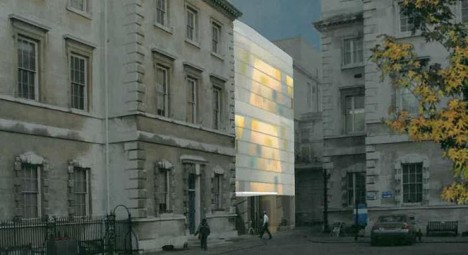 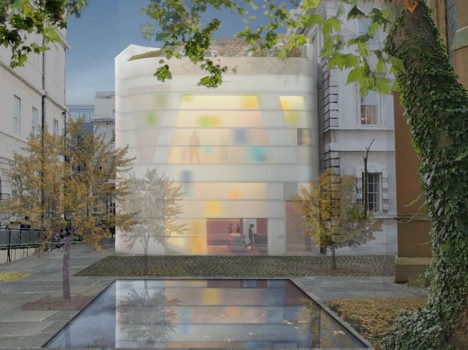 A lantern-like addition to the Maggie’s Barts cancer care center in London was set to replace an 1960s block with a soothing glass facade inspired by the ambiance of the nearby St. Bartholomew the Great church. But that very facade is what led to the rejection of Steven Holl’s proposal for the three-story structure, though committee members didn’t say exactly what they found objectionable about it.