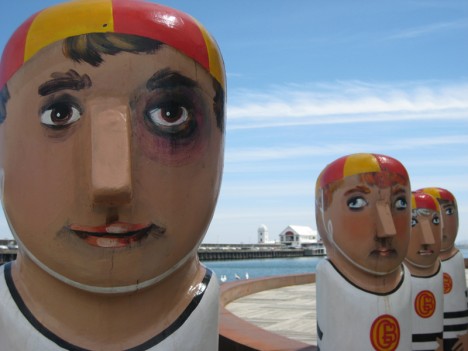 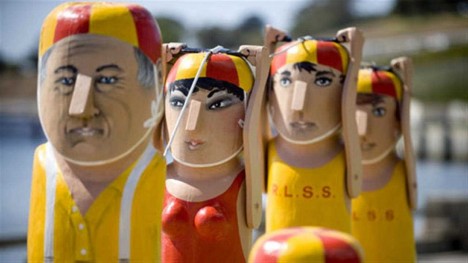 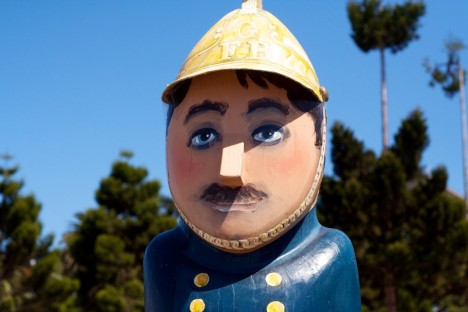 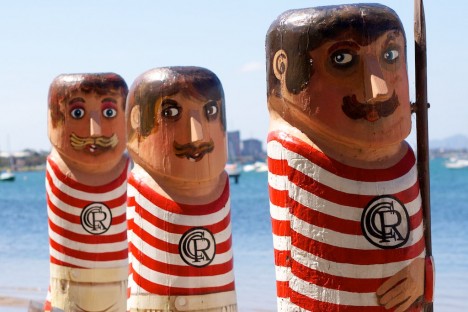 Geelong, a port city of 215,000 located southwest of Melbourne, Australia, has a curious claim to fame: an abundance of charmingly painted bollards! The so-called Bollard Historical Markers are made of wood sculpted and painted by the late artist Jan Mitchell. In 1994, Geelong city commissioners approved Mitchell’s proposal to create and install bollards depicting characters from Geelong’s history and within a mere five years, over 100 Mitchell-modified folk art bollards had sprung up across the city. 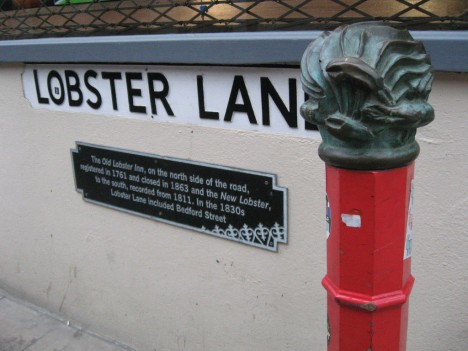 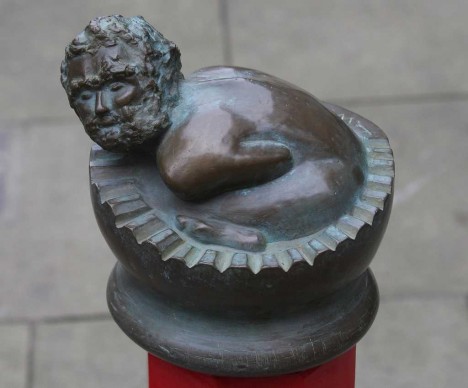 In 2007, Norwich City Council commissioned sculptor Oliver Creed to create a series of original finials to top bollards in the historic Norwich Lanes neighborhood. The bollards themselves were painted Madder Red (referencing the plant used in Norwich’s 16th century weaving trade) while the design of the finials evokes various aspects of the location’s history. One such finial depicts Peter, a “wild boy” kept by Great Britain’s King George 1st as a curiosity. It seems Peter was imprisoned at one point in Norwich Bridewell; perhaps he wasn’t quite wild enough for English royalty. 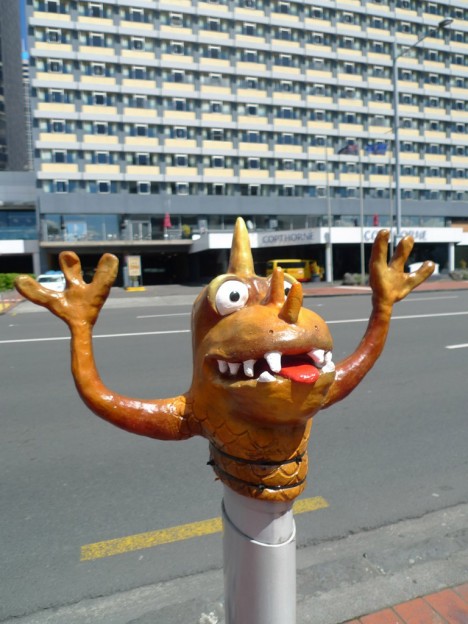 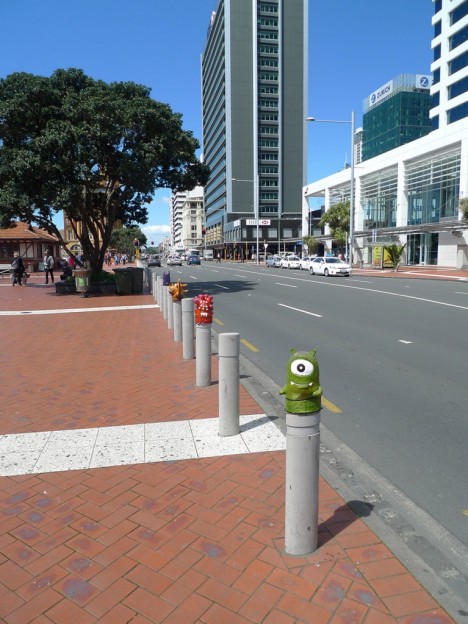 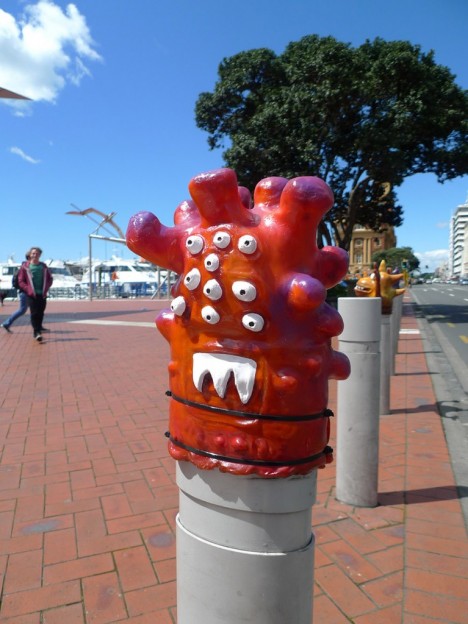 In late 2013, Auckland, New Zealand’s Quay Street was invaded by a number of hideous, monstrous creatures who (thankfully) did nothing more than occupy the tops of traffic bollards – 120 of which lined Quay Street. Presumably a part of the city’s Art Week, the invasion of the bollard snatchers slowly petered out as resisting humans gradually snatched the snatchers in the dark anonymity of night. Gotta love that last red one, which could be the lovechild of Domo-kun and a Shoggoth. 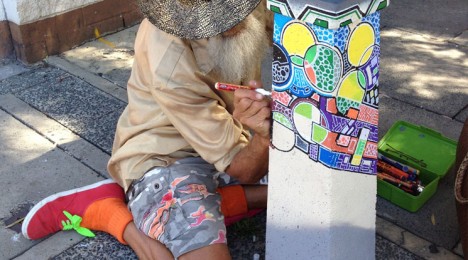 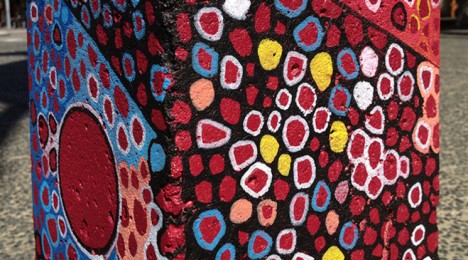 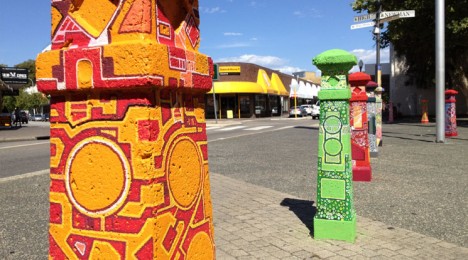 When your name is Horatio T Birdbath, people sorta expect your art is going to be, well, a little out there. Checking out the traffic bollards in Freemantle, Australia, one must agree. Birdbath’s intricately colorful decorated bollards began to appear around King’s Square in late 2012 and each one stands as a unique statement of – hmm, we’re not sure exactly WHAT they stand for but there’s no doubt they stand and are quite unique.