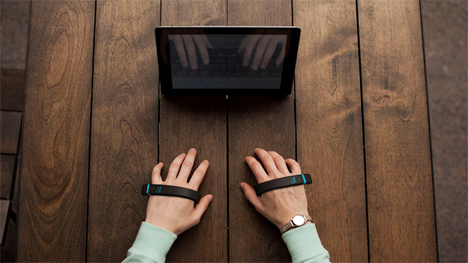 If your hand has ever molded into a claw from typing on a conventional keyboard for too long, or you’re in the habit of hovering over your workspace with a bowl of noodles, pay attention. These 15 unusual keyboard designs include built-in bowls, flip-out panels for the fat-fingered, virtual displays and one-handed grips. 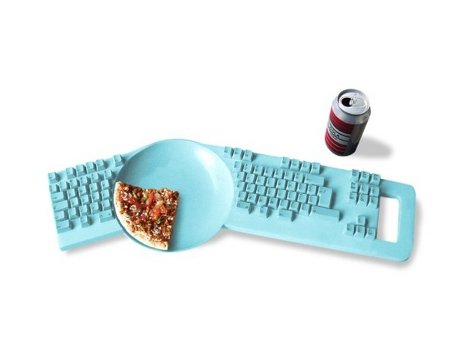 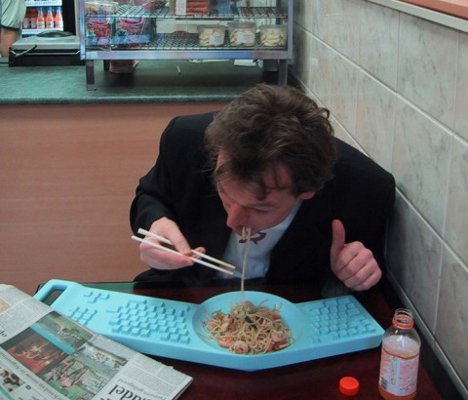 Our computer keyboards are known to be among the most germ-ridden places known to man, but that doesn’t stop most of us from hovering over them as we eat our meals (thus, making the problem even worse.) This keyboard/plate combo by Dutch designer Hella Jongerius aims to solve that problem by adding a bowl to the center. Unfortunately, as much as gamers, students and over-achievers would probably love this to be a real product, it’s just a tongue-in-cheek concept. 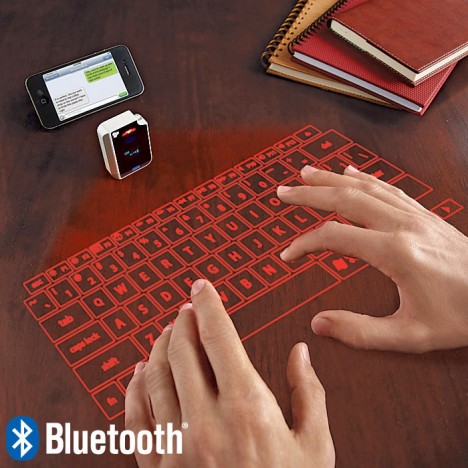 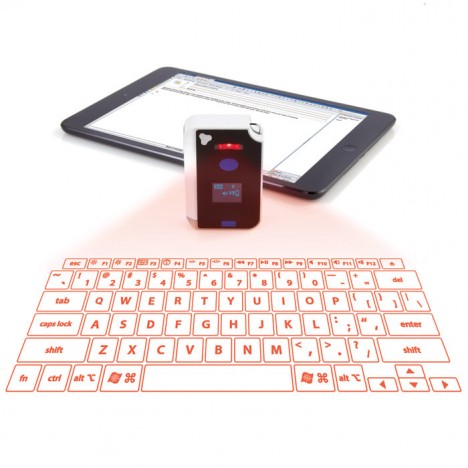 The future of keyboards is almost certainly virtual, with lasers projected onto a flat surface and optics that track the movement of your fingers. Keyboards like this still seem futuristic to many people, but they’re already available. This model goes for $119.99 at Brookstone. 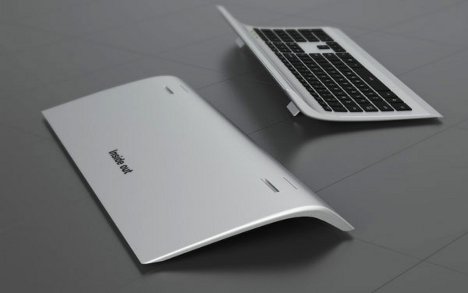 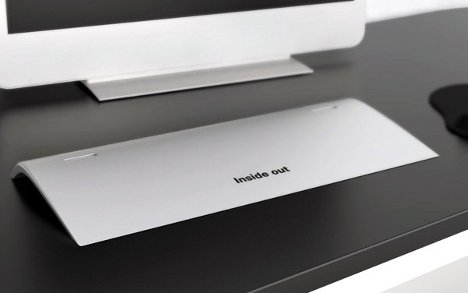 The Inside-Out keyboard by designer Min Koo Yeo might just be a peek at what gesture-based keyboards will look like just a few years from now. While the front side is a standard keyboard with its own mini track pad, the back side is one big “smart” track pad for a greater range of gesture-based commands. 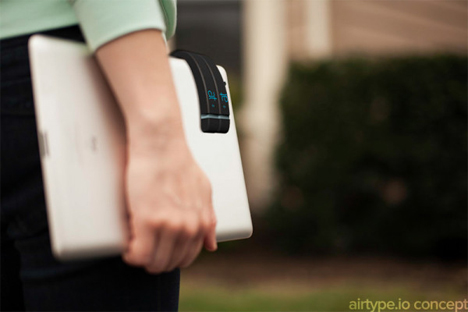 The tiny keyboards on mobile devices can be frustrating for anyone with larger fingers. What if you could just cuff a couple devices onto your hands and ‘type’ on a flat surface instead? AirType detects the movement of your fingers and translates them into alphanumerical input. According to the creators, the device will learn from you, adapting to your personal typing style and habits. 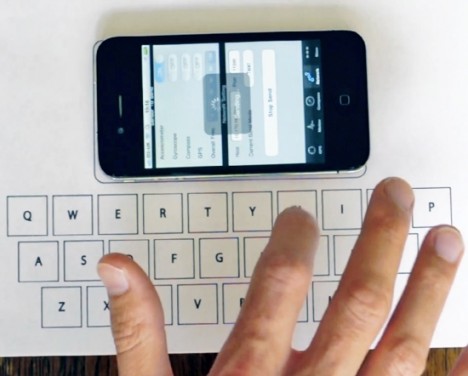 The Verbatim Virtual Keyboard by designer Florian Kraeutli turns a simple piece of paper printed with letters into a fully functioning keyboard. It puts the iPhone’s built-in accelerometer to work measuring and identifying the location of letters on the paper. At 80% accuracy, the concept still needs work, but it’s an intriguing start.