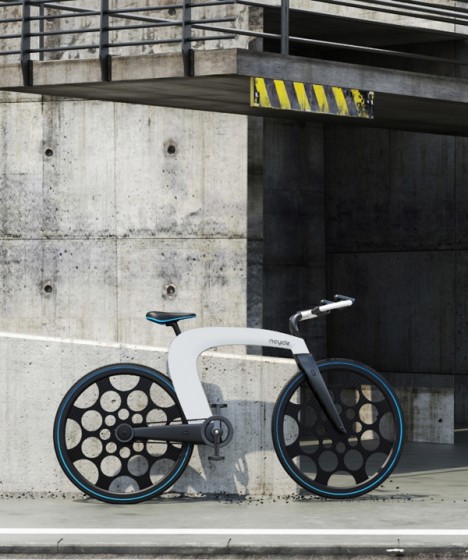 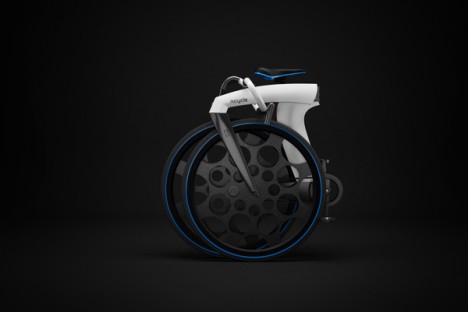 The nCycle is a folding electric bike concept with a battery and storage compartment hidden within its paneled frame. It also has an integrated lock via a telescoping bolt that closes the loop of the handlebars as well as LED lights and a built-in soundsystem streaming Bluetooth audio from your phone. Control it with a holographic display on the handlebars so you don’t actually have to fumble around with your phone while riding. 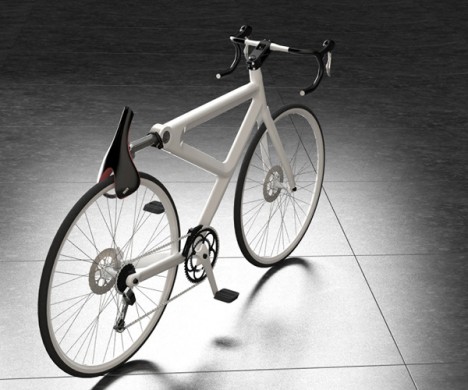 This is so simple, it’s kind of a wonder that nobody has thought of it already: the saddle flips down to secure around the rear wheel, immobilizing the bike. The designers say “The Saddle Lock provides a way to quickly lock the rear wheel without the need for additional locking accessories. The seat post swings down around the main frame when a button is pushed. The saddle features a cut-away shape that allows it to sit over the rear wheel. A combination lock allows the release of a special alloy rotating lock that extends from one end of the saddle to the other, securing its connection to the wheel.” 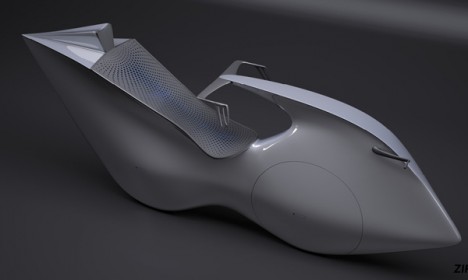 Designer Eric Birkhauser calls his ZIPcycle concept “the next evolution of the bicycle.” It certainly doesn’t look anything like the centuries-old design that we still use as the basis for nearly all bicycles, integrating the wheels right into the streamlined aluminum body. The position of the rider and the smooth surfaces are said to require about 40% less energy to maintain a cruising speed of 20mph. 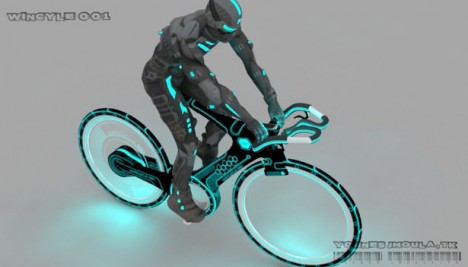 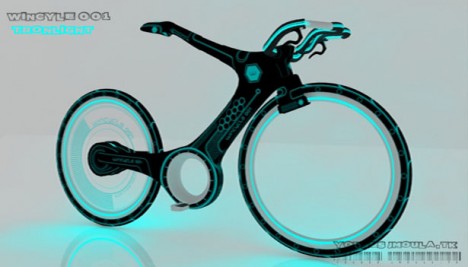 Clearly inspired by the Tron Legacy movie, the Wincycle001 was designed in response to a challenge among a group of designer friends to create an innovative and futuristic bicycle concept. Younes Jmoula integrated lots of LED lights for an appropriately sci-fi look.