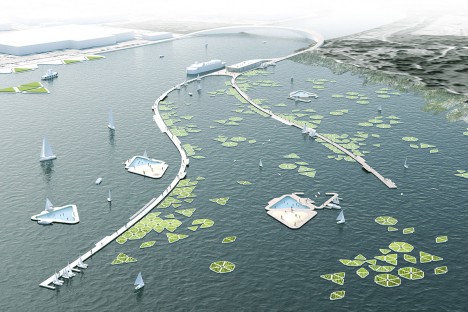 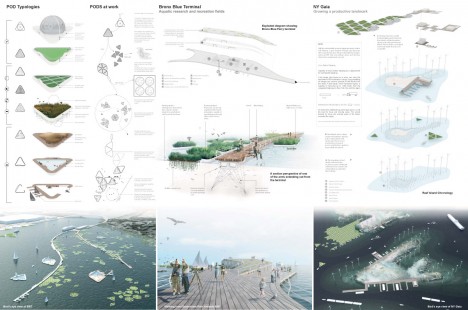 Incorporating all of the major goals of Vision 2020, New York City’s official waterfront plan to make smart use of the city’s waterways, NY Parallel Networks creates a new public recreational space in the Bronx with integrated energy production, water filtration and natural habitats for wildlife. The proposal won Terreform ONE’s ONE PRIZE: Water as the 6th Borough competition to re-imagine the city’s waterways as settings for all sorts of new activities. A ‘cellular system’ rather than one big superstructure, the plan features individual floating pods with varying purposes. Some are public parks, some filter the river’s water, and others produce clean energy or provide research sites. The scalable project develops “water-borne culture” and could be installed at various points around the city. 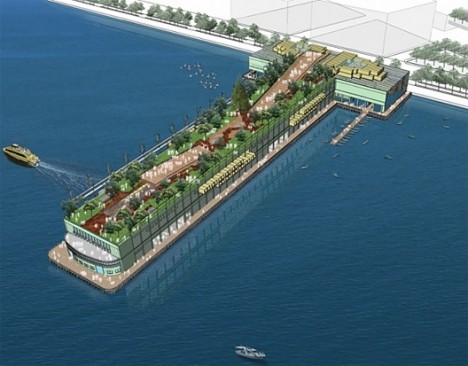 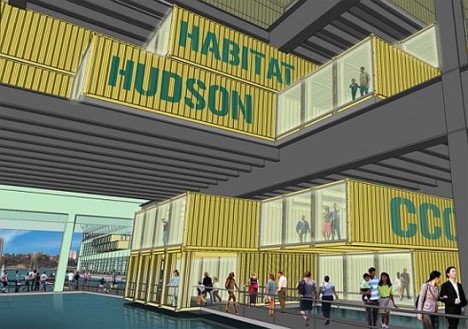 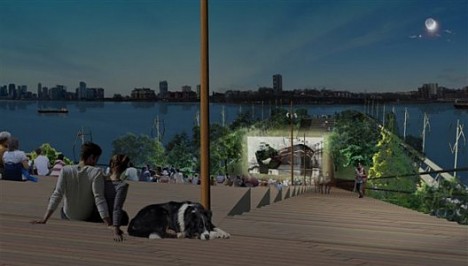 Pier 57 outside Chelsea will host a bustling new shipping crate-based attraction by cargotecture firm LOT-EK, offering green space, shopping, a rooftop for open-air film viewing and an underwater educational and exhibition space. Coordinated by the Hudson River Trust, which is committed to opening up the city’s waterfront to the public, Pier 57 represents an economical and sustainable solution compared to other proposals thanks to its re-use of plentiful and cheap shipping containers. 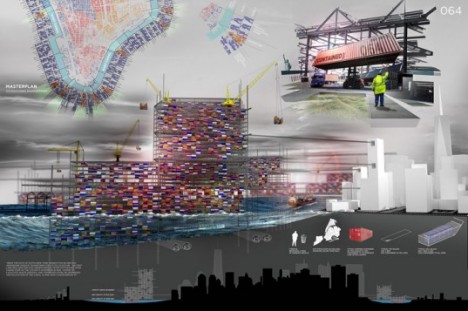 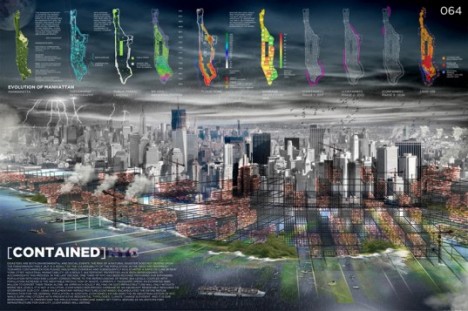 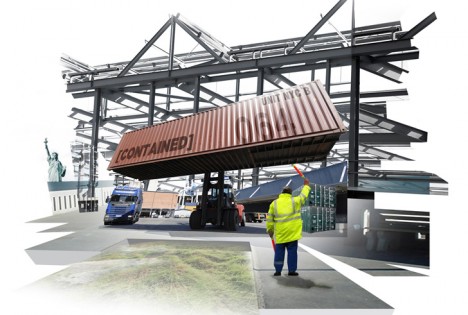 Could shipping containers packed full of trash help protect Manhattan’s shores from potential flooding? The [CONTAINED] concept, created for the ONE PRIZE contest, places these sealed containers full of non-toxic, unrecyclable materials within a trench dug around Manhattan’s shoreline to create a sort of flood gate, holding back storm surges. But beyond that practical purpose, this layer of shipping containers could serve as a foundation for a new layer of businesses and even residences. 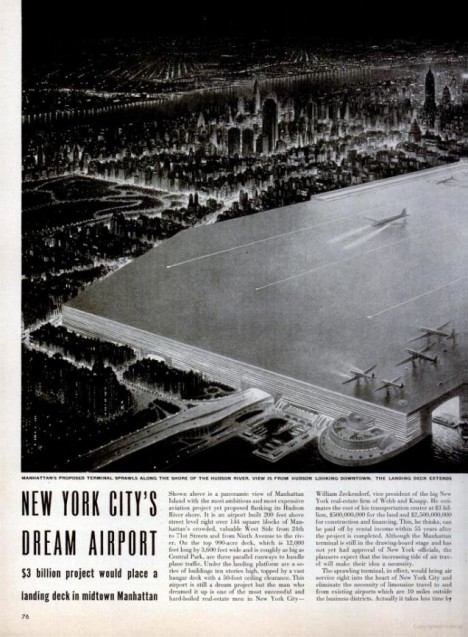 In 1946, the owner of the Chrysler Building envisioned ‘Manhattan’s Dream Airport,’ a 144-block floating airport that would be placed on the edge of the Hudson River. Not many details are available about the proposal, which looks like a giant runway-covered slab, and it’s unclear what residents thought of the idea at the time. Proximity to most of the city’s population was seen as the main benefit, though an article about the project notes that “the sprawling terminal, in effect, would bring air service right into the heart of New York City and eliminate the necessity of limousine travel to and from existing airports which are 10 miles outside the business districts.” Sounds like millionaire William Zeckendorf was mostly thinking of his own frequent airport commutes when he came up with the idea.