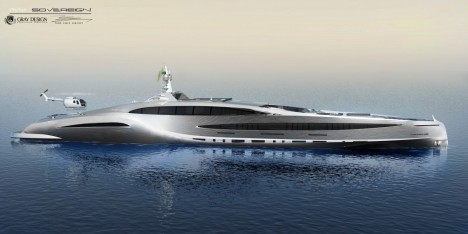 If it were ever built, the Sovereign 105 by Ned Ship Group would be the world’s largest ‘super sports’ yacht. The Bond-inspired water craft features a helipad, 8 balconies, a golf patch and ‘several other natural sceneries,’ a cinema, a gym with a massage salon and sauna, lots of guest rooms, two swimming pools and a master upper deck suite with its own private deck. 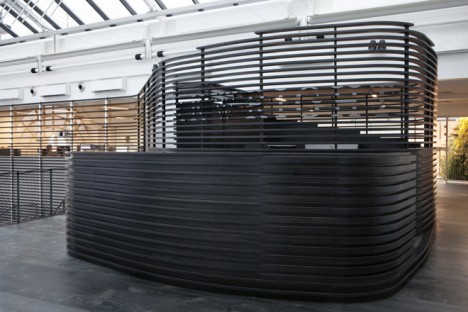 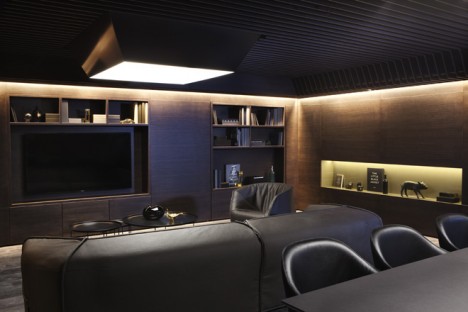 No doubt, there’s many a room around the world that has been inspired by the hyper-masculine interiors seen in Bond movies. This one by Haptic Architects takes a sleek and modern approach with a windowless bunker-like space serving as an executive lounge for Arkwright Offices in Oslo.

Laser Watch That Can Light Matches Across the Room

Not every James Bond-inspired design is a luxury creation made by a professional designer. German inventor and fan of the series Patrick Priebe developed a ‘LaserWatch‘ so powerful, it can light matches from three feet away. You press a button on one side of the watch to display the time, and a button on the other side to fire a laser – better not get them switched up by accident.