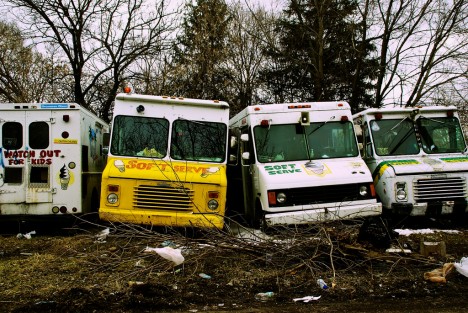 It’s said that misery loves company and there’s a whole lot of misery (and, one might add, disharmony) in the above conglomeration of abandoned ice cream trucks… sort of like the legendary Elephants Graveyard only with ice cream trucks. Full props to Flickr user sj carey (buckshot.jones) who captured the above post-apocalyptic image from (where else?) Detroit, Michigan, on March 24th of 2013. 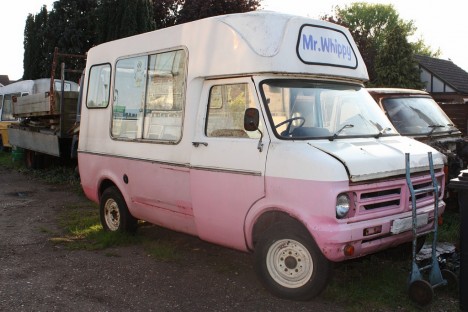 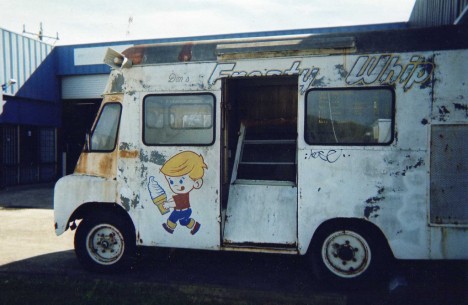 No amount of whipping will ever get the above pair of abandoned ice cream trucks back to a happy place, not that there’s anything wrong with that. The upper, very pastel pink ice cream van from northern England comes to us courtesy of Flickr user Andrew Wright (fannyfadams) while the rougher, grittier truck below was snapped by killyourdarlings! in October of 2010 at a presumably stateside location. 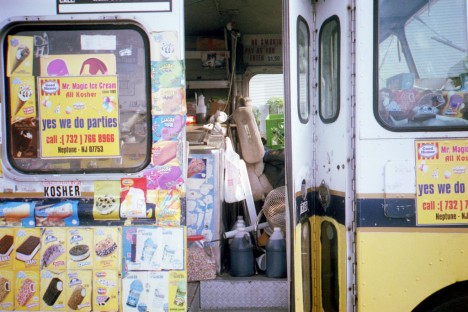 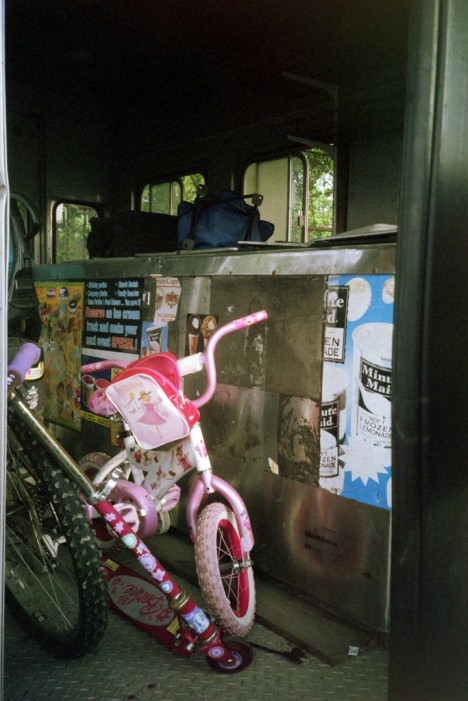 A tip of the hat to Flickr user Jessi Lembo for photo-documenting this abandoned but still quite colorful ice cream truck that’s apparently been converted to bike and fan storage duties. 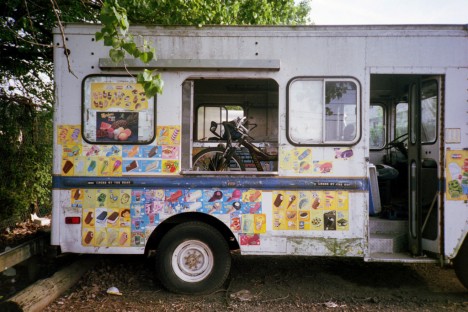 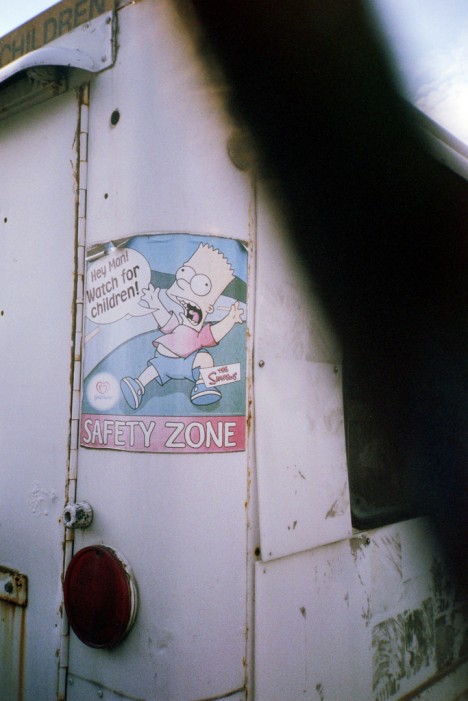 You have to wonder why Mr. Magic Ice Cream, if that indeed was the operator, couldn’t make a go of it even though they offered Kosher ice cream. Then again, maybe it’s just too darned cold to enjoy ice cream in Neptune, said by some to be the armpit of New Jersey. At least it’s not Uranus. 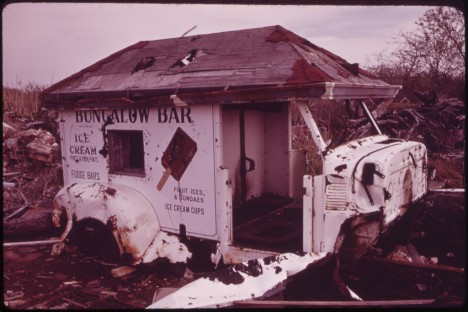 “Hey Bungalow Bar, you’re lookin’ sub-par, Bunglow Bar”… and that was forty-odd years ago (May of 1973 to be exact), imagine how it looks now. Credit the The U.S. National Archives for posting this image of an “abandoned ice cream wagon at Broad Channel in Jamaica Bay”, New York City.