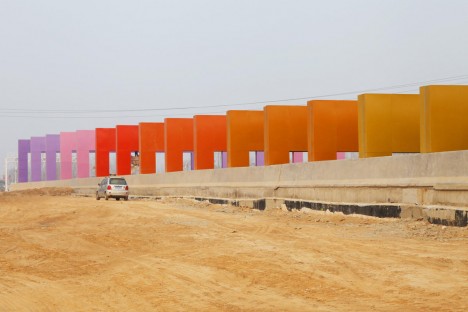 Modern China is flush with more than its share of expensive vanity projects whose forms don’t jibe with their functions (we’re looking at you, White House public restroom) but oddly enough, there’s a method to the Cheng Avenue rainbow tunnel’s madness – and a scientific method at that. 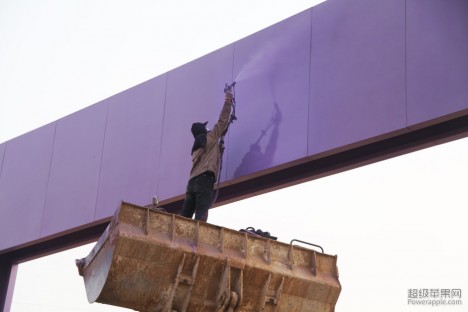 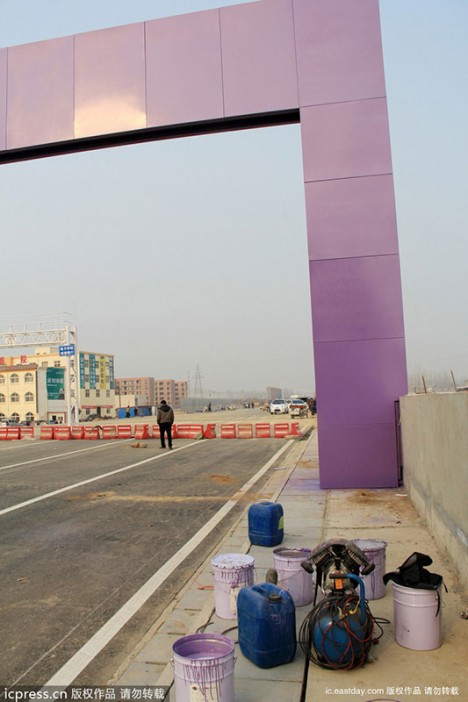 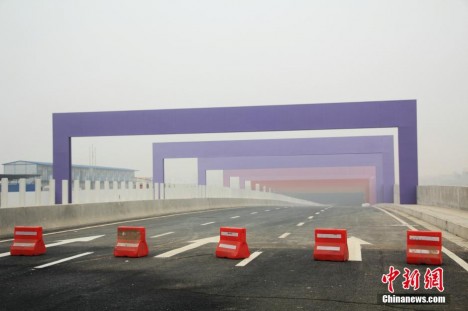 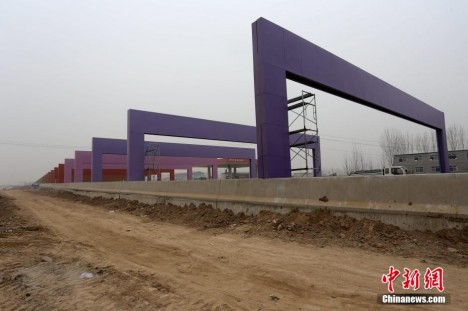 Looking at the project as a whole, the span can be divided into three distinct sections: a central solid concrete underpass that sprouts stretches of free-standing rectangular segments on either side. The segments are separated from one another by open spaces graduating from 0.8 meters (2.63 ft) at the juncture with the underpass to a whopping 27 meters (88.6 ft) at the outermost pair. 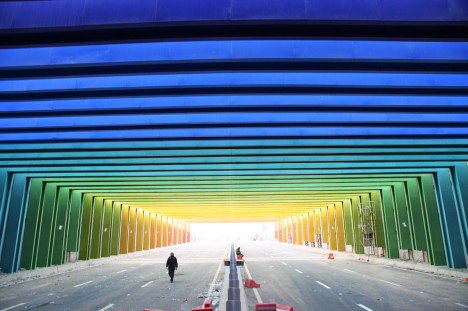 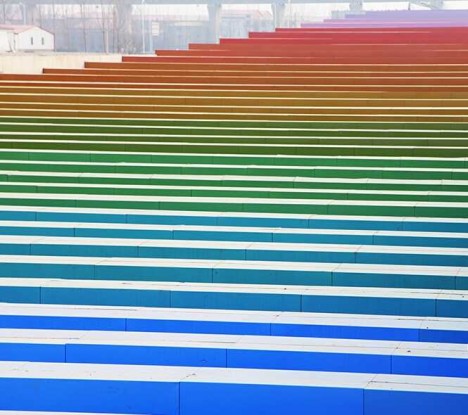 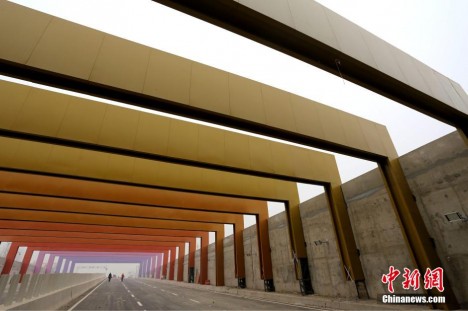 In addition, the southern end of the tunnel comprises 44 henge-like segments while the northern end is made up of only 40. Both sides feature 12 different colors applied in a set pattern with the outermost being a gentle violet hue and the innermost a deep cerulean blue.