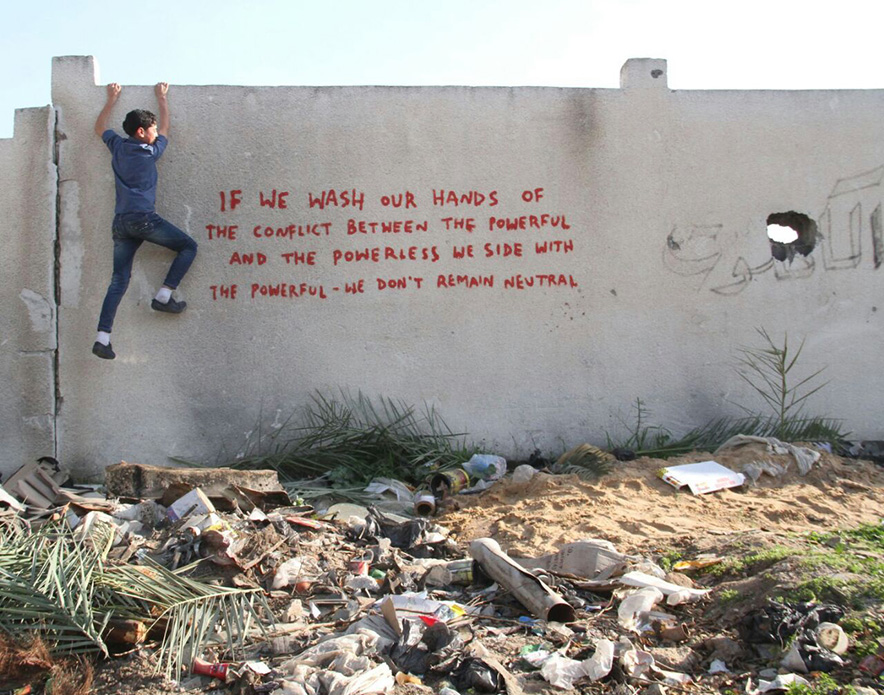 Well known for polarizing political artwork, the infamous street artist Banksy recently returned to the Middle East and filmed a short video about his new work while also commenting on the culture and conditions in a famously contentious place. 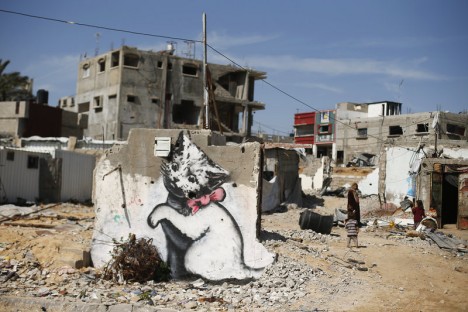 Regarding a cat mural created on this trip, he writes: “a local man came up and said ‘Please — what does this mean?’ I explained I wanted to highlight the destruction in Gaza by posting photos on my website — but on the internet people only look at pictures of kittens.” 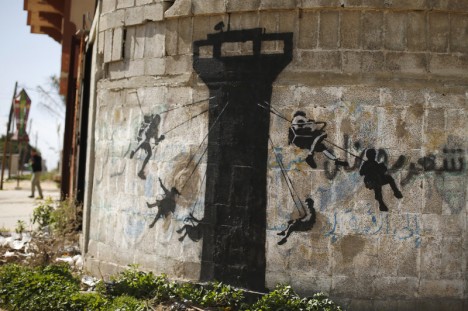 His snark knows few boundaries, if any, and is sure to spark global debate on multiple fronts: “Gaza is often described as ‘the world’s largest open air prison’ because no-one is allowed to enter or leave. But that seems a bit unfair to prisons — they don’t have their electricity and drinking water cut off randomly almost every day.” 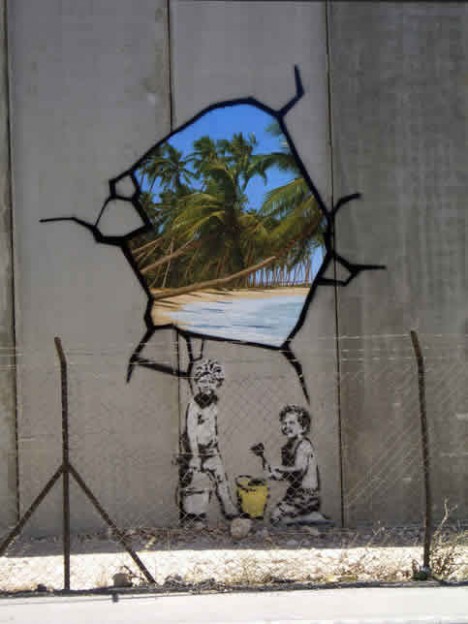 The title of the video below, “Make this the year YOU discover a new destination,” framed as a sort of satirical low-budget travel ad, speaks volumes about his opinions and intentions in revisiting Palestine, where he has worked previously and along similar lines (mainly on dividing walls in the West Bank). 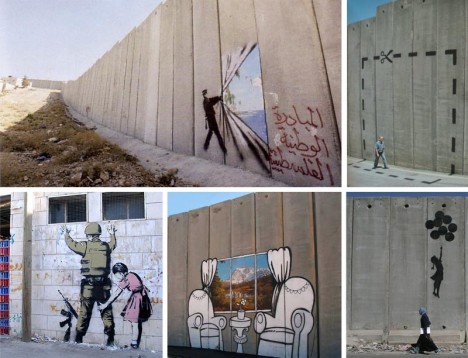 Crossing into Gaza from the north generally requires Israeli permission, hence the tunnels as an alternative- there is no functioning airport, sea vessels are turned away by the blockade and land access is limited though possible through Egypt in the south. Some argue Banksy’s work is one-sided with regards to Israel and Palestine, ignoring the role of Hamas in the ongoing conflict that has rendered so much of Palestine into rubble, and this new series is sure to spark some serious conversations, arguments and debates.