The Wrinkles of the City by JR 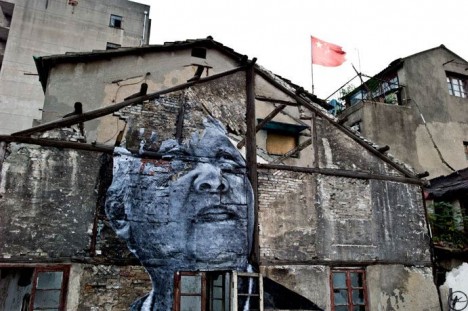 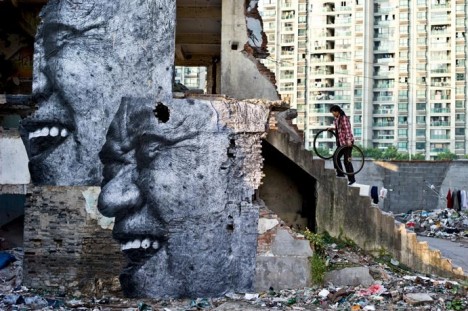 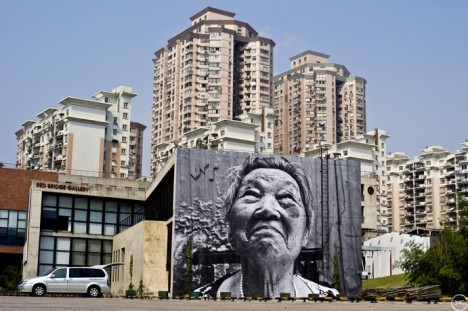 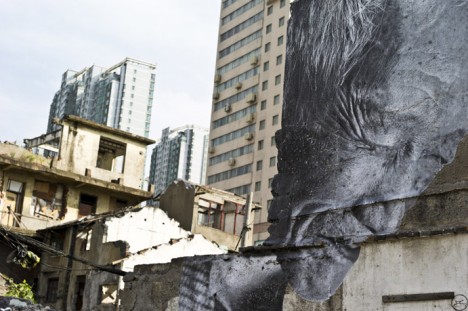 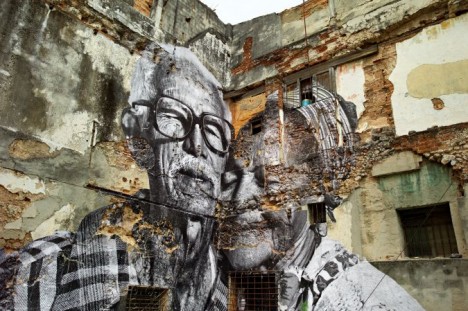 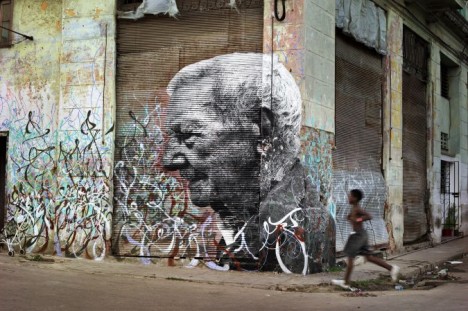 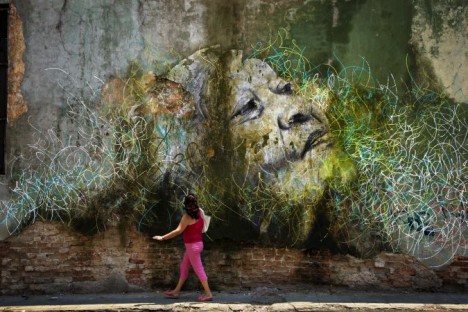 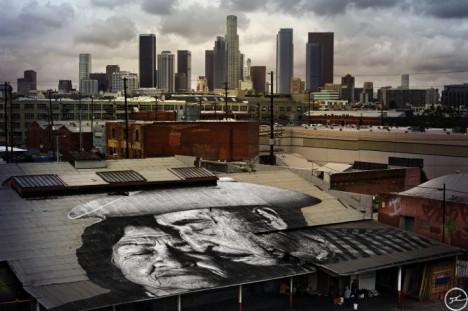 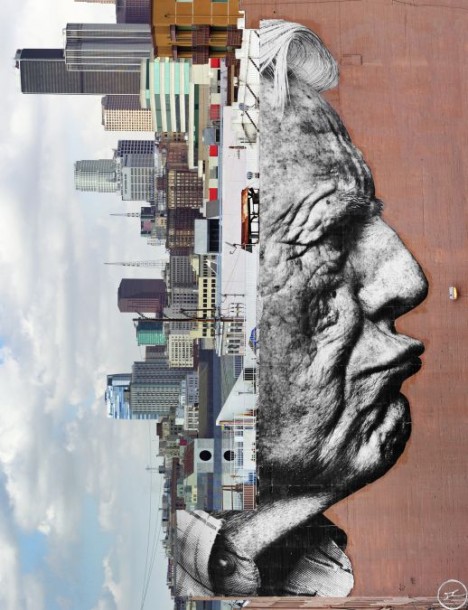 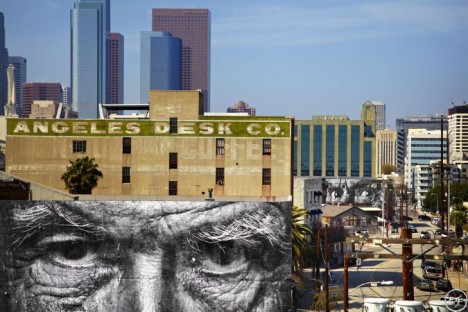 Another project by JR, ‘The Wrinkles of the City’ captures images of the elderly, “who represent the memories of the land.” The black-and-white images are a striking contrast against the urban backdrop, often pasted onto dilapidated structures or set among the rubble of abandoned buildings. Pictured here are Shanghai, Havana and Los Angeles.

The Painted Desert Project by Jetsonorama 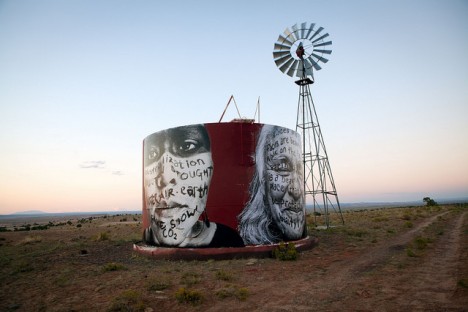 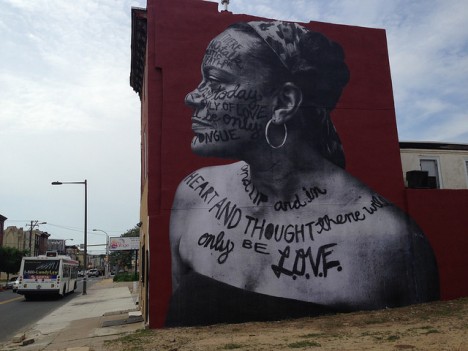 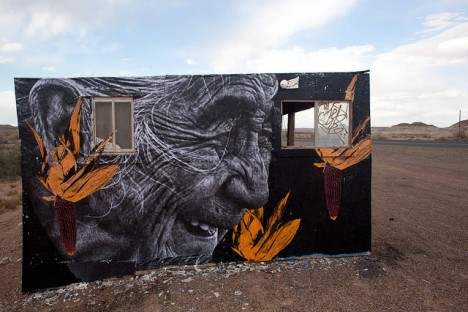 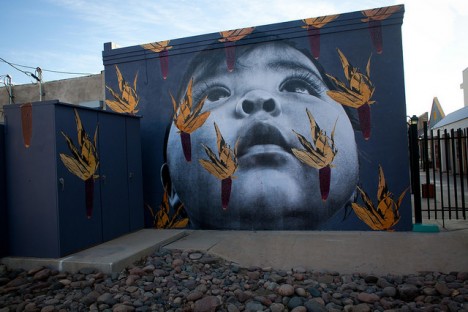 Street artist Jetsonorama is proof that it’s never too late to start following your dream – he didn’t start his career until he was in his fifties, working as a doctor on a Navajo reservation. He began taking photographs of local residents and ultimately blew them up to cover the walls of buildings all over the Southwestern desert for the ‘The Painted Desert Project.’ Find a Google map of his installation sites on his website. 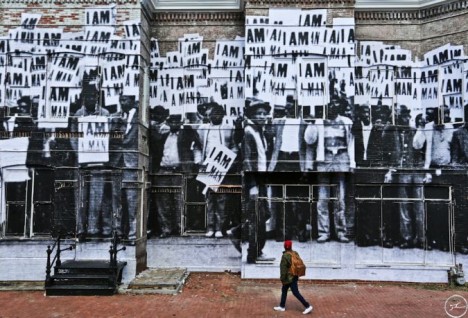 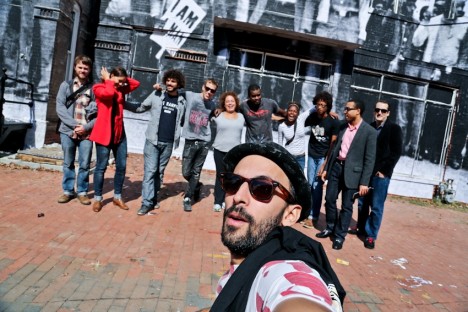 JR is also making a powerful statement on important historical events by placing archived images in unexpected contexts, like this Ernest Withers photo of the 1968 Memphis sanitation workers strike. Entitled ‘I Am A Man,’ the image was pasted up on the corner of 14th and T streets in Washington, where riots took place just after the public learned of Martin Luther King’s assassination in Memphis. Says JR, “People say, ‘I am a man,’ but they care less about the color [of their skin.] It’s ‘we are humans, we want to exist.’ And I like that, I think that’s pretty powerful.”