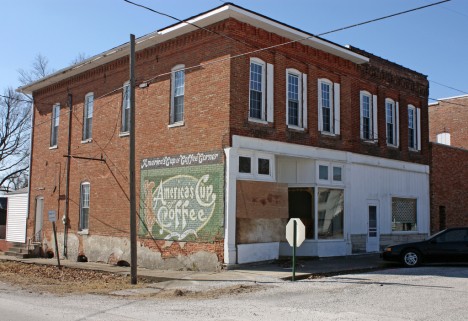 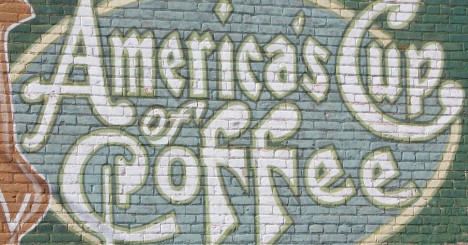 Everything old may be new again but even a freshly painted brick wall graphic couldn’t save America’s Cup of Coffee Corner in Pleasant Plains, Illinois from throwing in the towel. Then again, maybe opening a coffee shop in a town of just 777 (as of 2000) wasn’t the best business decision. Flickr user Randy von Liski  captured the store and its sign – the latter already beginning to fade – on a sunny late February day in 2009. 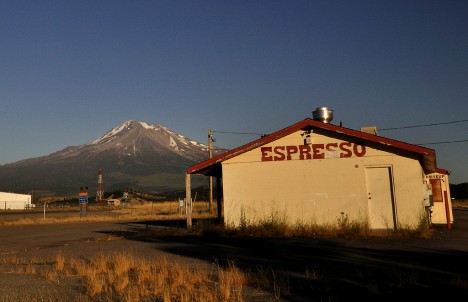 See how Flickr user ap0013 has cleverly juxtaposed the peak of mighty Mount Shasta with the peaked roof of an abandoned coffee shop? That’s some mean nature vs nurture right there, friends. The scene came together on August 29th, 2011 on a clear and cloudless day in wonderful Weed, California. Well, mostly cloudless. 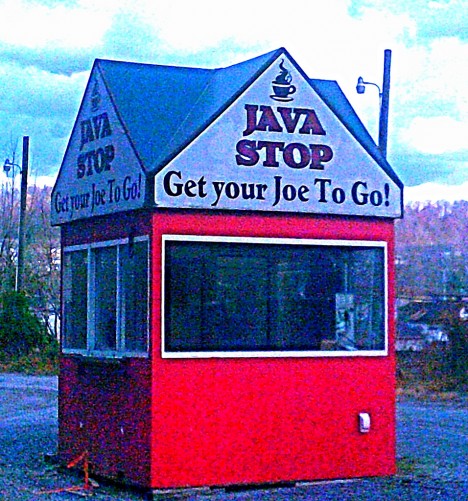 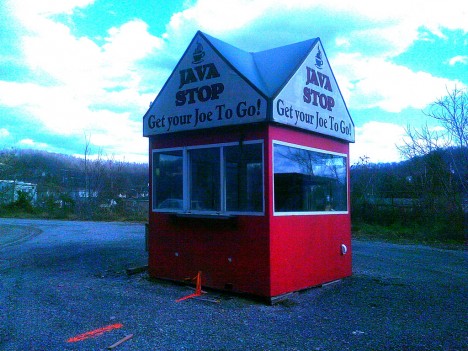 The over-saturated colors and intense contrast applied to Flickr user William Brandon‘s photos of an abandoned Java Stop give the solitary kiosk an otherworldly quality. Whatever your world, a steamin’ cuppa Joe would’ve been dearly appreciated on November 24th, 2014, when Brandon snapped the roadside kiosk in Clarksburg, West Virginia.

Swimming With The Frisch’s 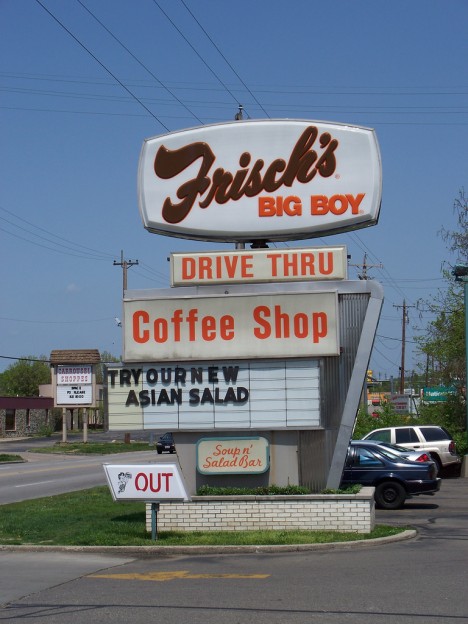 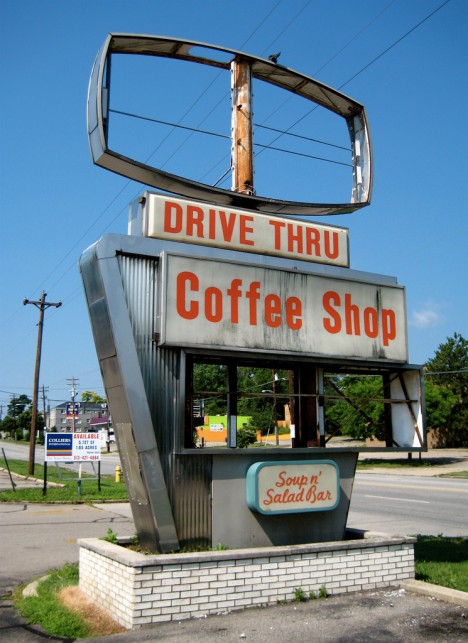 What’s a classic American coffee shop without a simply spectacular sign out front? Frisch’s Big Boy in Cincinnati, Ohio had a way cool sign that, sadly, didn’t prevent the business from wilting like the lettuce in a day-old Asian Salad. Flickr users Scottamus and Robby Virus photo-documented the life & afterlife of Frisch’s sign on April of 2008 and June of 2009, respectively.

Cafe On A Hot Tin Roof 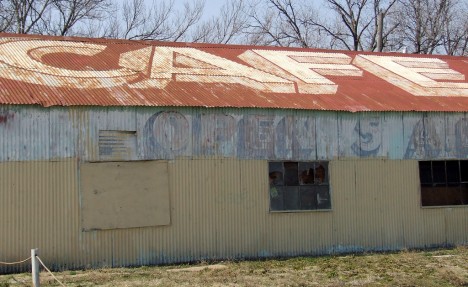 They say the early bird gets the worm but even opening at 5:00 AM couldn’t save the above unnamed cafe from its inglorious fate. Flickr user tikitonite captured the warm latte-like hue of the abandoned coffee shop’s rusty corrugated metal roof to best advantage on February 19th, 2012.