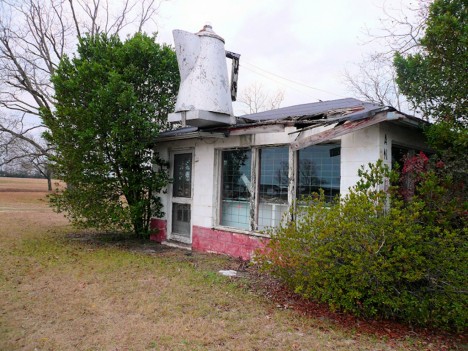 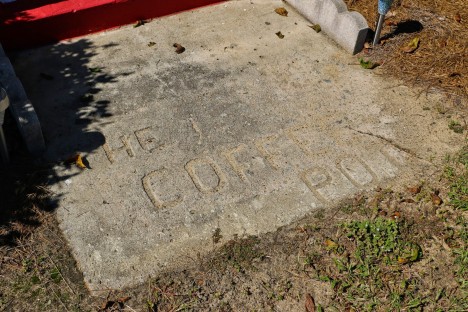 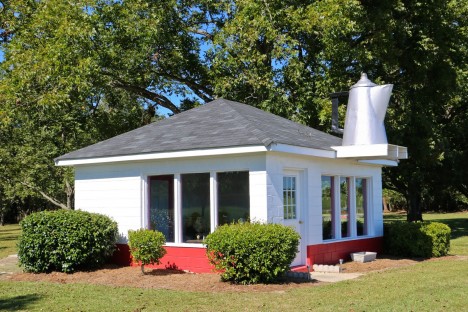 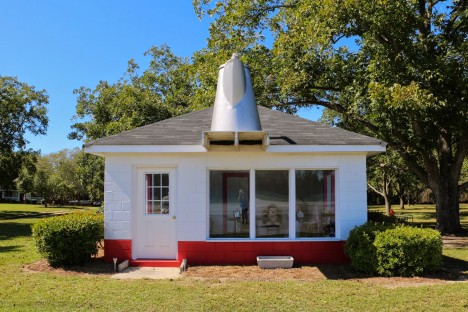 The Coffee Pot closed in 1979 after I-95 siphoned off road traffic and it remained abandoned for years after, not attracting notice until a storm in 2013 knocked the 250-lb pot to the ground. Mother Nature’s slap proved to be a wake-up call for locals missing their 58-year-old “beacon”. Building owner Thomas “Buck” Gray then decided to not only re-attach the slightly dented coffee pot but also renovate the building’s roof, windows, door and paint. Still abandoned, The Coffee Pot at least looks perky again. 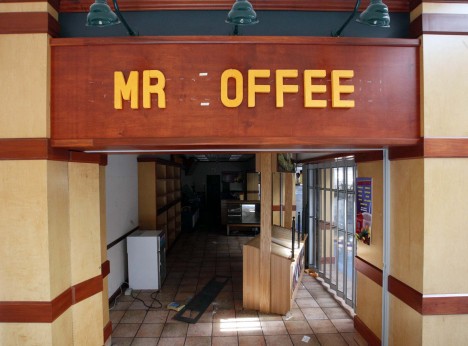 Lannis Waters of The Palm Beach Post brings us this stark reminder that coffee shops are often the first stores to go when malls and plazas close down. Why is that? Consider a little intangible something called “atmosphere”… not enough of it and nobody wants to hang around sipping lattes and espressos. Also, you’d think everyone would know the name “Mr. Coffee” was trademarked decades ago… unless this place was always Mr Offee. 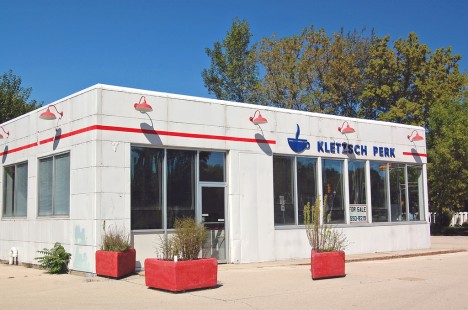 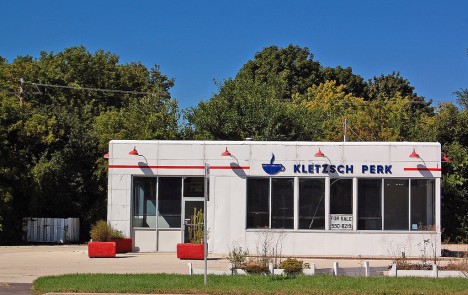 From the “it seemed like a good idea at the time” file comes the sorry tale of Kletzsch Perk, a former gas station in Glendale, Wisconsin converted into a coffee shop and subsequently abandoned. Protip: even the strongest coffee roasting aroma can’t mask the stench of spilled motor oil and gasoline fumes. Kudos to Flickr user Mark who snapped the snazzy white, red & blue building in September of 2010. 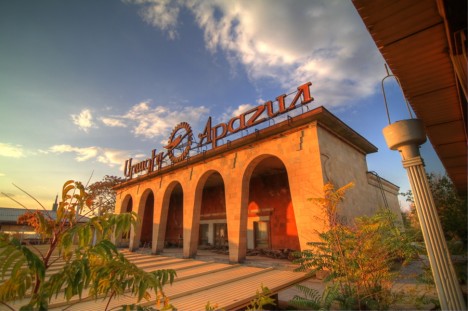 The story goes that this is “an abandoned Soviet-era coffee shop (or disco bar?) overlooking the skyline of Yerevan,” Armenia. We have our doubts… Soviet architecture was never this cool and really, Soviet Disco?? In any case, a tip of the cap to Flickr user Seroujo for capturing the dark roasted essence of the abandoned Aragil Cafe on October 26th, 2009. 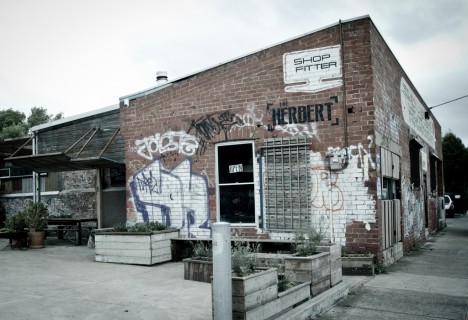 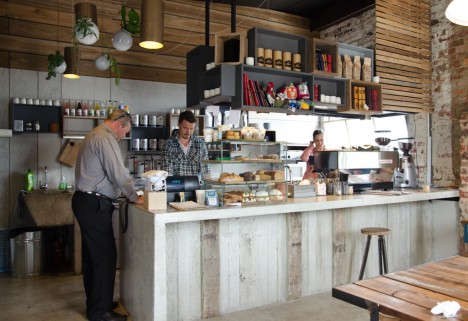 Not all abandoned coffee shops are what they appear to be, and for that we can blame the modern era’s fave cultural villains… hipsters! Take The Herbert, a “new hipstery haunt” which, according to Scenes from Melbourne, is “a brand new coffee shop in the neighborhood of Northcote. While it looks like nothing on the outside… the inside is delicious!” Much like The Herbert’s facade, we are distressed – and thirsty!