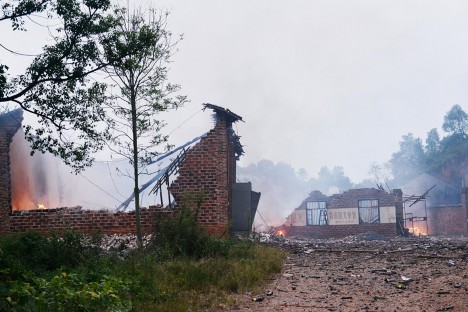 A fireworks factory in Liling, Hunan province, China was doing a booming business until recently when… well, let’s just say there’s such a thing as having too much of a good thing. Fireworks originated in China and the country produces the majority of the world’s annual supply… less this factory’s output, of course.

An Sparky In The UK 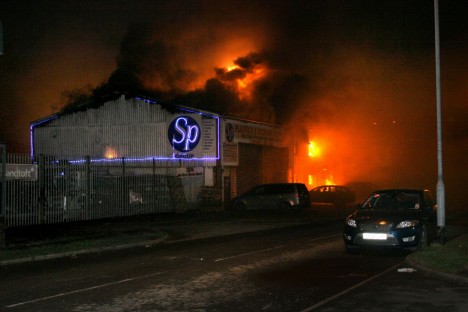 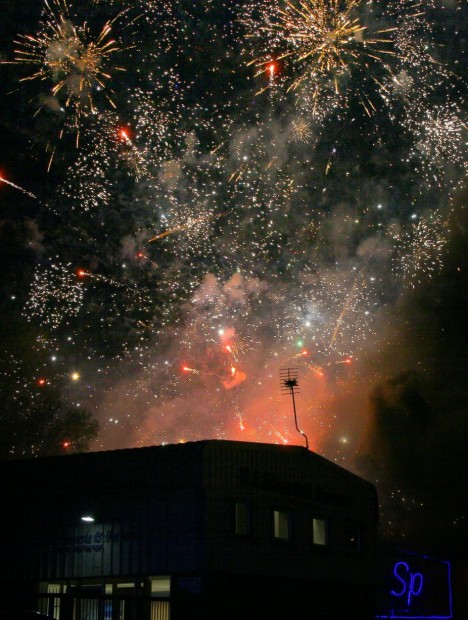 Halloween was a tad scarier than usual over in Staffordshire, UK last October 31st, 2014 when an arsonist lit the fuse on SP Fireworks with spectacularly predictable consequences. 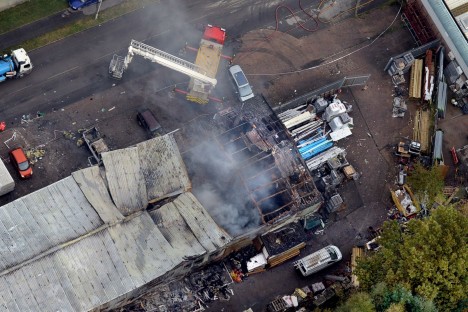 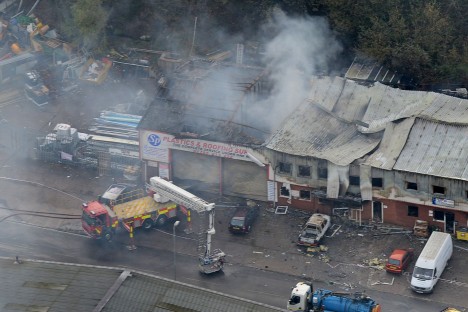 According to an area resident, “the location was well known locally as somewhere to buy fireworks and that in the seven years (he) had been there, there had never been any issues.” First (and last) time for everything, it would seem. 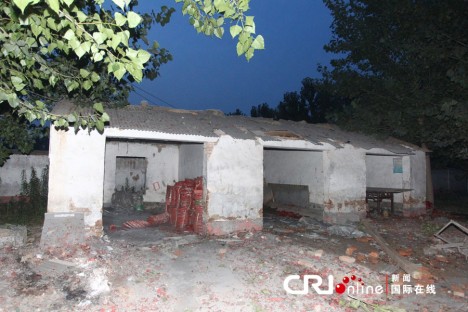 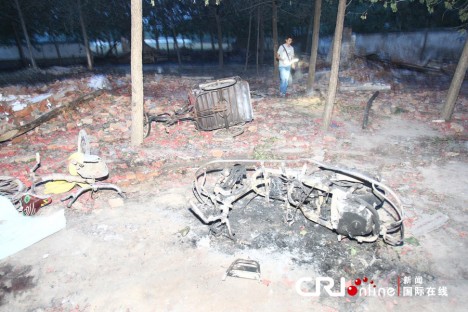 Now you know why fireworks factories have walls that are, to say the least, thicker and wider than the norm. Here in Huaiyang County, China, is one such fireworks factory whose owners actually followed the building code. What they did NOT do, according to the Huaiyang Propaganda Department (seriously), is renew their expired safety production license. One would think that would be a priority considering the nature of their product.