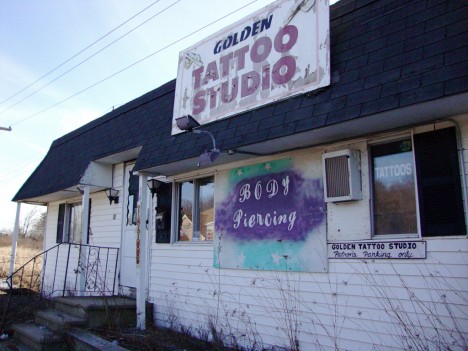 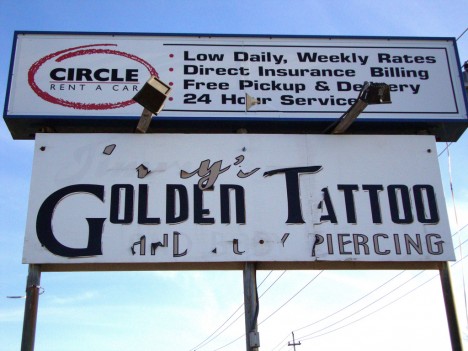 There are good tattoos and those found on any internet collection of ill-advised and poorly executed ink. Given that the now-abandoned Golden Tattoo Studio offered inking, body piercing and rental cars on the side, you can pretty much guess the level of artistry offered. 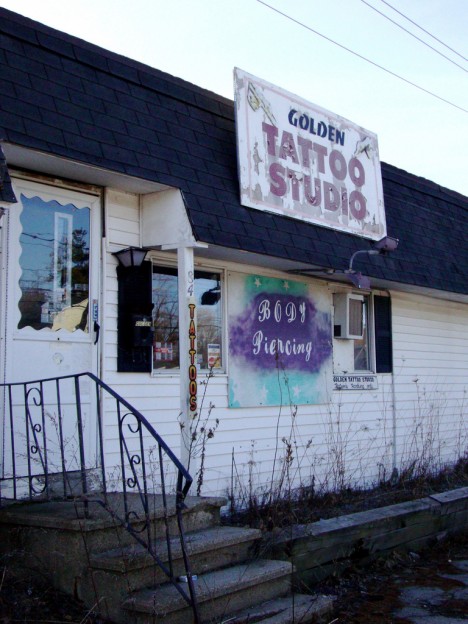 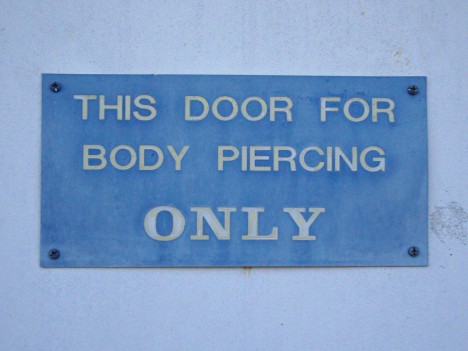 As for the body piercing, we figure it was via rusty stiletto after customers sobered up and voiced their complaints to the owner/”artist”. Kudos to Flickr user Mrs Hoffy who snapped these “golden” images from charming Cluff’s Crossing, Salem, New Hampshire on March 5th of 2010. 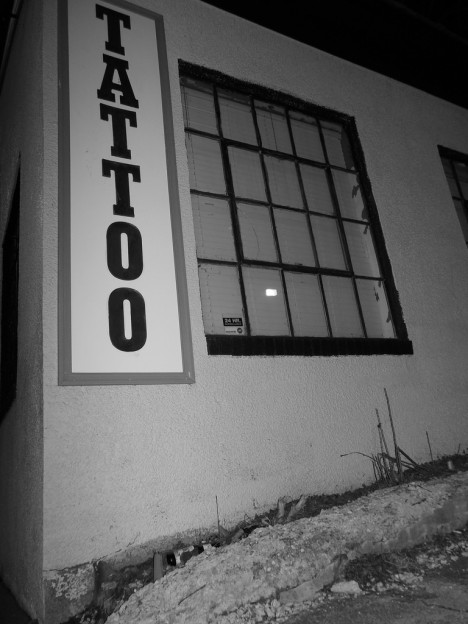 Flickr user Spencer Scott (spencerscott1990) captured the gritty essence of a closed tattoo parlor on January 28th of 2015. In addition to dubbing the mean monochromatic shot “Grittiness”, Scott points out the decrepit condition of the crumbling curb outside the shop. Because that’s, like, important. 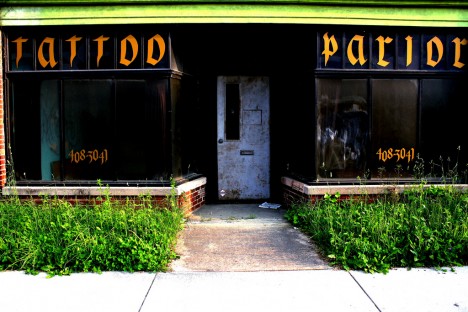 This dark and disturbing – and apparently nameless – “Tattoo Parlor” is located in Charlotte, North Carolina according to Flickr user Jorge Jaramillo (jorgejorgejorgejorge) who snapped it on April 22nd, 2010. The studio appears to have closed relatively recently; the shrubbery hasn’t grown to kudzu-like proportions (yet) and a single junk-mail periodical languishes in a corner of the front vestibule. “Abandoned Tattoo Parlors Monthly”, perhaps?