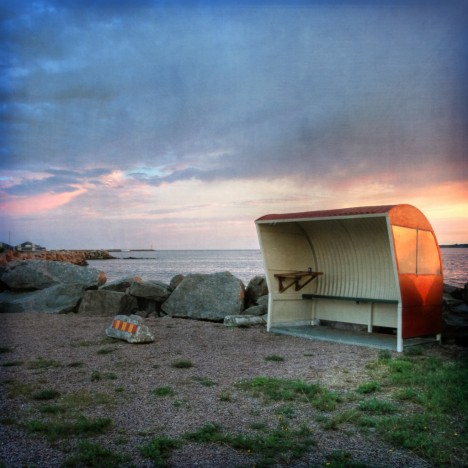 “On the outer wave breaker in Halmstad, in the middle of nowhere, there stands this bus stop. So strange.” So states Flickr user Olga Caprotti, who captured this undoubtedly strange scene on July 23rd of 2010. Spiffy bus shelter aside, what’s with the striped hunk of concrete out front? 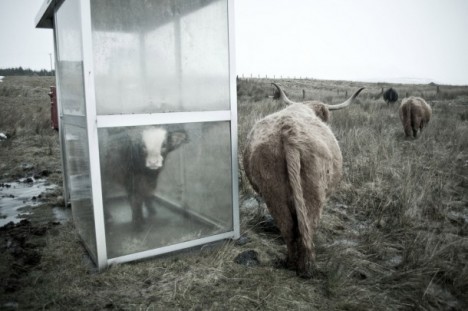 Looks like Clara Peller can’t have her beef and eat it too; or at least she can’t eat it on the bus ‘cuz it don’t come ’round there no more. “There”, by the way, is the damp & dreary Scottish Highlands where the abandoned bus stop above makes a cool shelter for a chilly calf. 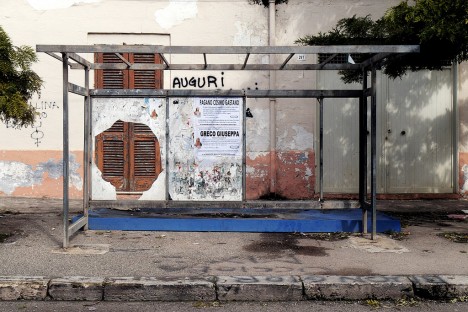 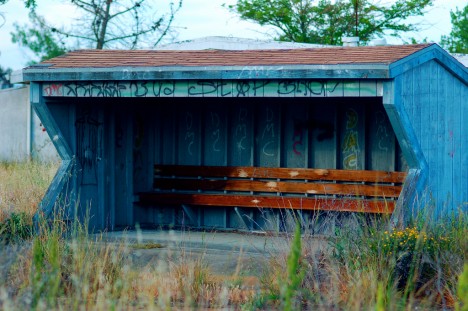 Skaggs Island Naval Communication Station in California closed for good in 1993 and by 2013 almost all of the infrastructure had been removed – the site is now part of a wetland wildlife sanctuary. Flickr user Leila-Anne Cavé (leila-anne) snapped this shot of an abandoned bus stop on the base back in May of 2008. 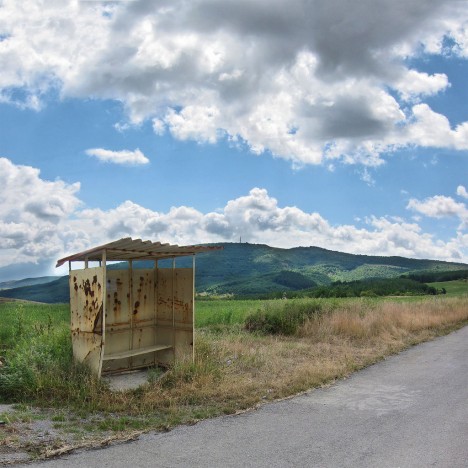 We’re not sure how Flickr user Borislav Dimitrov got to the vicinity of 2,251-meter (7,385-ft) high Ruen Peak but one thing’s certain: he didn’t ride a bus. Dimitrov snapped this somewhat eerie yet ethereal image of an abandoned bus stop on July 30th, 2011. The rusty shelter serves a disused bus route in Osogovo, near the border of Bulgaria and Macedonia.