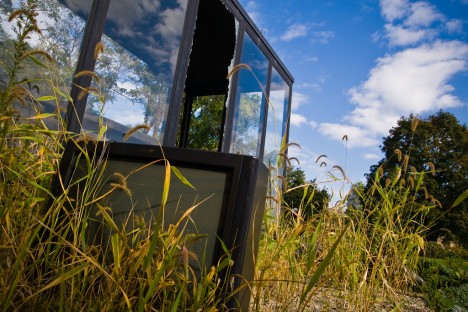 Flickr user David Politer-Ahles (toasty oats) came across this battered and abused bus stop on September 28th of 2008. The scene may appear rather rustic and rural but don’t be fooled: at one time buses stopped along this unnamed street in the borough of California, Pennsylvania, part of the Pittsburgh metropolitan area since 1950. 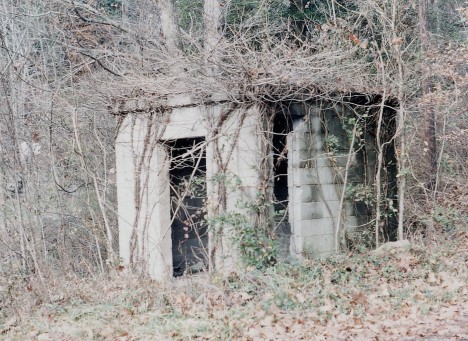 Less than 500 people live in Whitesville, West Virginia, a former coal town devastated by changes in coal-mining practices (mainly mountaintop removal). Founded in 1935, Whitesville was never a very large town and it’s been in decline since the early 1950s. The overgrown and burnt-out bus stop/shelter above appears to have been abandoned and unvisited by buses for decades. 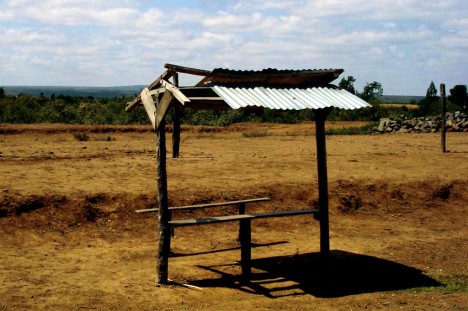 Lightly-built bus shelters get abandoned too, we just don’t often see them in a derelict state because they’re either quickly removed or they self-destruct on their own. The above rickety bus stop snapped by Flickr user Bhavishya Kanjhan in August of 2006 couldn’t have provided much shelter to waiting commuters even when it was in service.

End Of The Tree Line 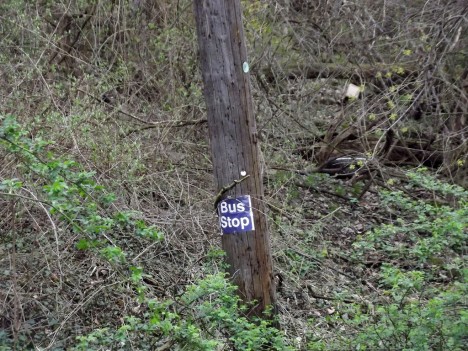 If a bus stop is abandoned in a forest, does anybody hear? Flickr user Bryant Schmude (mrconductor2010) chanced upon this sole visible remnant of a once-viable bus stop on January 11th of 2011. 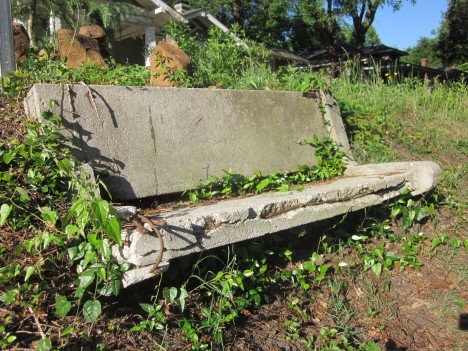 “I have a vewwy gweat fwiend in Wome named Benchus Fugit”… except the bench(us) above is a lot closer to Wo-, er, Rome, Georgia than the Eternal City. There’s something almost poetic about abandoned bus stops, particularly the one above about which Gloria of The Talcove Fiction Faction has written a poem, and quite a moving one at that:

“Right around the corner in my neighborhood, I can only guess the years this old bench has withstood. An abandoned ancient bus stop of the municipality, but romantically I see a relic of southern hospitality.” There’s more; read the rest and you may never look at abandoned bus stops the same way again.