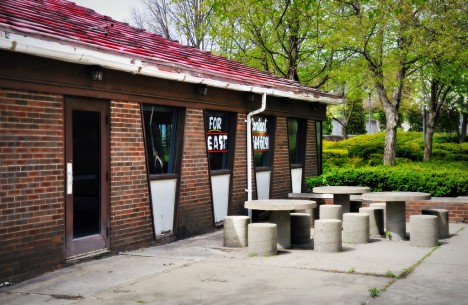 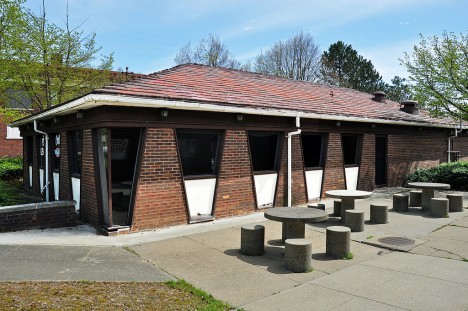 Flickr user MJBarnes captured the sad state of a former Pizza Hut restaurant in Amsterdam, NY on April 28th of 2012. Looks like any red has decayed to dried-blood brown on this store, located at the Amsterdam Riverfront Center (formerly the Amsterdam Mall). Those concrete seats sure look comfy. 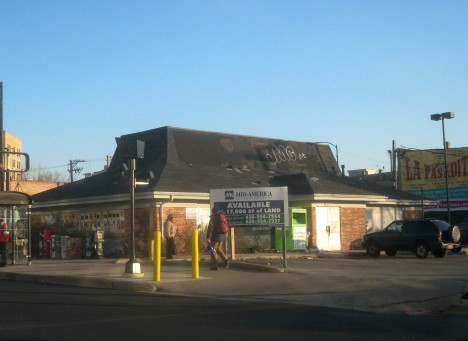 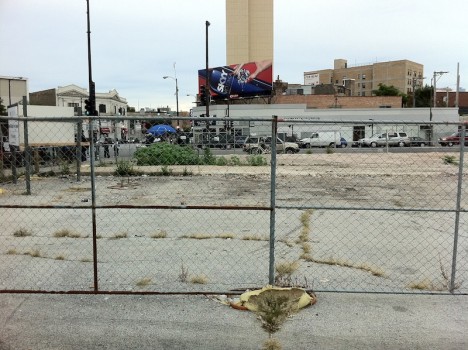 “We’ve all seen the abandoned Pizza Hut on the corner of Division and Ashland,” states Eleanor Mayer, Program Manager of Special Service Area #33 in Wicker Park. “It’s finally gone and now the question of what to put in its place remains.” May we suggest a “Hut”? Flickr user Mark Susina (Mark 2400) snapped the well-known eyesore in December of 2009 while Mayer’s comments and the image above c/o Outside The Loop RADIO dates from September of 2011. 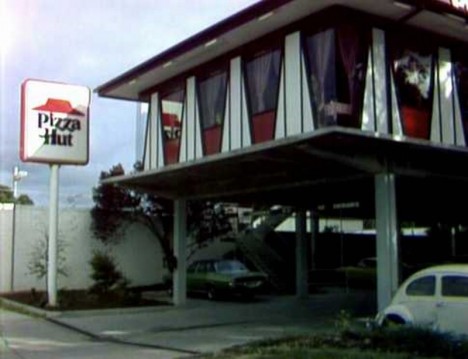 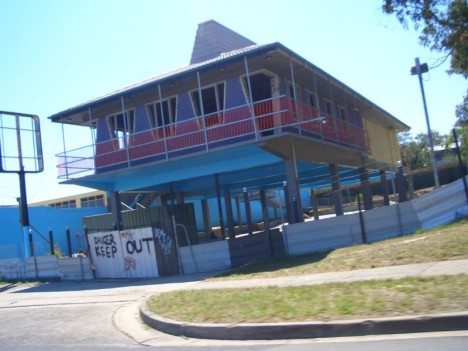 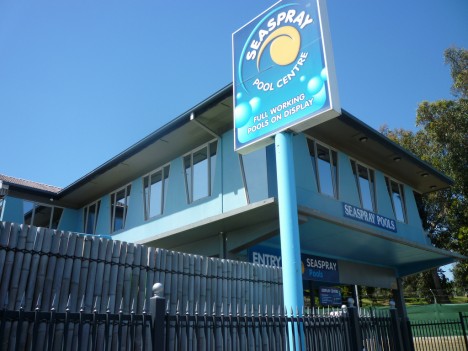 They may not get many tsunamis in Melbourne, Australia but if they do, this Pizza Hut will still be open for business… wait, scratch that, they’ve closed the store. DOH! On the bright side, it seems the stilted store has re-opened as the  “Seaspray Pool Centre”. Tsunami-proof pools at that. 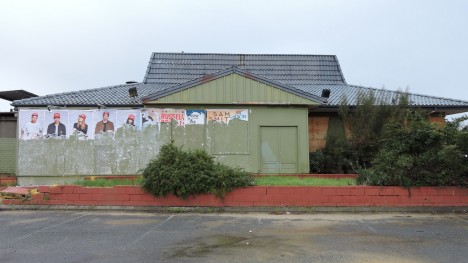 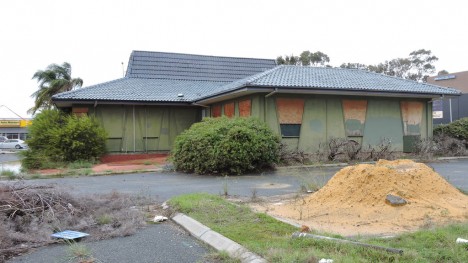 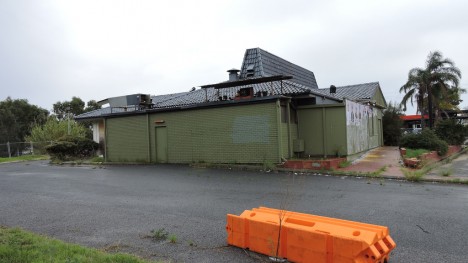 Australia must have the grottiest abandoned Pizza Huts on earth… which rhymes with Perth, where this especially miserable “gang green” example was found by Flickr user Andrew Scanlon (AS 1979) on June 21st, 2015. To quote the photographer, this is a “derelict and boarded up former dine-in Pizza Hut located on Great Eastern Highway adjacent to Hungry Jacks.” Now that its neighborly competitor has gone, look for Hungry Jacks to expand to become Hungry Jacks Beyond Thunderdome.