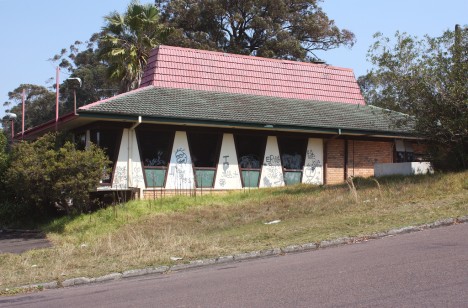 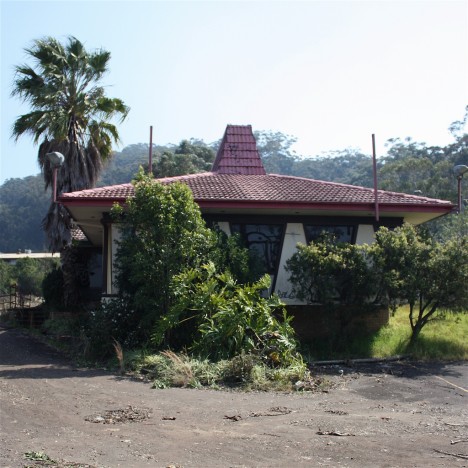 “They rolled out a heap of these dine-in restaurants throughout the 1980s & 90s but they’ve pretty much all closed,” states Flickr user Trafford Judd (traffman). “Pizza Hut mostly just does home delivery in Australia now. Max is gonna be mad. 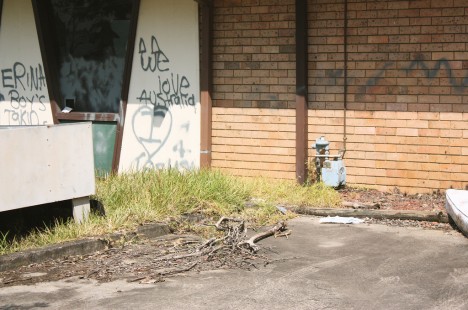 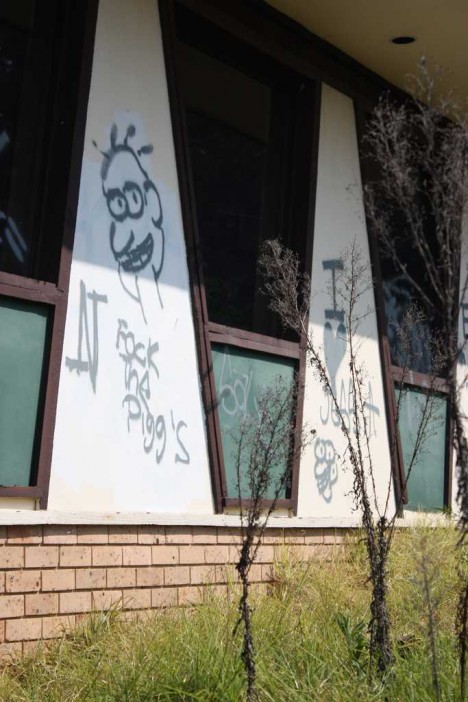 Judd doesn’t say how long the above ex-Pizza Hut restaurant in West Gosford, New South Wales has been abandoned but as of September 12th, 2009 a decent (mostly) patina of graffiti had accrued upon its once-stylish trapezoidal exterior wall panels. Dude, “pigs” only has one “s”. 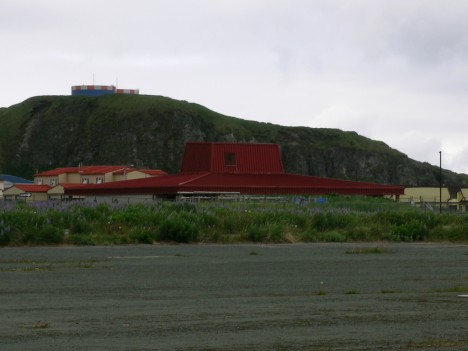 Flickr user Kim F (akseabird) snapped the abandoned Adak Island Pizza Hut restaurant on a lovely (or what passes for such in the Aleutians) July morning in 2008. The store – actually, much of Adak’s retail sector – packed it in after the Adak Army Base and Adak Naval Operating Base closed in 1997 and the town’s population dropped from over 6,000 to around 350. Thanks, Oba- er, Clinton. 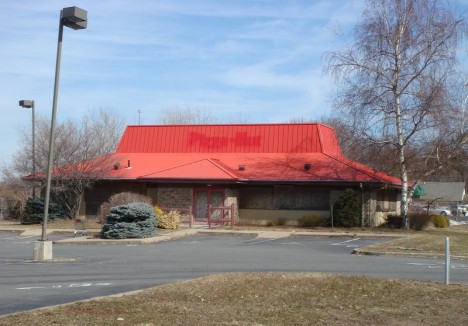 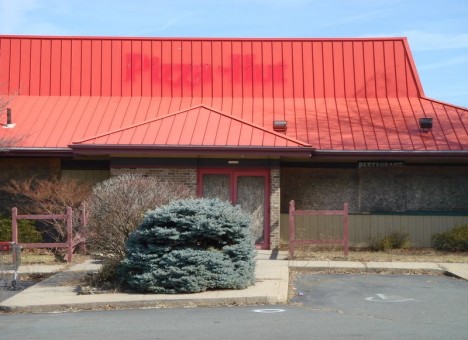 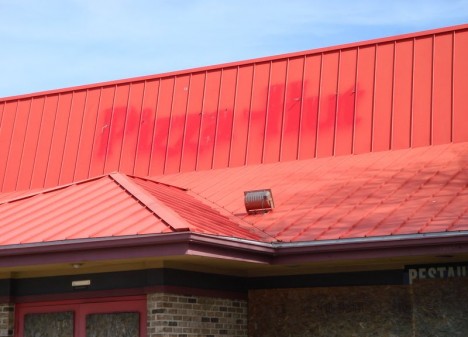 Better red than dead? Why not both! This abandoned Pizza Hut on Silver Lane, just off Exit 58 of I-84 in East Hartford, CT closed in 2002 after a fire. It then sat abandoned for seven long years and although all brand identity was removed, the faded and label-scarred red roof remained unmolested. 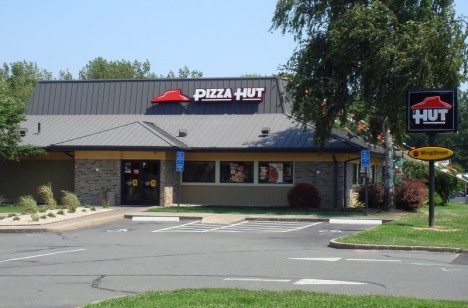 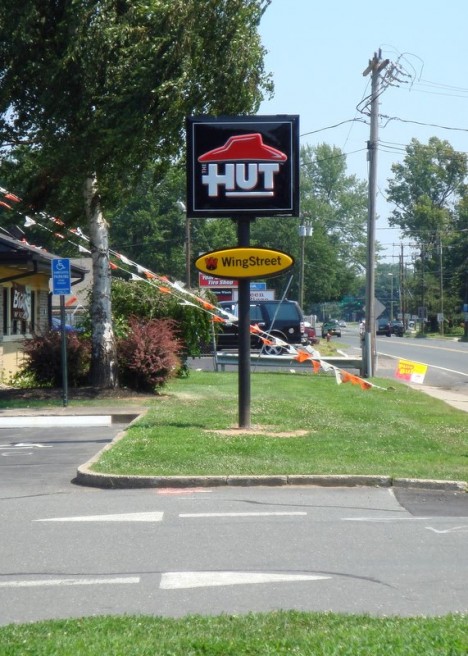 The Caldor Rainbow advises that in August of 2009, the derelict Pizza Hut had been repaired, refurbished and reincarnated. The roof is no longer red (is nothing sacred?) and the restaurant has been re-labeled as “The Hut”… not “Pizza the Hut”, unfortunately. 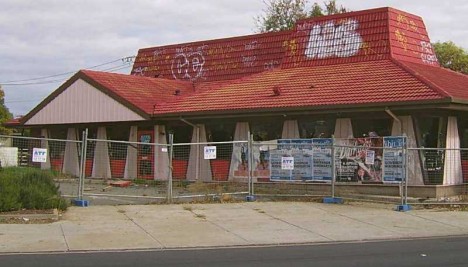 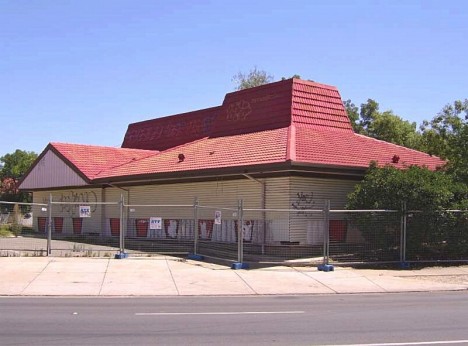 The above two images of an abandoned Pizza Hut on the corner of Port Road and South Road, West Hindmarsh (a suburb of Adelaide), Australia were snapped in April of 2006 and January of 2007, respectively. It would appear the building is becoming LESS graffiti’d as time goes by… is that how things work in The Land Down Under?