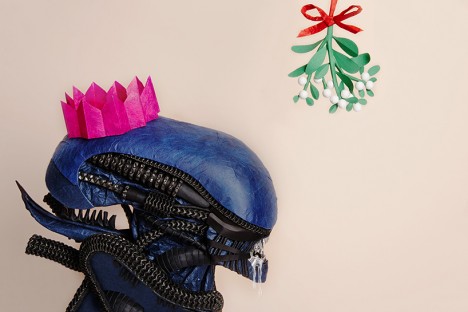 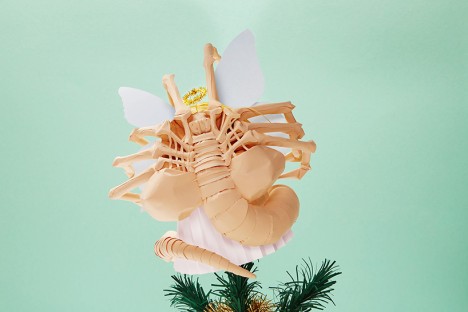 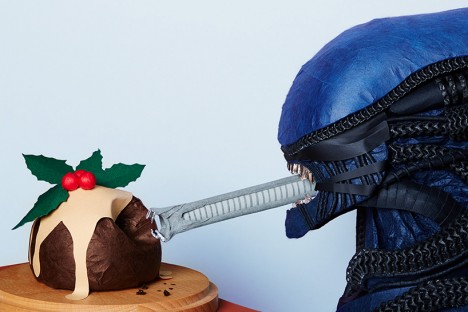 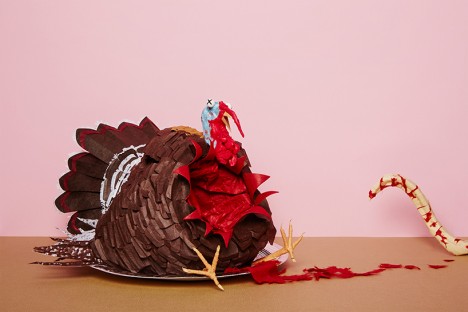 Design studio Papersmith crafted colored tissue paper into scenes smashing visuals from the movie Alien with cozy, domestic holiday settings for a fun and bizarre contrast. Titles of the pieces include “Facehugger’s Date with the Tree Fairy.” 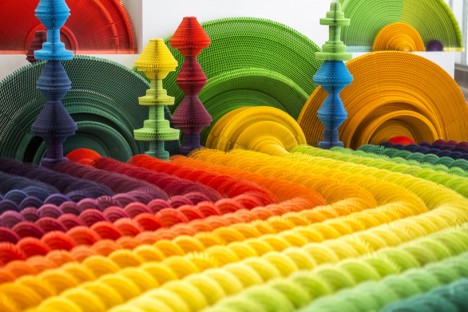 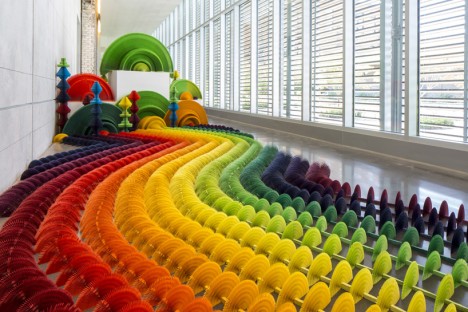 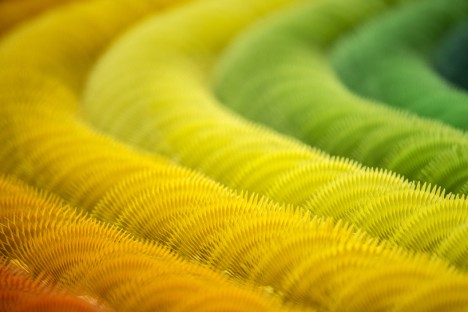 ‘Iron for the Ages, Flowers for the Day’ is a new installation by Li Hongbo at the SCAD Museum of Art, transforming abstracted visuals of gun violence into a colorful floral landscape. To achieve this effect, the artist applies a layer of adhesive between sheets of paper before cutting them to create pliable sculptures that can be elongated, twisted and retracted. 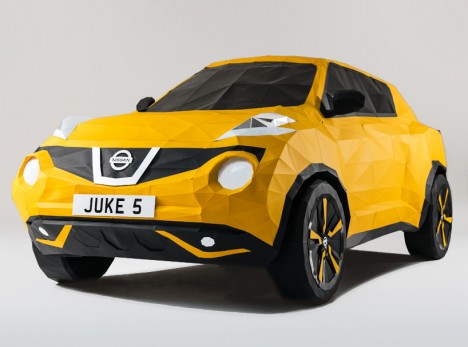 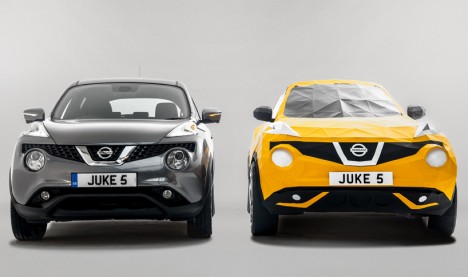 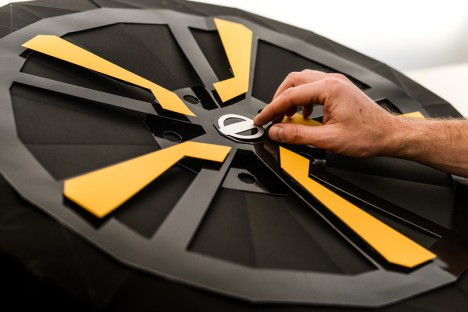 Nissan commissioned British artist Owen Gildersleeve to create a life-sized origami replica of its Juke SUV in honor of the vehicle’s 5th year on the market. It took 200 hours to craft 2,000 folded pieces of paper into all of the various elements of the car body, tires, windshield, mirrors and more. “As a celebration piece it draws on so many influences, such as the origami focus inspired by Nissan’s Japanese roots,” says the artist. “Using so many individual sheets of paper to create the overall structure also represents the thousands of people who helped bring the Nissan Juke into reality and the thousands who continue to do so right here in the UK.” 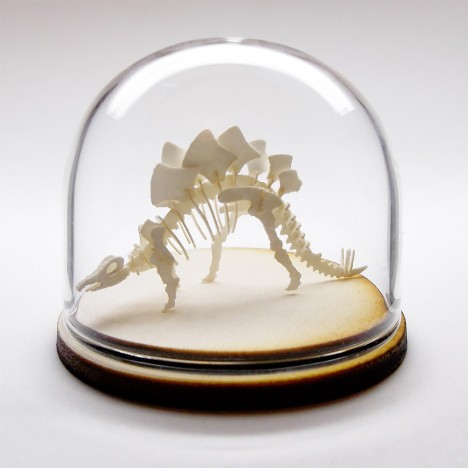 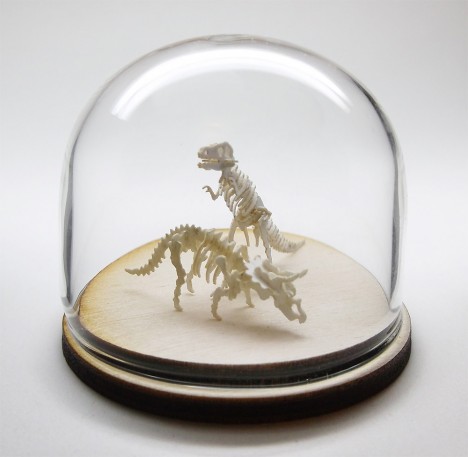 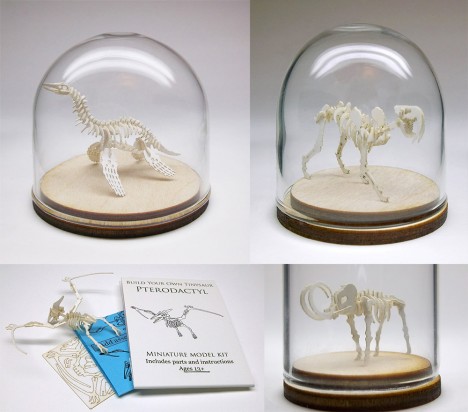 Make your own paper art with DIY paper model kits of tiny dinosaur skeletons measuring just about two inches tall. It takes twenty to thirty minute to assemble each sculpture with a pair of tweezers, and you can buy the kids individually or as a set on Etsy. 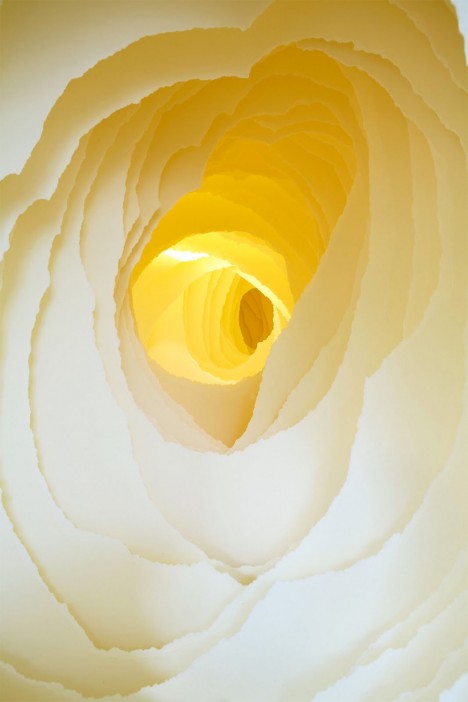 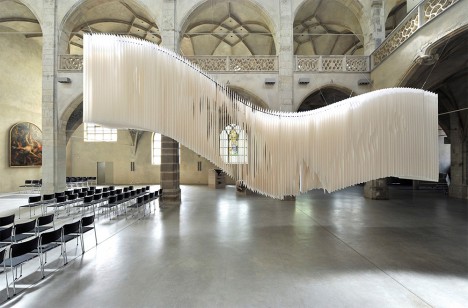 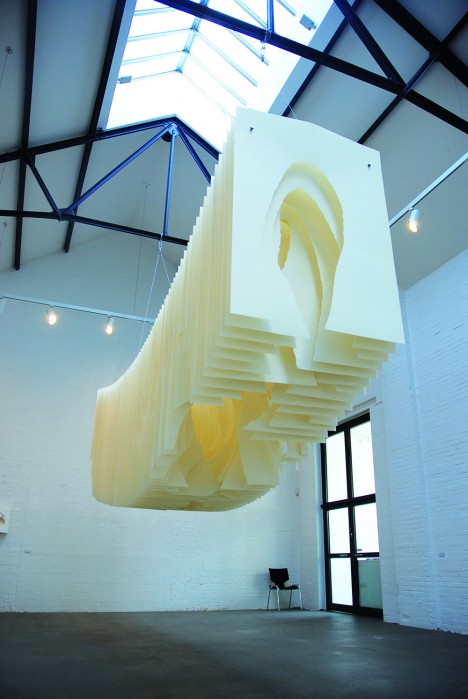 Angela Glajcar’s sculptures hang from gallery ceilings looking as if chunks of caverns were excised and put on display. But walk around to the side and you’ll see that they consist of carefully spaced and cut sheets of paper with crisp outer edges. They hang at various heights so the viewer can explore them from different angles.