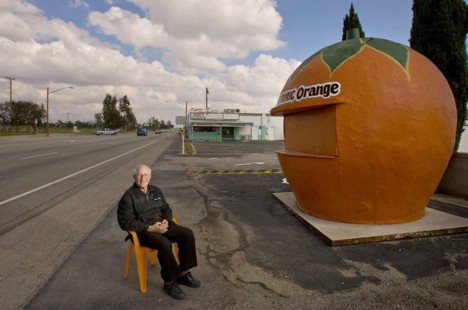 Conceived in the Roaring Twenties to serve thirsty travelers on then-new U.S. Routes 66 and 99, dozens of jumbo orange kiosks once dispensed fresh oranges and fresh-squeezed orange juice along the length of California’s Central Valley. The rise of the Interstate Highway System doomed the once-familiar roadside kiosks, however, and these days a mere half-dozen remain. 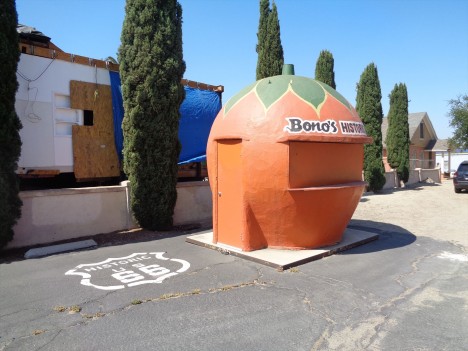 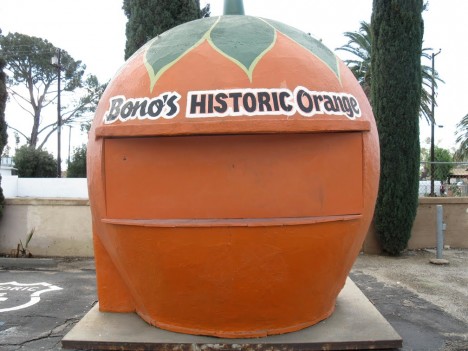 Joe Bono of Bono’s Italian Restaurant (“since 1936”) rescued one of the last remaining orange stands and has recently restored it structurally and cosmetically. His plans go further, though: “When I reopen this stand, I think I’m going to sell OJ out of it,” states Bono. Won’t a certain ex-NFL’er be pleased when (or if) he gets out on parole!

The Lamb Lies Down 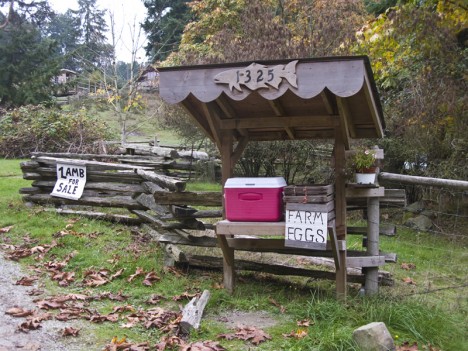 An unattended roadside produce stand somewhere in Canada (Letterkenny, perhaps) advertises Farm Eggs and Lamb for Sale… or maybe that’s “A” Lamb for Sale, we’re not sure. Either the lamb or the chicken could be inside that spiffy magenta cooler, like some boondocks broke-ass Schrödinger’s cat. Bonus rural goodness: the vintage codfish-shaped street number sign. You can’t make this stuff up. 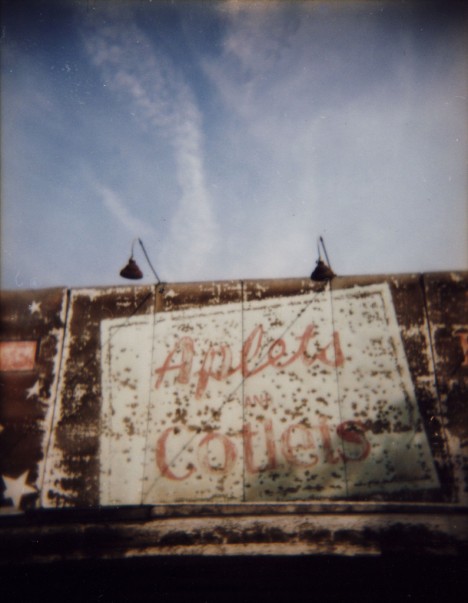 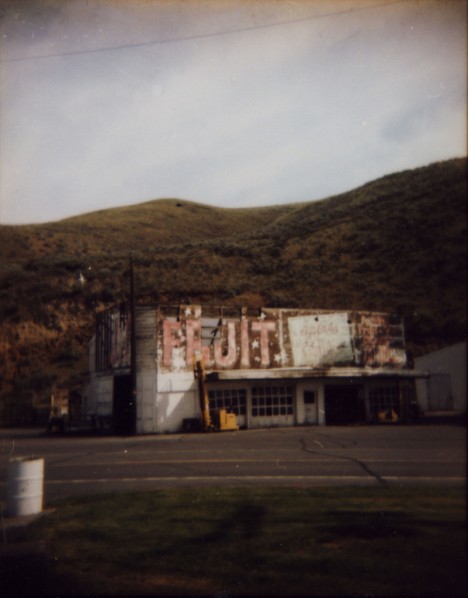 Those cheap, quirky & cultish Holga cameras went out of production in late 2015 but the art of Holga photography has plenty of life in it yet. The above images of an abandoned “Aplets and Cotlets” (traditional middle-eastern confections made from apples and apricots, but you knew that) stand in eastern Washington were taken on May 30th, 2010, by Flickr user William Jack Strain.