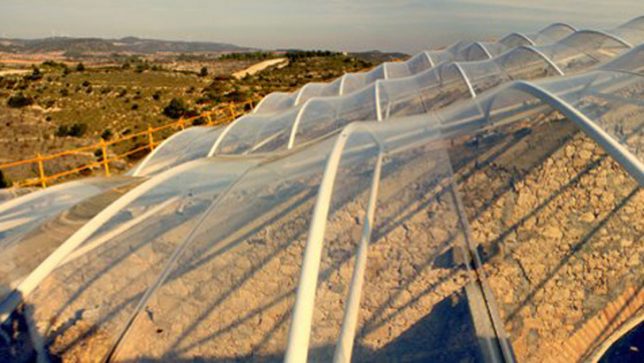 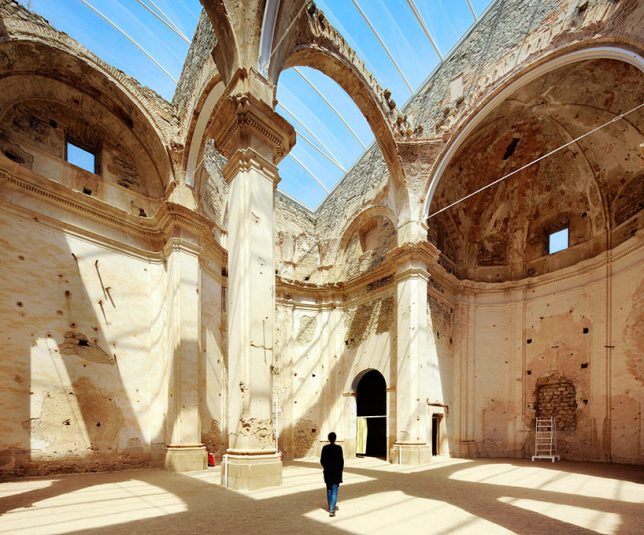 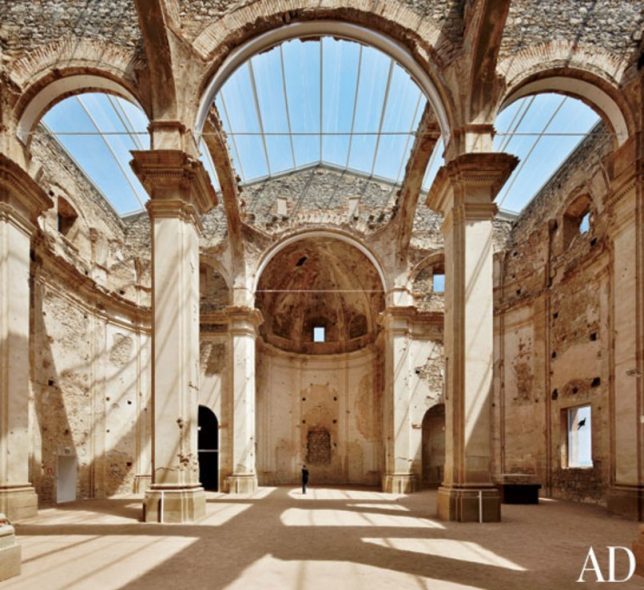 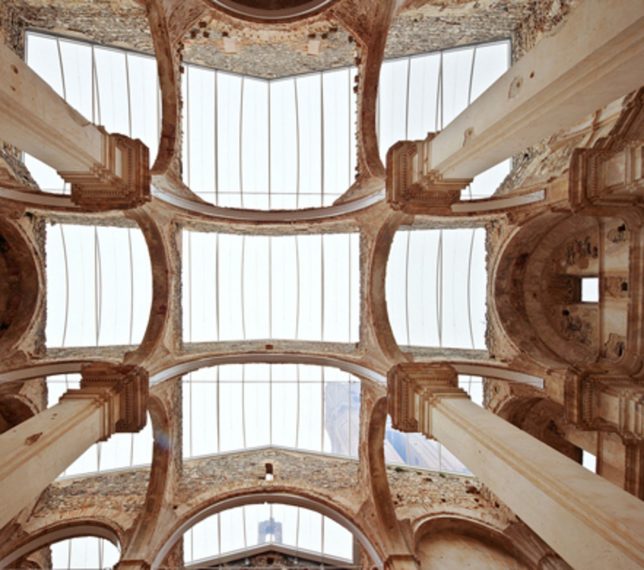 A series of ETFE panels create a weatherproof membrane around an old church in Corbera d’Ebre, Spain, which had seen its roof crumble away over the years after damage in the Spanish Civil War. The panels create a new roof structure that preserves the church as it is now rather than attempting to restore it. Though this type of plastic is quite thin and can be easily damaged, it was only used out of people’s reach and is inexpensive to replace. 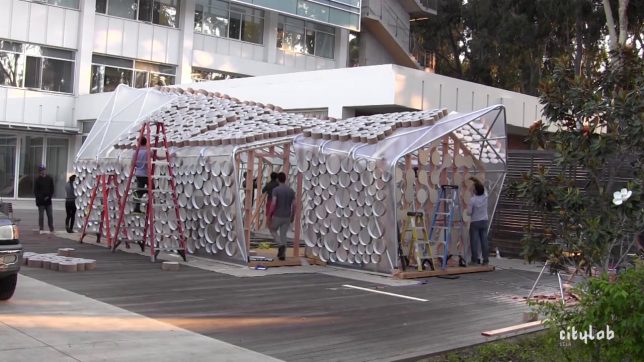 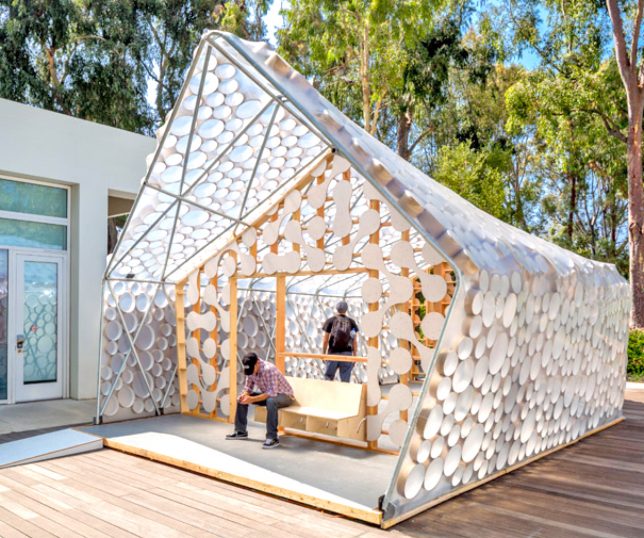 The BIHOME is a ‘lightweight cottage’ designed for the backyards of homes in LA as a “habitat for people while also enhancing the backyard habitat for other species.” The open-air, ETFE-plastic-skinned structure offers additional living space without displacing native vegetation and species like lizards and birds. 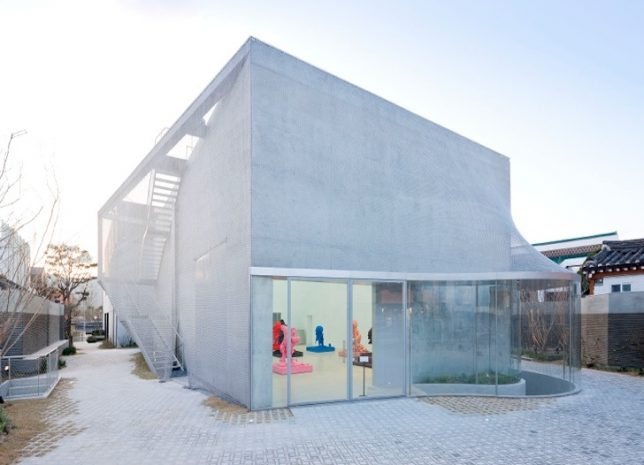 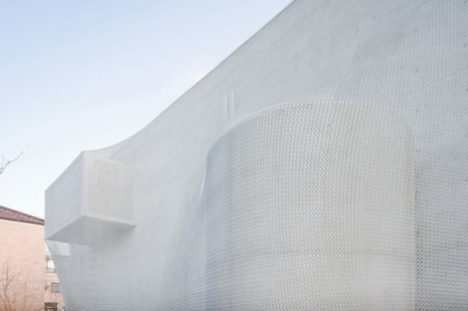 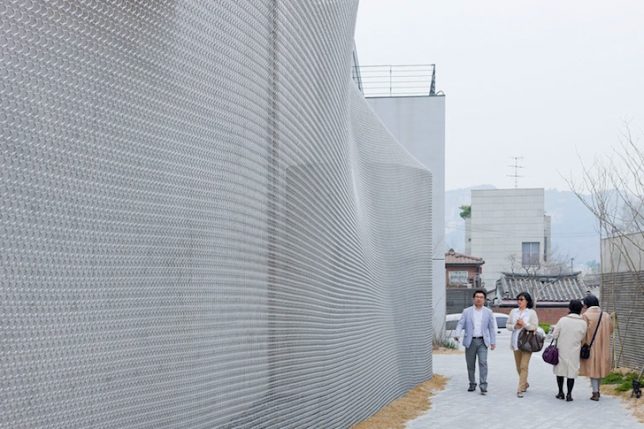 It looks like draping fabric, but the membrane stretching around the Kukje Art Center in Seoul, South Korea is actually a sunlight-diffusing mesh ‘armor’ composed of thousands of small steel rings. Stretchy and pliable, the membrane is pulled taut around architectural features like stairs while simultaneously disguising less than aesthetically pleasing things like air conditioning units. Like the shrink-wrapped storefront, this project was created by SO-IL. 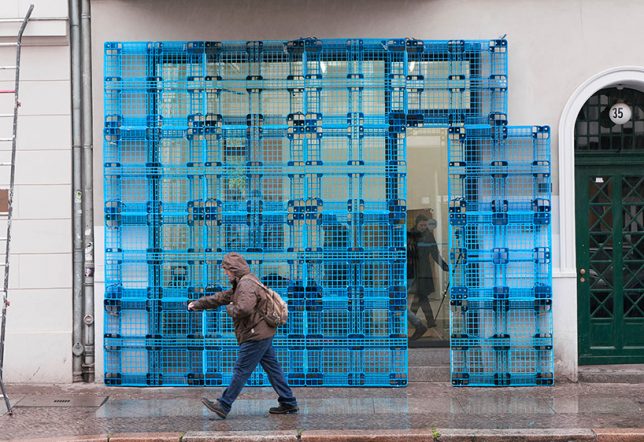 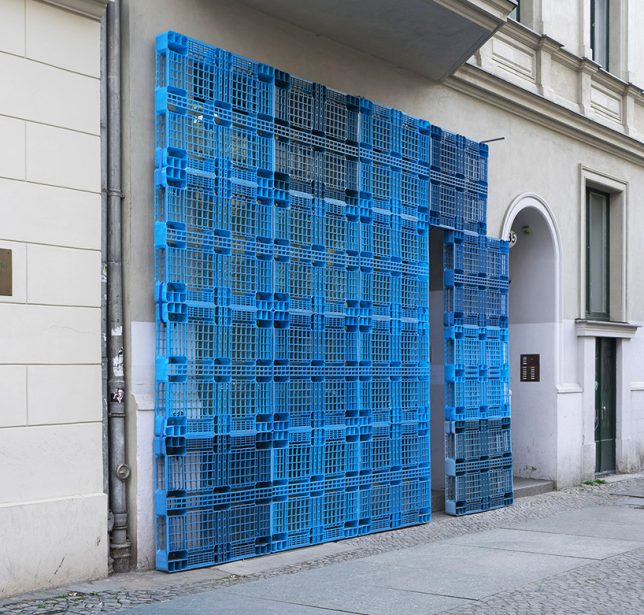 Once repurposed, everyday materials can sometimes produce a surprisingly fresh effect, as in the case of this installation by Berlin-based artists BORGMAN | LENK at the Aquavit Gallery. ‘Rekonstruktion’ uses disposable polycarbonate pallets to build a gridded facade that filters light inside the space. 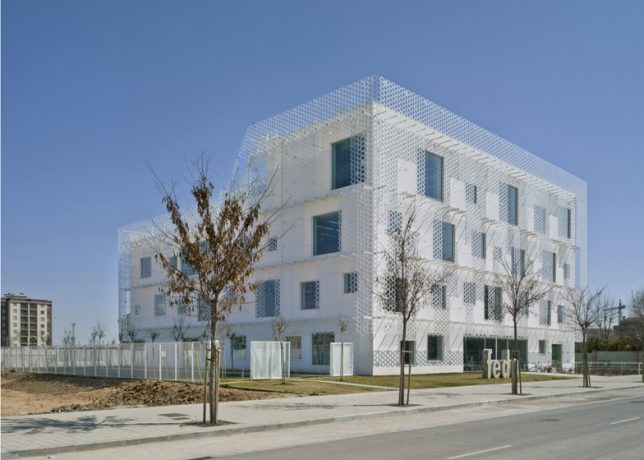 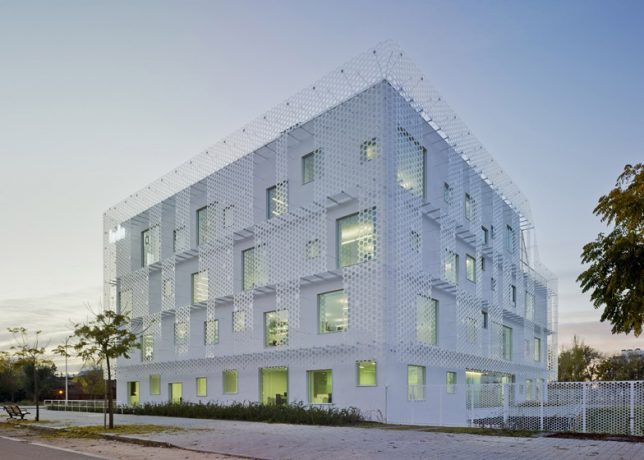 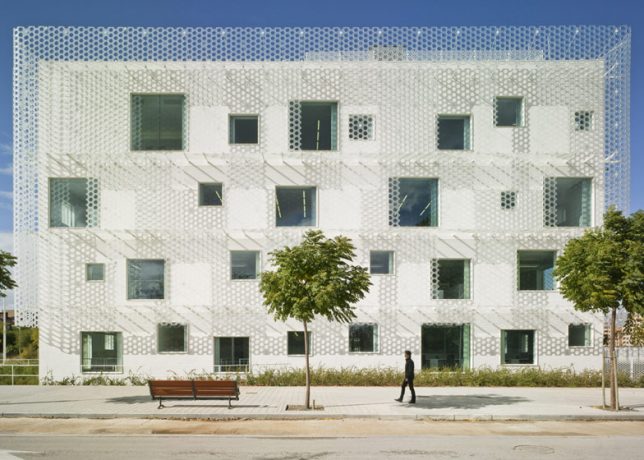 A perforated plastic skin juts out from the exterior walls of this office building in Spain by Cor & Asociados. The thin layer of transparent plastic overlaps the windows in some areas and obscures the true form of the building. “Our intention was to cover the volume of the building with a veil capable of blurring it and making it change,” say the architects. “We wanted the building to react to the variations of weather and the movement of users with different levels of brightness and textures.”