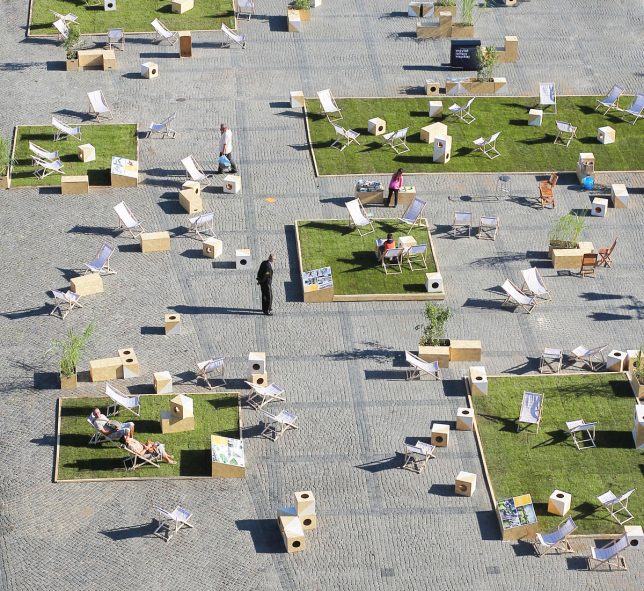 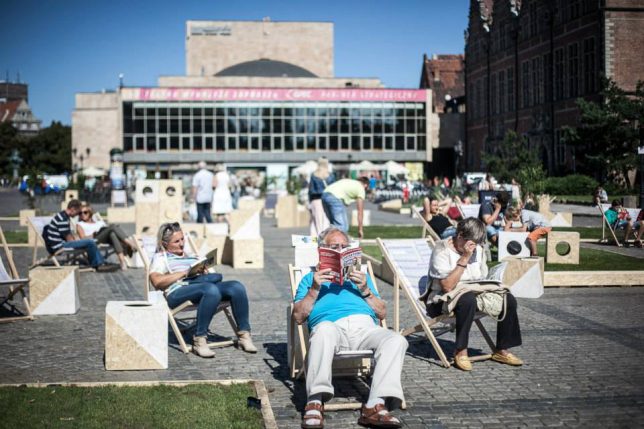 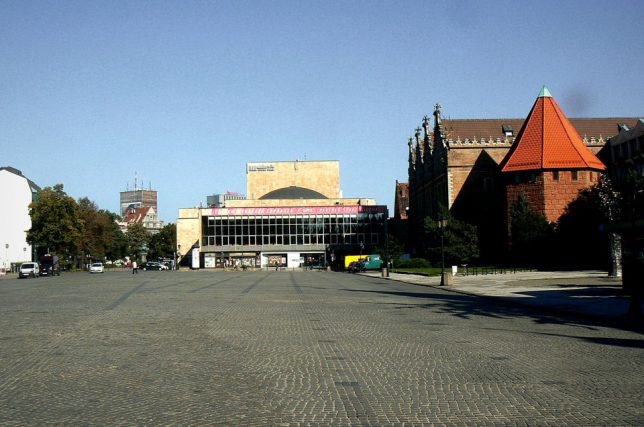 Historic yet nearly always empty, Poland’s Targ Weglowy Square in the cit of Gdansk is in need of an overhaul. A group of artists and designers collaborated with City Culture Institute to infuse the space with vibrancy and activity. The Gdyby Group (which translates to ’What If’) placed turf, folding chairs and wooden blocks in the square to give city residents an opportunity to create mini parks of their own design. Kids turned them into playgrounds, while adults created zones for socializing and relaxing.

“The idea of the new development and actions on the Targ Weglowy Square came at a time when the parking function disappeared from the historic square,a nd nothing new has come in its place. Car-free space presented the opportunity to propose a new, organized public square, which the main city in Gdansk lacks. City Culture Institute in collaboration with GDBY group proposed temporary space in the form of urban grassland rooms, as one of the many possibilities of organizing this space and to inspire some subsequent actions.” 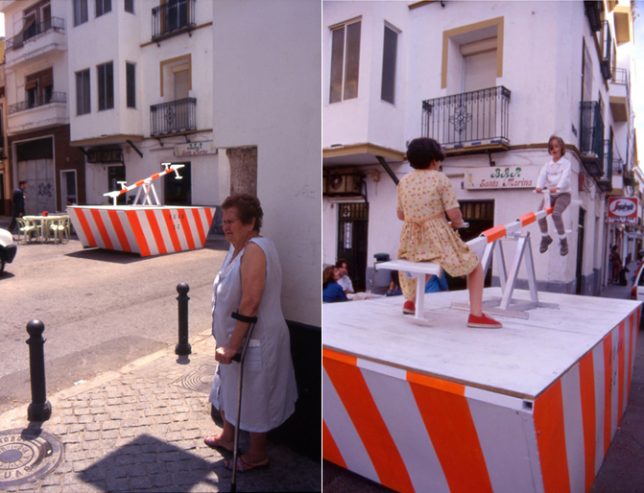 Spain-based city hacking collective Recetas Urbanas shows us some of the potential uses for dumpsters around the city, transforming them into swimming pools, see-saws, skateboard ramps and more. They outline a process on their website for ‘taking the streets,’ explaining how to get a permit from the urban planning department to make use of the space. 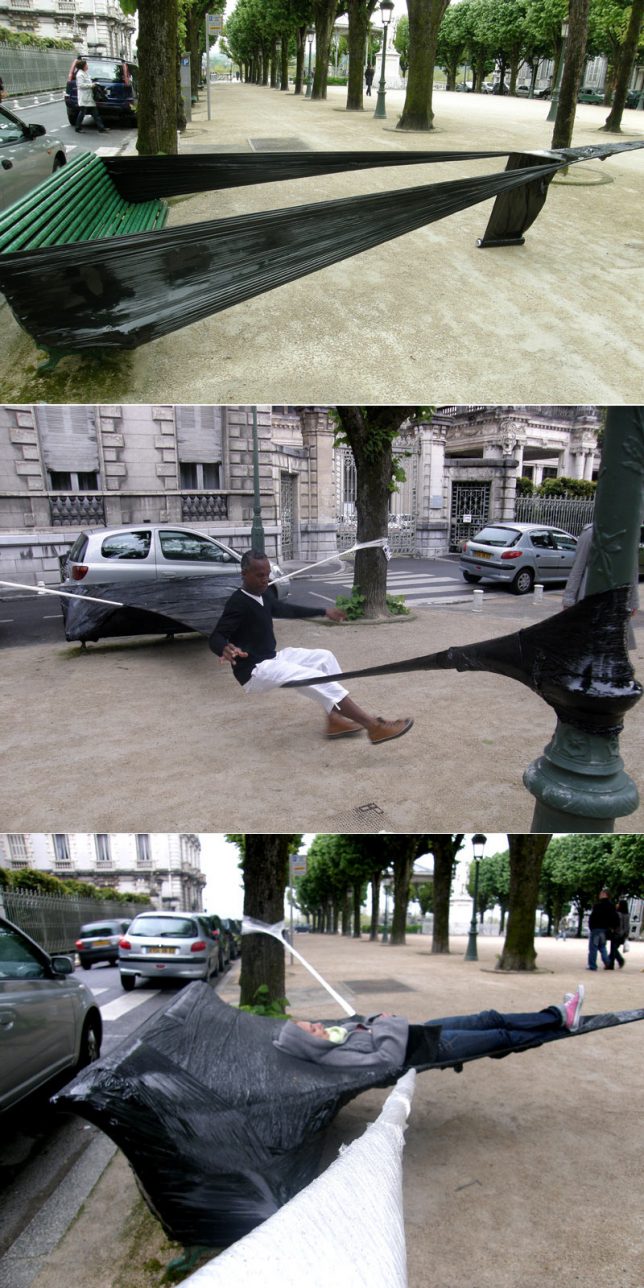 Artist Cedric Bernadotte used no more than a few rolls of packing tape to create a more comfortable arrangement of public furniture in Toulon, France, adding large tables, benches and hammocks to the sidewalks with trees, lamp posts and other items co-opted as supports.

Pallet Bench on a Bike Rack by Florian Riviére 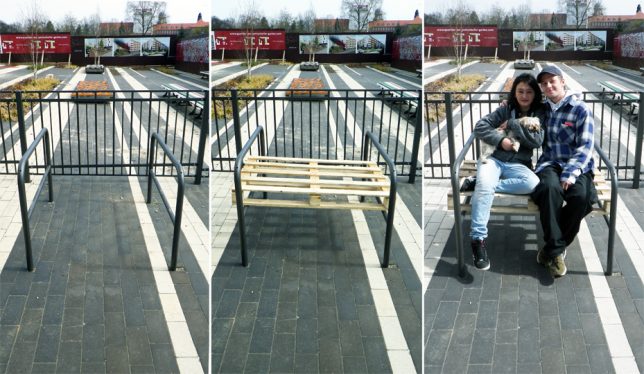 Florian Riviére once again proves how easy and cheap urban hacking can be by sticking a pallet between two bike racks to create a bench. 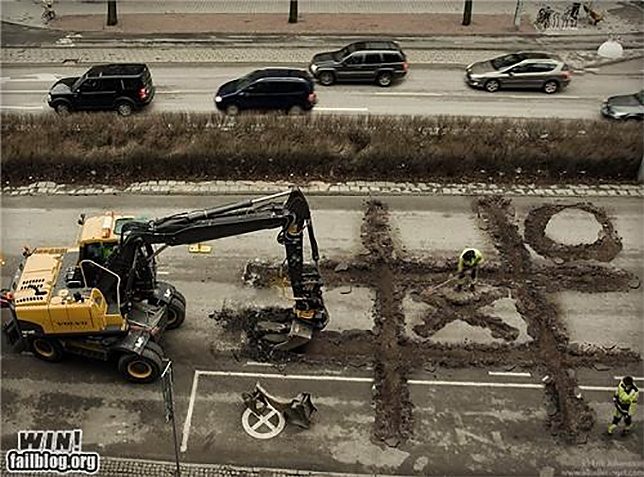 Anonymous hacktivists commandeered a static construction site to make it look as if the workers were doing no more than playing tic-tac-toe in the streets for this humorous intervention.