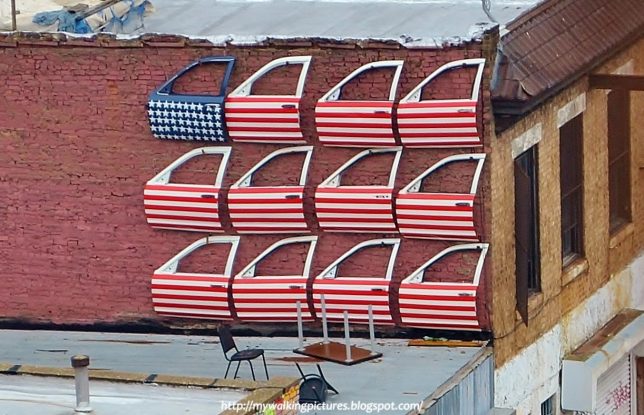 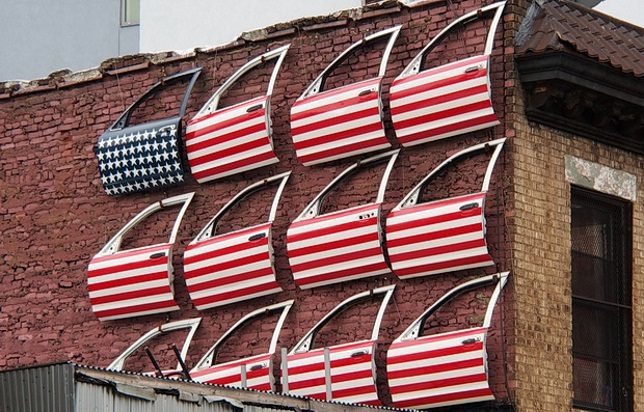 New York neighborhoods near the Williamsburg Bridge are fairly choked with graffiti and street art – some good, some not so much. The above American Flag formed from a dozen painted and mounted car doors, however, is definitely worth honking your horn about. 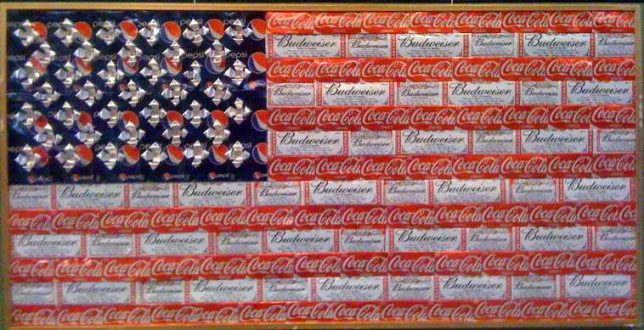 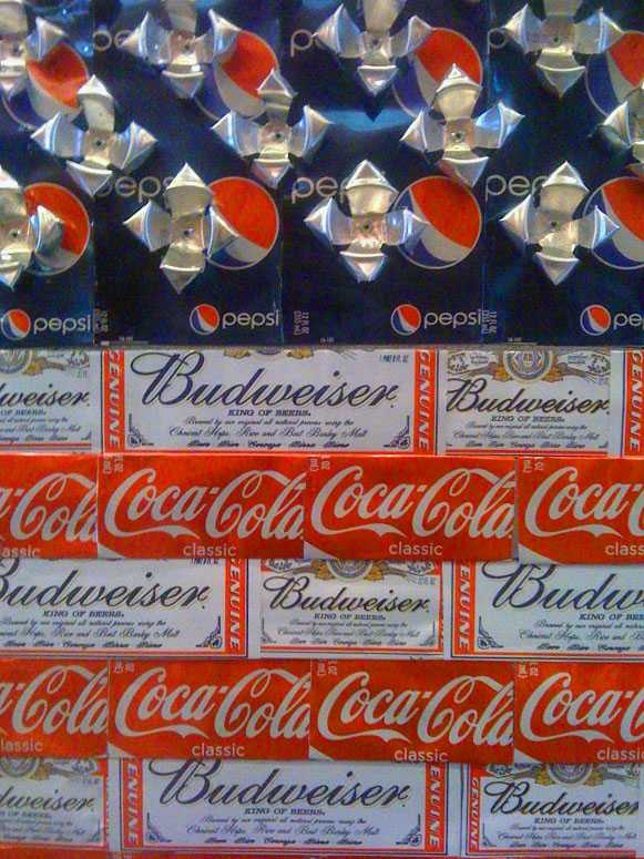 Stuart Wagner‘s “All American Flag” was crafted using empty cans of Coke, Pepsi, and Budweiser beer, framed in wood for display purposes. We can safely assume Wagner never got thirsty while creating the piece. 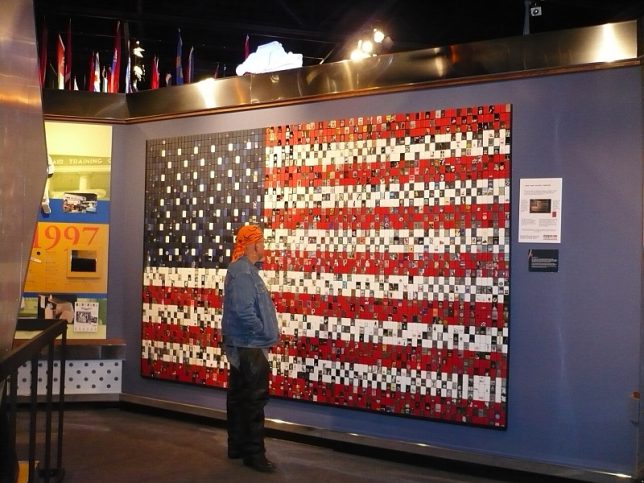 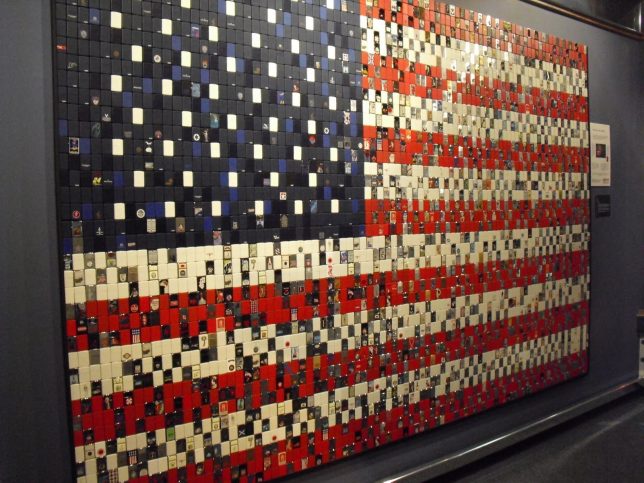 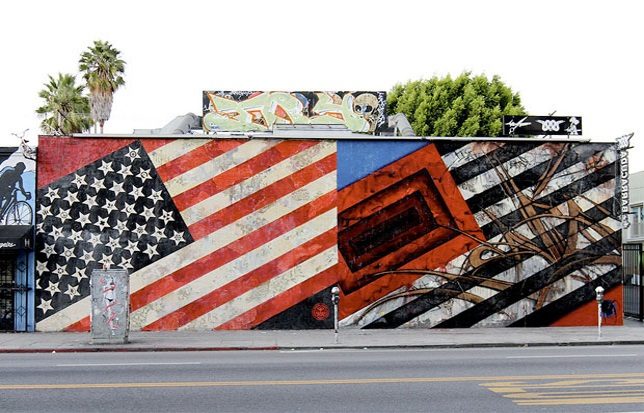 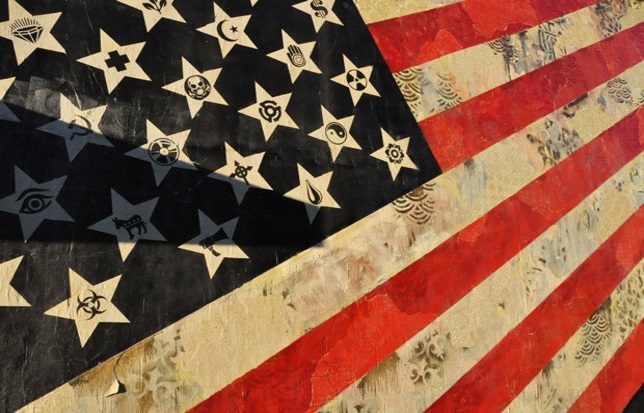 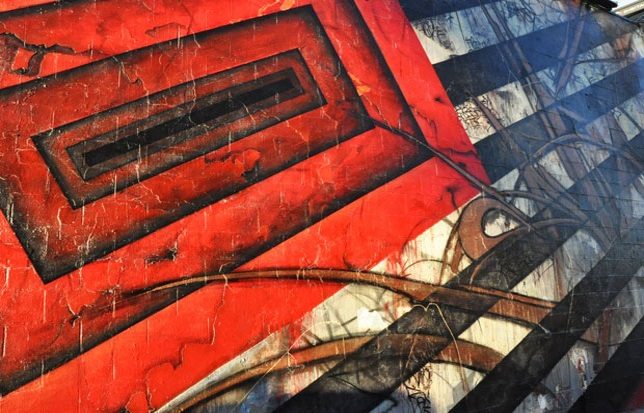 In 2010, graphic designer Shepard Fairey (famed for his Barack Obama “Hope” poster) and graffiti artist SABER teamed up to create the Dueling Flags mural above. The “canvas” was the side of the De La Barracuda store building at 7769 Melrose Avenue in downtown Los Angeles, CA.