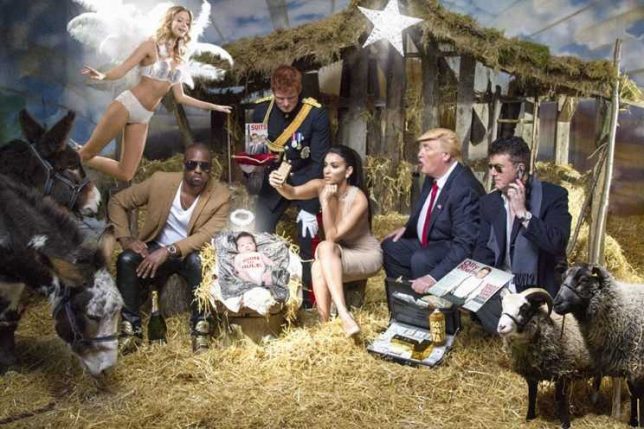 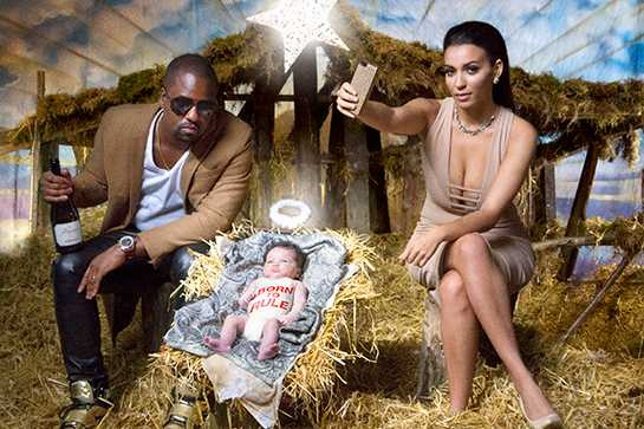 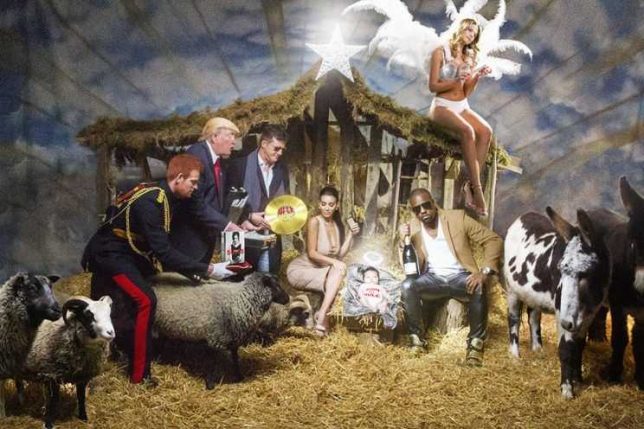 “The Christmas we get, we deserve,” sang the late Greg Lake in “I Believe in Father Christmas“, and the celeb-infused nativity scene above pretty much encapsulates the all-too-real reality show that was the year 2016. Try and trump that, 2017! Credit the online fashion site Lyst with commissioning the star-studded scene above. 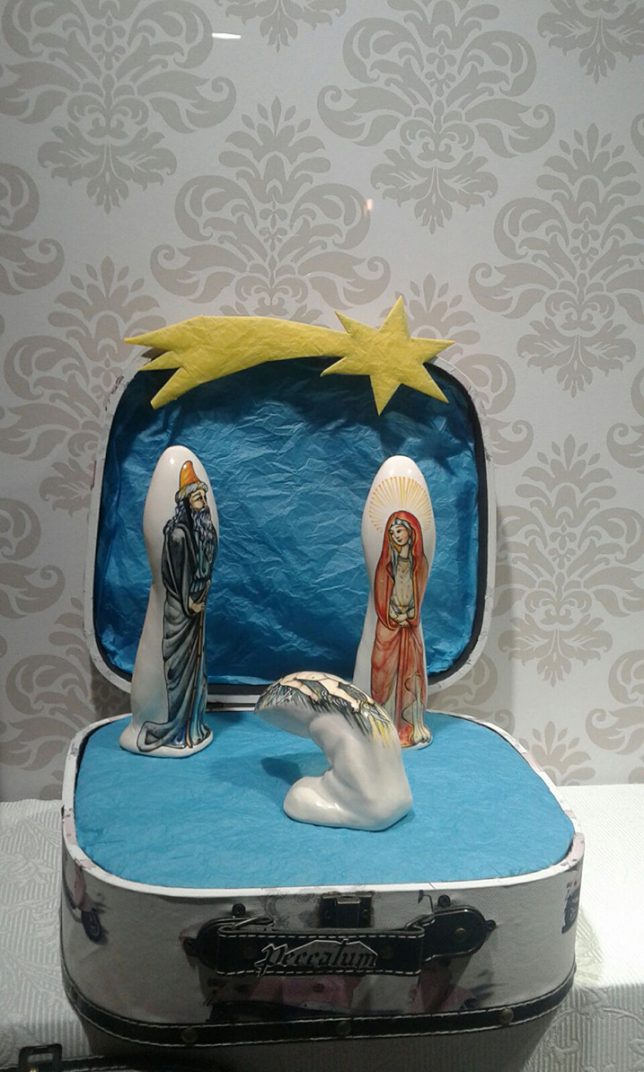 Shop-owners in Spain often get into the spirit of the season by setting up ad-hoc nativity scenes from their store’s main merchandise in their display windows. All well and good… until a marital aids (ahem) shop tried to join the party. Non Sit Peccatum, a sex shop in the town of Talavera de la Reina near Toledo was vandalized soon after the salacious scene debuted and according to store-owner Héctor Valdivielso, a group calling themselves the “Children of the Virgin Mary” had launched a boycott of his store. Fear not, Héctor, we’re guessing members of that group don’t shop at adult novelties stores much anyway. 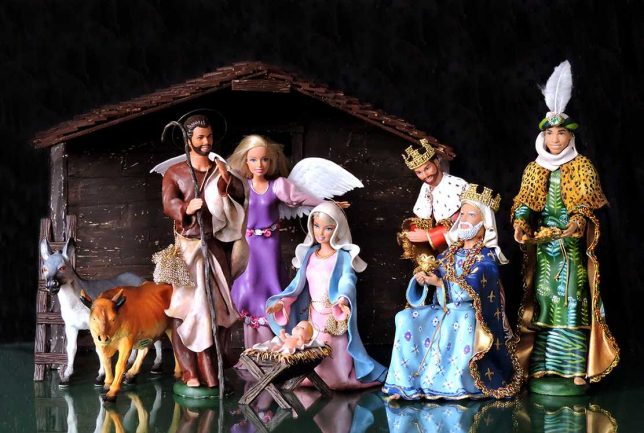 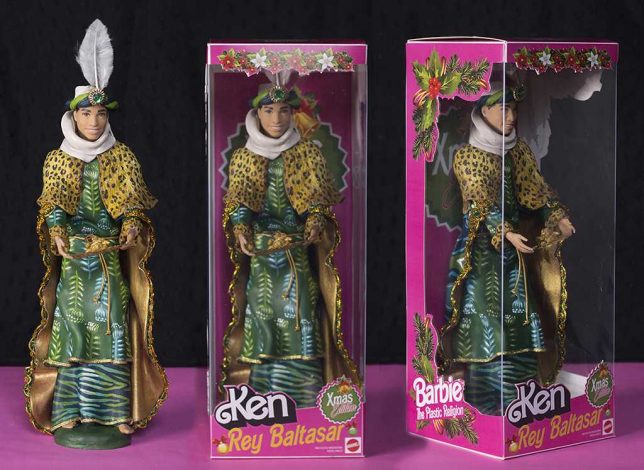 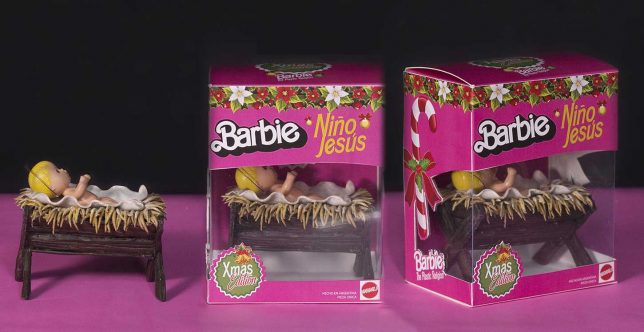 Argentine artists Marianela Perelli and Emiliano Paolini have adapted a heavenly host of Barbie, Ken and associated accessory figurines to create “Barbie, The Plastic Religion” – a commentary on society’s superficiality when it comes to the Christmas spirit. The Rosario, Argentina-based pair plan to take the exhibit on the road around the world, though there are no plans as yet to include Bethlehem as a tour stop. 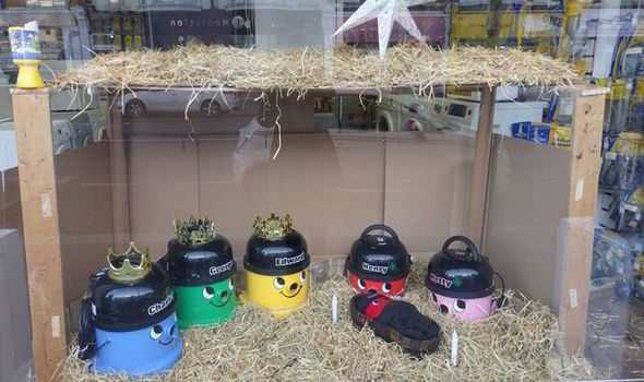 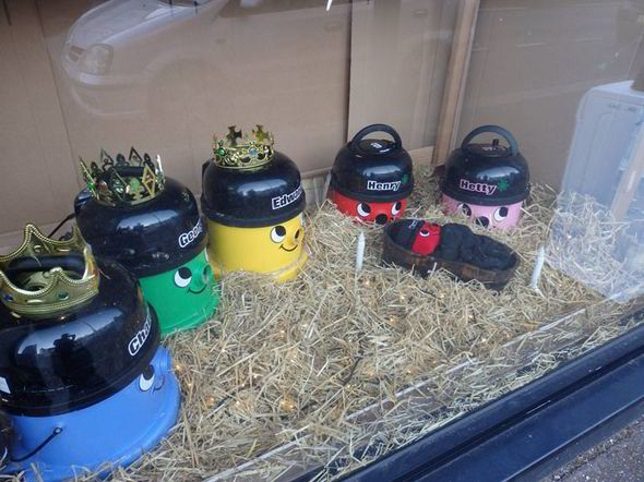 Who says the holiday season sucks? Not Kris sale, a 44-year old Brit who runs a home appliance store in Westcliff-on-Sea, Essex, UK. Sale and his son Ashley set up a rather “clean” nativity scene in the store window using Henry vacuum cleaners, though one was labeled “Hetty” for obvious reasons.