Considering that the United Kingdom leads the European Union in food waste at over 15 million tons per year, spreading the concept of free community refrigerators could make a huge impact. Households in the UK toss out an average of 24 edible meals every month, and those figures are even worse in the United States, where about 40 percent of all food goes to waste. One project in London aims to prove just how powerful diverting that waste could be with ‘The People’s Fridge,’ where anyone can donate food or take what they need. 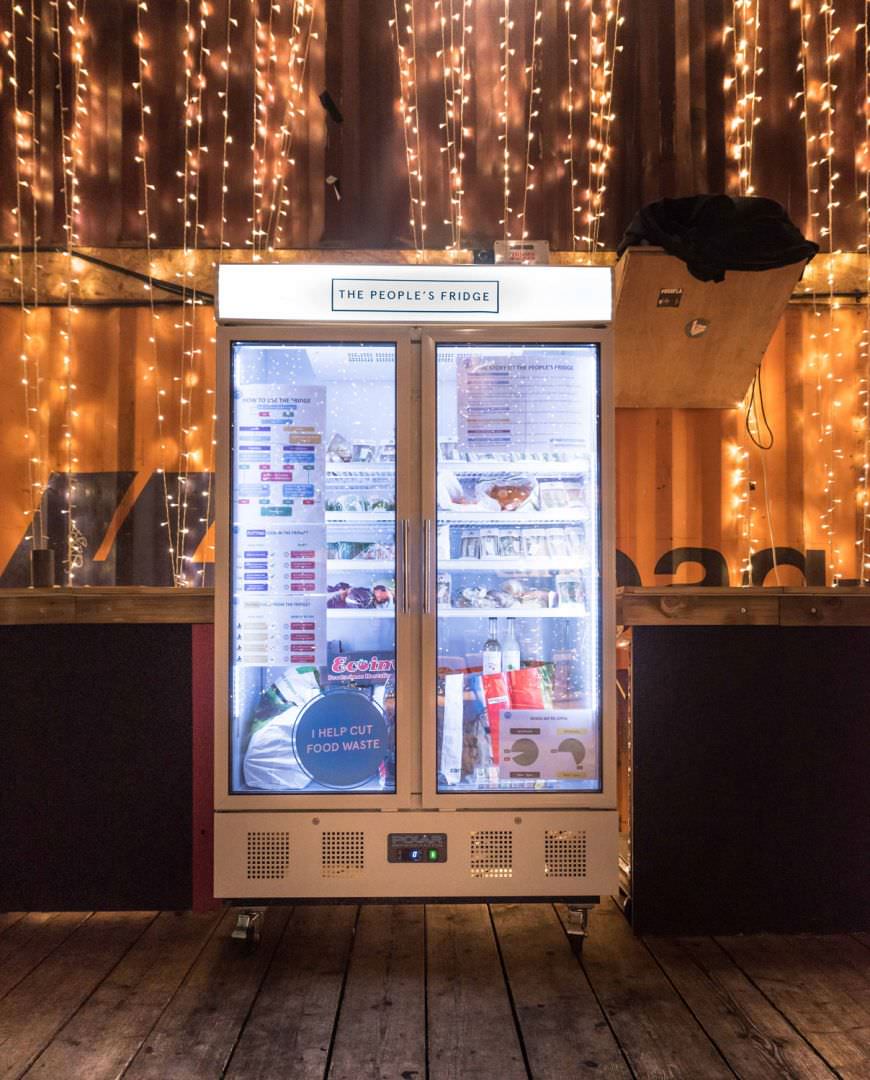 Located in Brixton, South London and open to the public, The People’s Fridge is run by a group of volunteers aiming to help tackle food poverty and cut food waste all at once. The crowdfunded project joins similar campaigns launched in Spain, Germany and India as well as other cities in the UK.

The folks running the project have a few simple rules to keep things fresh and manageable: offer prepared and cooked foods from certified businesses only as well as fruits, vegetables, bread and unopened packaged foods. Homemade foods, raw meat and seafood and opened milk are not allowed to prevent issues with spoilage and ensure that all ingredients are known.

Fruit, baby food, Coca-Cola, vegetables, almond milk. All available for free in @PeoplesFridge. Find us at the back of @PopBrixton. pic.twitter.com/gD6PZYzvTl

So far, photos of the fridge on the project’s Twitter show the shelves brimming with fresh produce, beverages, sandwiches, cake and other treats. Employees at Pop Brixton, the venue where the fridge is located, clean and organize the contents daily.

Got spare food you won’t get a chance to eat? Pop by and donate it to @PeoplesFridge Find us inside @PopBrixton by @HubBrixton pic.twitter.com/hp5u7XsdVQ

“We want more people to be talking about cutting food waste!” says Olivia Haughton, a member of The People’s Fridge team. “In the process of saving food from the bin we provide a source of fresh food for anyone who needs it. The fridge works really simply. People with food to donate can bring it at any time during the day. All they have to do is fill in a quick register of what they’re donating and when, then anyone can come and help themselves. There is no policing of who benefits from the fridge, all we ask is that people don’t take food if they suffer from any food allergies and that they sign the food out of the fridge when they take it.”