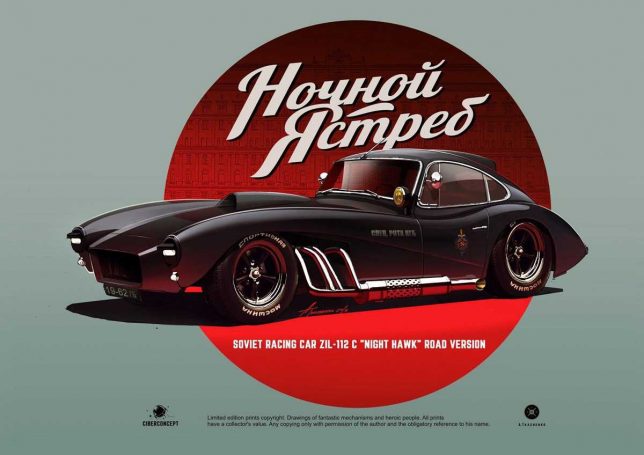 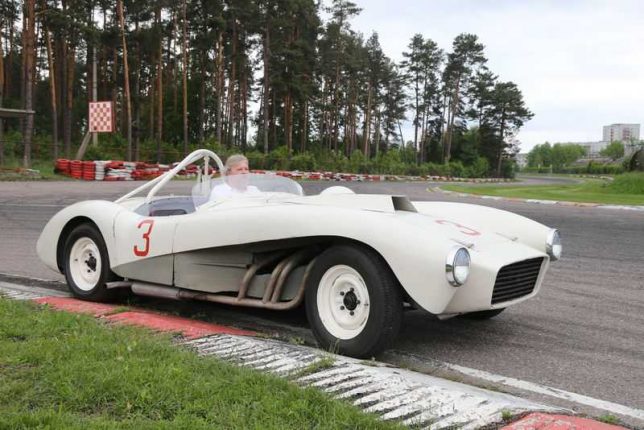 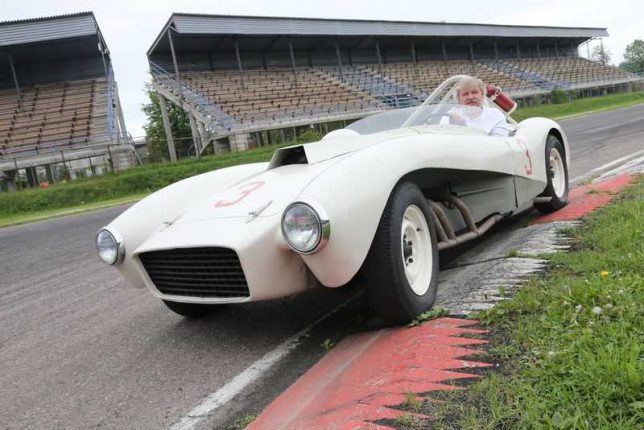 Only two ZIL-112S sports racer roadsters were manufactured by ZIL (Zavod Imeni Likhacheva), both in 1961. Powered by V8 engines and styled after Ferrari’s 250 series, the ZIL-112S won the USSR racing championship in 1964 and 1965. Who even knew there WAS a soviet auto racing circuit? In any case, the old “race on Sunday, sell on Monday” maxim didn’t fly in the USSR but if it did, Andrey Tkachenko’s rendition of the ZIL-112 C “Night Hawk” might have given the contemporaneous Jaguar XK-150 and early Shelby Cobras a run for their rubles. 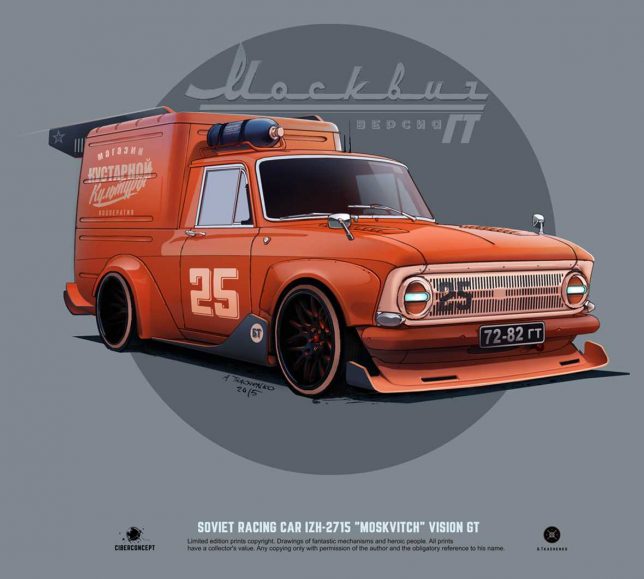 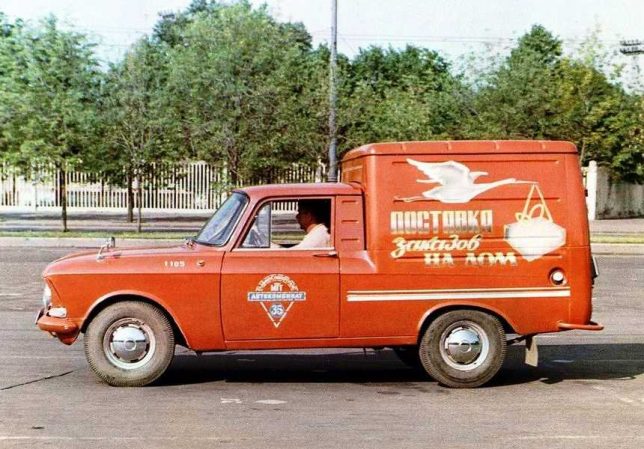 The Moskvitch IZh-2715 dates from the 1970s and appears to be a pickup truck from the front and a cargo van from the rear. Speaking of rears, our real-world example above would seem to be owned by a diaper delivery service. Tkachenko has no time for that crap, re-imagining the humble truckster as the formidable Moskvitch Vision GT. Can you see a fleet of these screaming around an oval in some soviet version of NASCAR’s Camping World Truck Series? Neither can we though that would have been awesome.

The Wages Of ZIM 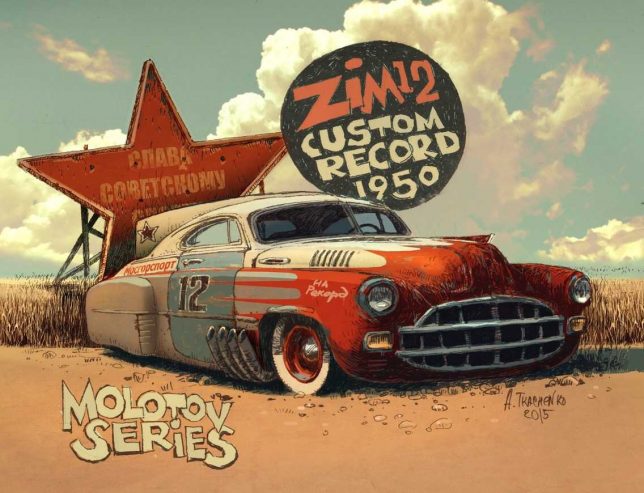 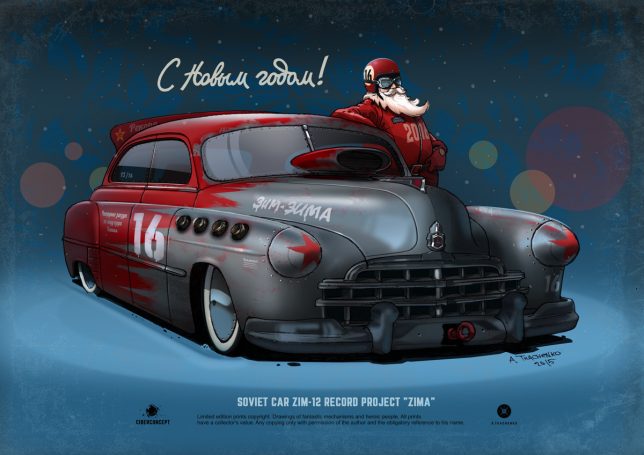 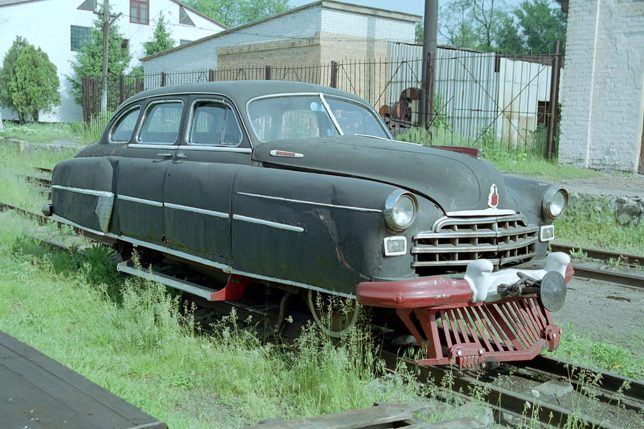 Andrey Tkachenko thinks the GAZ-12 ZIM is so nice, he drew it twice. The ZIM preceded the GAZ-13 Chaika as the go-to soviet limo and executive car of the 1950s, though with over 21,000 produced over a decade a substantial number were purchased by well-to-do or well-connected citizens. Styling-wise, the ZIM displays obvious Buick influences that Tkachenko alluded to by installing hood portholes on his “ZIMA” ZIM above. Though Tkachenko’s renderings are undeniably impressive, you just have to appreciate the raw ballsiness of a ZIM limo fitted with a cowcatcher riding on railway wheels. Great Scottsky!

You Talkin’ To Me, Comrade? 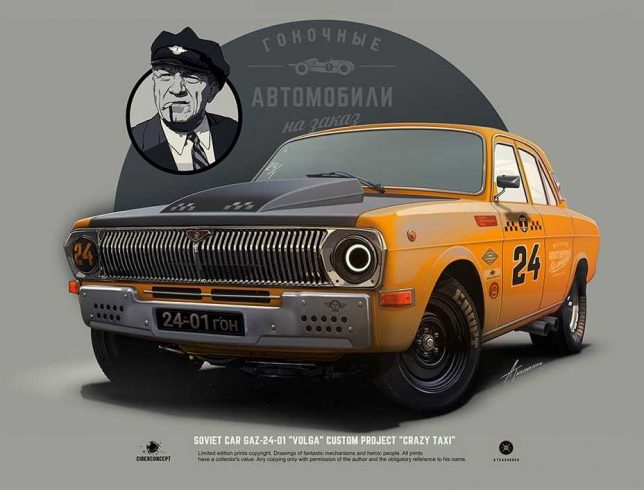 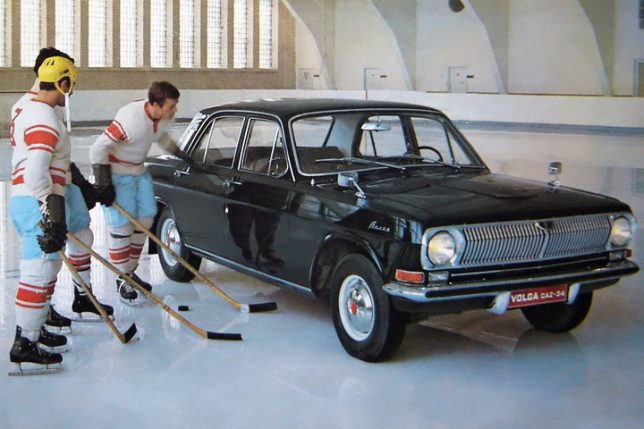 While the GAZ-21 Volga featured Fifties styling throughout its up-to-1970 production run, the GAZ-24 Volga that replaced it displayed vastly more modern Sixties style over its 1970-85 tenure. Call it progress, soviet style! Volgas have historically been the most common taxi of the USSR and Tkachenko pays homage to the cars and their drivers with “Crazy Taxi”, a souped-up sedan even Travis Bickle would be proud to drive.