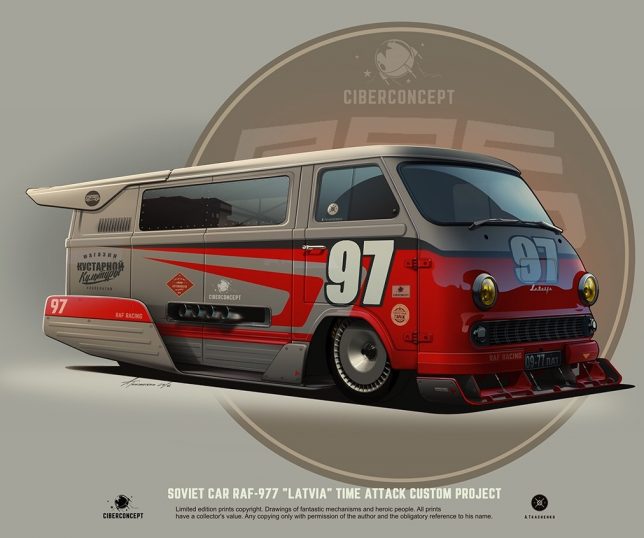 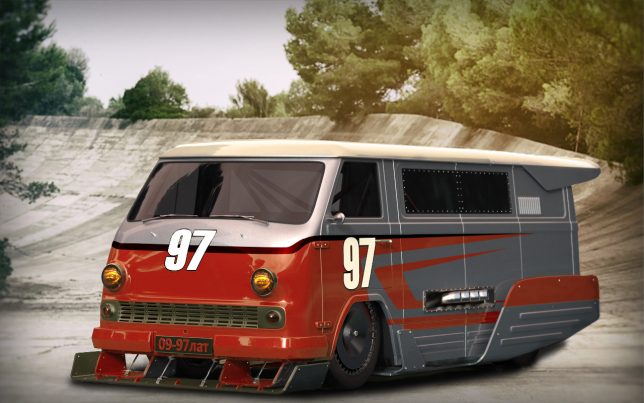 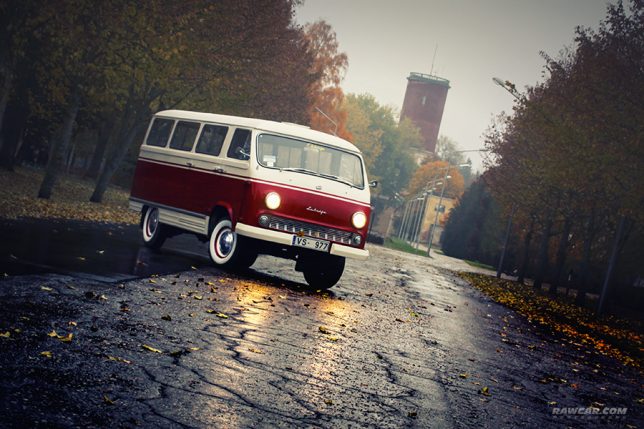 Quick, name something made in Latvia… if you answered “RAF-977 vans“, congratulations, you’re in some very rare company – possibly the Riga Autobus Factory in Jelgava, Latvia from which the abbreviation “RAF” is derived. These ubiquitous 10-passenger minibuses and ambulances were manufactured in the former Latvian SSR between 1958 and 1976. Andrey Tkachenko’s RAF-977 “Latvia” Time Attack Custom Project struck a chord with artist Igor Rakovich who created a homage using “hi poly modelling, modeled in 3d max, rendered in keyshot.” 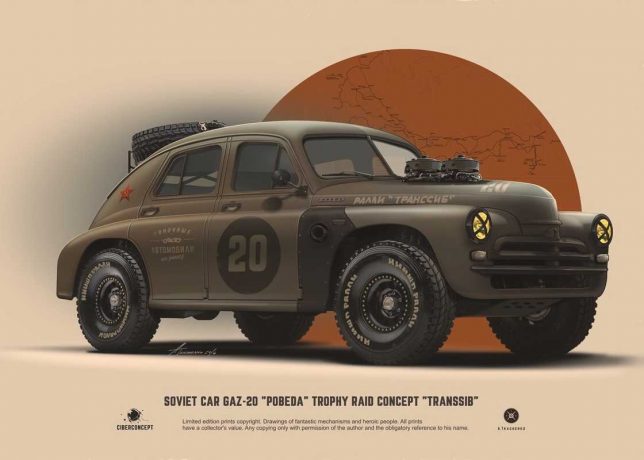 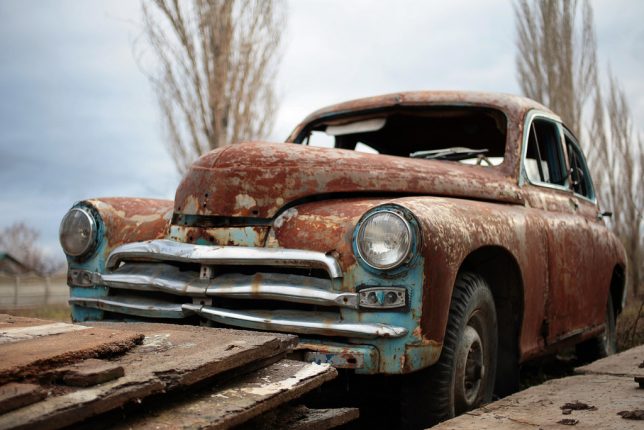 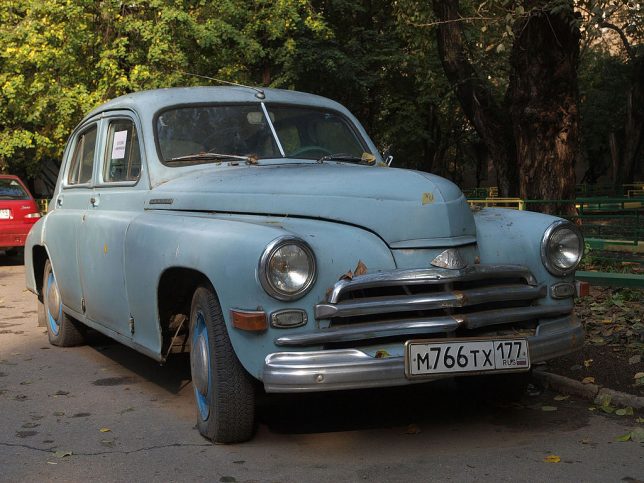 The GAZ-M20 “Pobeda” (“Victory” in English) was a style stunner at its 1946 debut, displaying a sleek, slab-sided “ponton” body in advance of many Western automakers. By the end of its quarter-million unit production in 1958, however, the Pobeda was waaay behind the times stylistically though it deserves praise for jump-starting the post-war soviet auto industry. Like most soviet vehicles, the Pobeda was engineered to cope with 66-octane gasoline and Russia’s miserable roads… it would probably been a rally racing warrior had the authorities given the OK. Tkachenko’s GAZ-20 Pobeda Trophy Raid Concept “Transsib” envisions what a rally-ready Pobeda capable of crossing Siberia might have looked like. 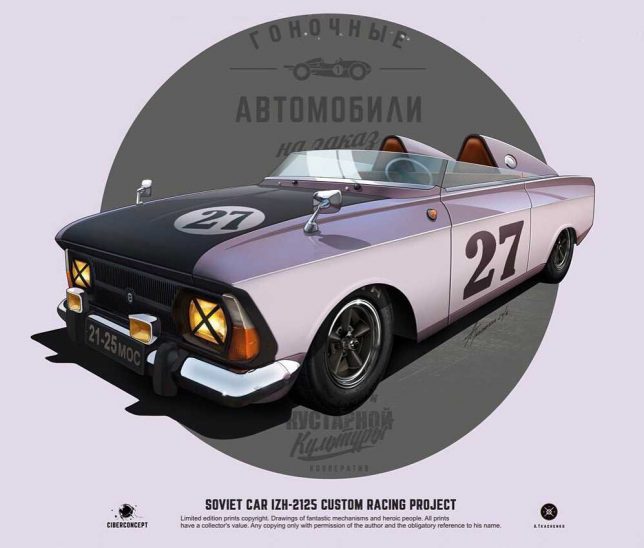 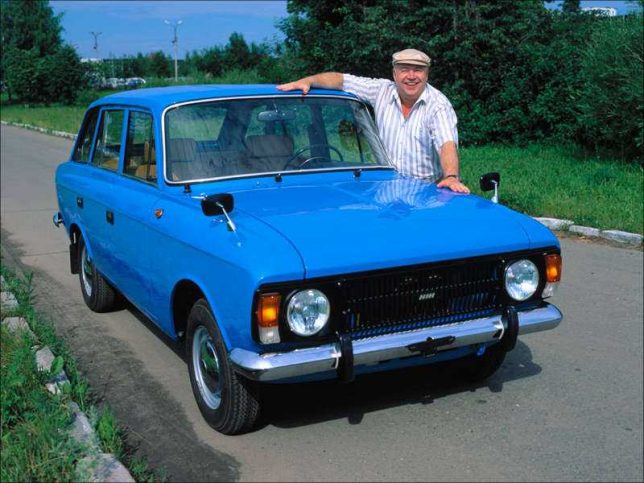 Based on the Moskvitch 412, the compact IZh 2125 “Kombi” was produced from 1973 through 1997. It bears the distinction of being the USSR’s first hatchback though if we’re going to get technical, it’s more like a stunted station wagon. But let’s not nitpick – the humble Kombi was a sales success in both urban and rural environs over its long production run. Tkachenko thinks the Kombi could have been much, much more, however, and his “Custom Racing Project” Kombi certainly looks as if it could take on the world’s best road racers. Features like the cut-down windshield, custom side glass and Thunderbird Sports Roadster-style tonneau cover add vintage panache while the dainty donkey ear fender-mounted mirrors imbue a dash of whimsical charm.

Take Me To Your Lada 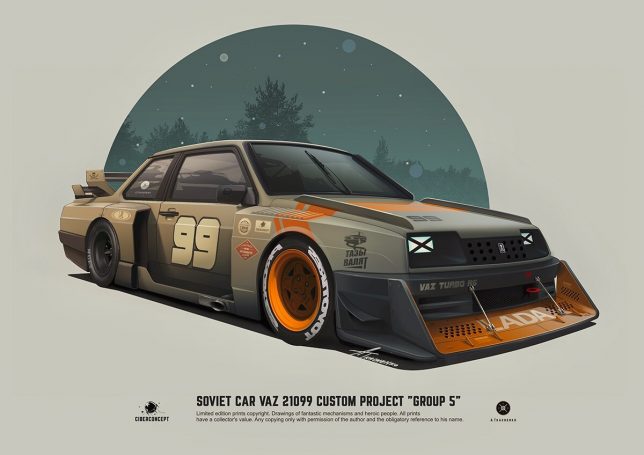 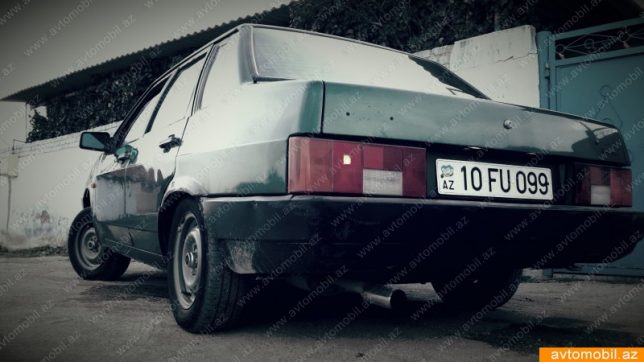 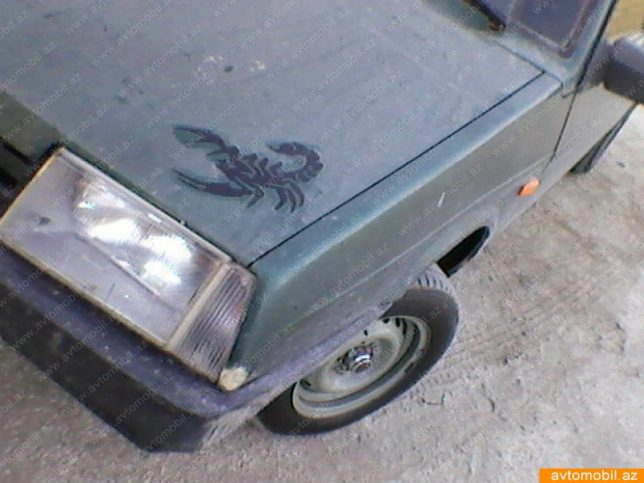 The VAZ 21099 was the penultimate version of the Lada Samara, also known as the Lada Sputnik (a much better name IMHO) in its home market. Introduced in 1984, this rather plain platform was manufactured through 2011 with the VAZ 21099 model making its debut in 1989. Our real-world example, sporting an edgy scorpion fender decal, is a ’99 sedan listed for sale in Azerbaijan. Tkachenko re-imagined the Samara-Sputnik as a wild Group 5 rally racer bedecked with wings and scoops a-plenty. One might dare to call it… Skoopnik.