Retro-futuristic architecture seems to exist outside of time, perhaps in parallel universes where the versions of the future envisioned by their creators actually became reality. They combine design elements from the decades in which they were built with futuristic elements as the architects imagined them, recalling the science fiction of their respective eras, often seeming like remnants from movie sets. Many still stand in a rapidly changing world, feeling like portals to somewhere very far away. 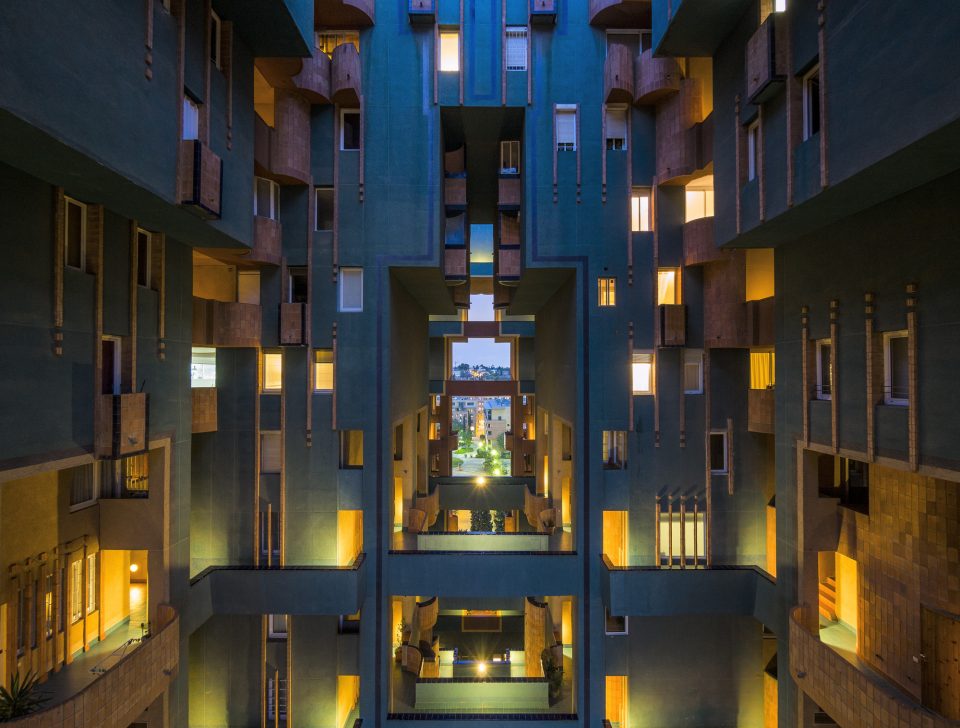 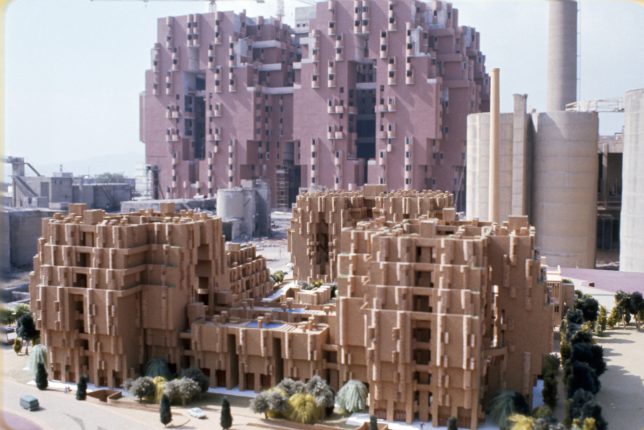 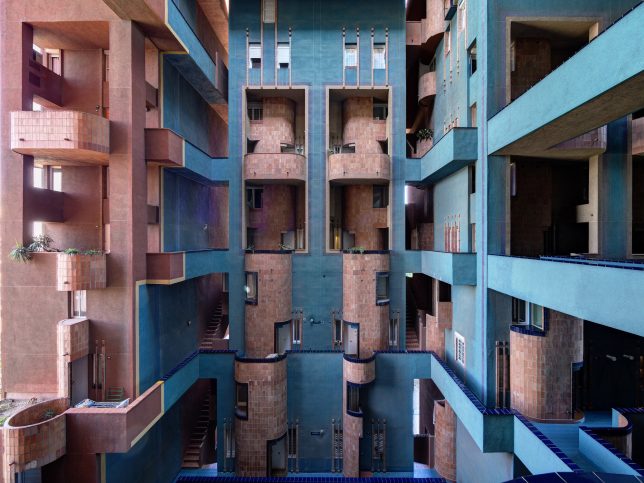 Built in 1975, this housing structure by Ricardo Bofill located outside Barcelona, Spain takes inspiration from the science fiction novel Walden Two by B.F. Skinner. It originally included 446 residences in 18 towers, resulting in a labyrinth organized around seven interconnecting interior courtyards. Bofill imagined that this structure would be a utopian urban residence addressing many of the problems of urban life, with space for gardens and social interaction as well as two swimming pools. The high rise still stands and functions as an apartment building, with some units combined to create larger spaces. 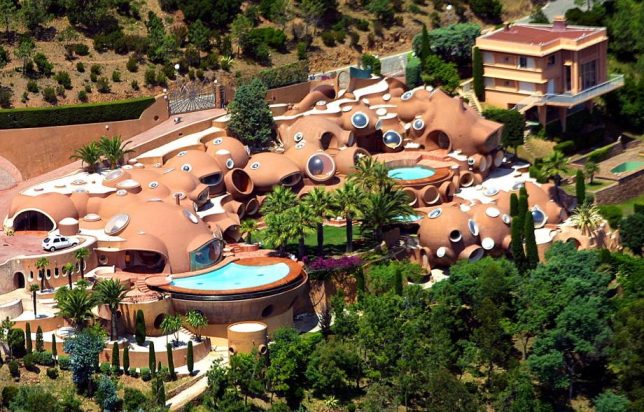 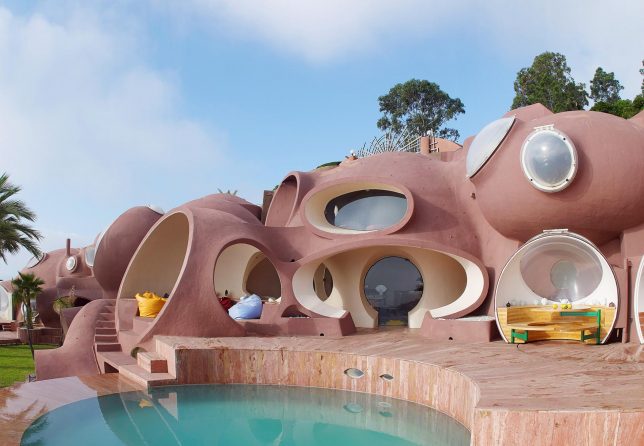 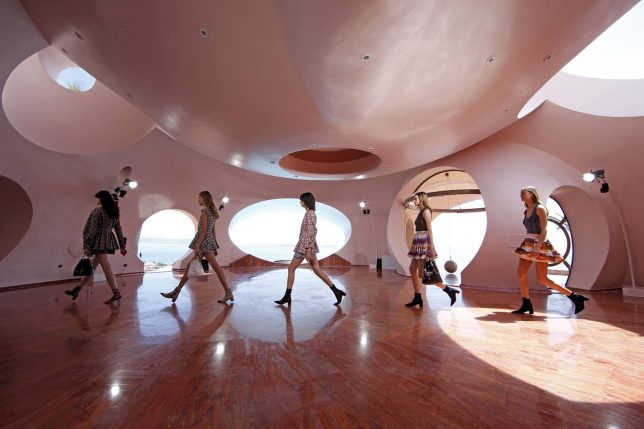 The strange and bulbous Palais Bulles, or Palace of Bubbles, was built in 1989 on a cliff overlooking the Mediterranean Sea. Though it’s often used as a setting for fashion shoots and film festival parties, architect Antti Lovag emphasizes that how the structure is inhabited is its most important aspect. “Whether for economic reasons or lack of technical solutions, human beings have confined themselves to cubes full of dead ends and angles that impede our movement and break our harmony.”

Monsanto House of the Future by Monsanto 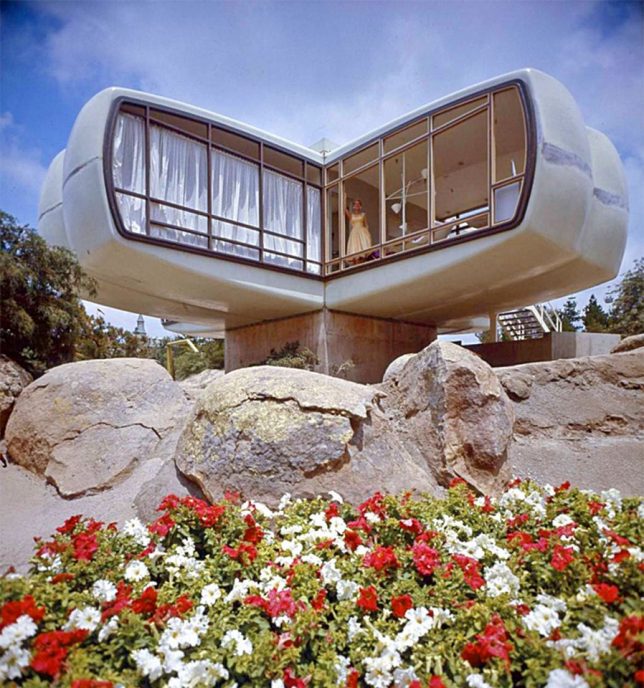 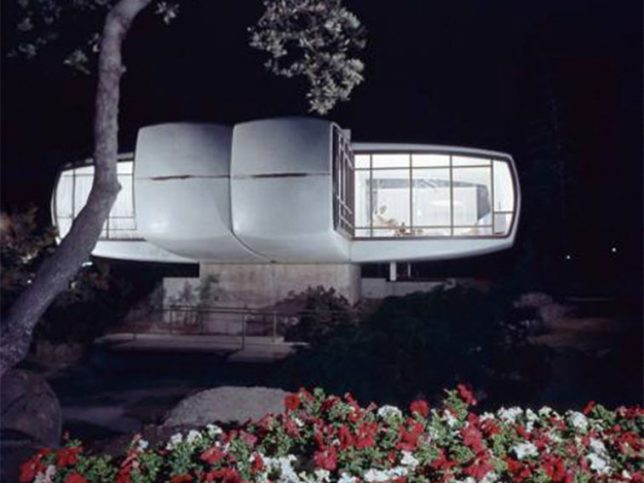 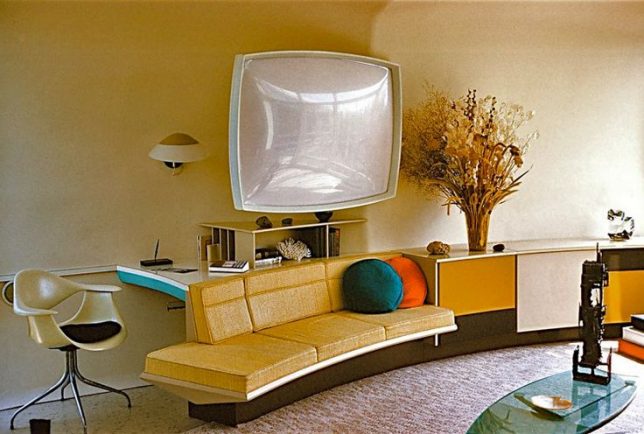 Did you know that infamous agrochemical giant Monsanto (known for creating Agent Orange during the Vietnam War) built a ‘house of the future’ at Disneyland in 1957? Located at the entrance to Tomorrowland, the house was designed by Monsanto in collaboration with MIT and Disney Imagineers, showcasing their vision of what life would be like in 1987. Made of fiberglass, the house was elevated on a pedestal with the intention of allowing it to rotate. Everything was modular and made of synthetic materials. Monsanto’s House of the Future closed in 1967, and though it was scheduled to be demolished in one night, the wrecking ball bounced off its tough facade, and a 2-week demolition job was ultimately required to take it down. 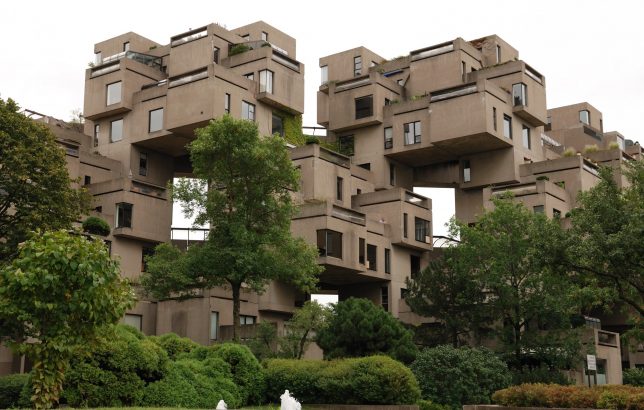 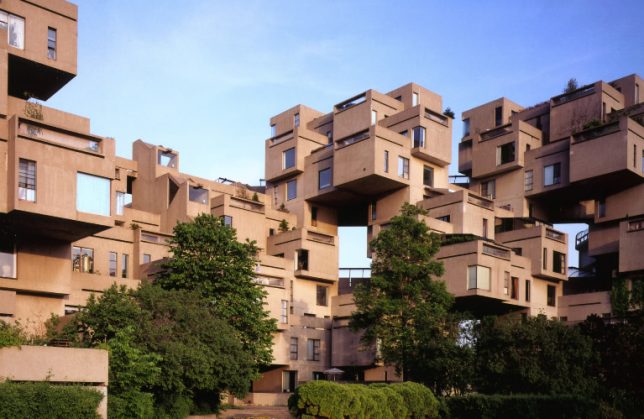 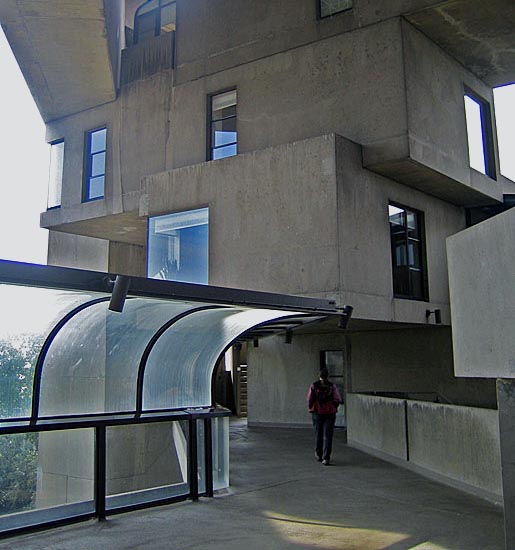 First built as a pavilion for the World’s Fair in 1967 after architect Moshe Safdie conceived it as his master’s thesis, Habitat 67 remains one of the most unusual buildings of its kind, featuring 146 residences and a network of interlocking forms and walkways. The architect wanted to maximize the amount of private space and natural environments within a small urban footprint, enhancing the quality of life with gardens, fresh air and views. It was intended to be the first phase of a much larger complex, but Safdie’s vision for futuristic affordable housing failed to proliferate due to the high per-unit cost of his design.